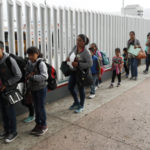 30 Jun 2019 – This new report from the United Nations proves that America’s regime-change operations have actually created half of the world’s refugees. It proves that America’s penchant for invading and trying to overthrow the governments that its billionaires want to replace (“regime-change”) has been by far the biggest of all single causes of refugees worldwide, vastly higher than any other government. 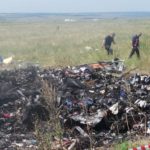 31 Dec 2018 – Finally, a clear and convincing — and unrefuted — case can now be presented to the public, as to precisely whom the guilty party was, that downed the MH17 Malaysian airliner over Ukraine on 17 July 2014, and why it was done. The complete case, which will be fully documented here, displays unequivocally who needed the MH17 murders (of 298 persons) to be perpetrated. 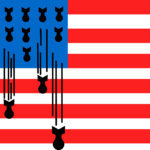 7 Aug 2018 – Such important reality as is shown in this picture is virtually unpublishable in mainstream US ‘news’media, because US ‘news’media need to deceive their public about the most important international realities — such as that the US imposed upon Ukraine a nazi regime against Russia, and the US now lies to accuse Russia for doing what Russia must do in order to protect itself from the US nazi regime next-door. This is the nonfictional, historical, version of George Orwell’s fictional novel, 1984. It is happening, right now.

9 Jul 2018 – The US Government (with France and a few other US allies) bombs Libya, Syria, etc.; and the US regime refuses to accept any of the resulting refugees — the burdens from which are now breaking the EU, and the EU is sinking in economic competition against America’s international corporations. 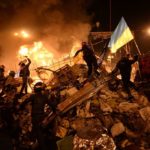 How and Why the US Government Perpetrated the 2014 Coup in Ukraine
Eric Zuesse | Strategic Culture Foundation – TRANSCEND Media Service, 4 Jun 2018

3 Jun 2018 – This will document that the ‘new Cold War’ between the US and Russia did not start, as the Western myth has it, with Russia’s involvement in the breakaway of Crimea and Donbass from Ukraine, after Ukraine — next door to Russia — had suddenly turned rabidly hostile toward Russia in February 2014.

NATO was founded with the North Atlantic Treaty in Washington DC on 4 April 1949. When NATO was founded, that was done in the broader context of the U.S. Marshall Plan, and the entire U.S. operation to unify the developed Atlantic countries of North America and Europe.

The NATO Founding Act was agreed to between the U.S. and Russia in 1997 in order to provide to Russia’s leader Boris Yeltsin some modicum of assurance that America wouldn’t invade his country. When his predecessor Mikhail Gorbachev had ended the Soviet Union and its Warsaw Pact military alliance in 1991, the representatives of U.S. President GHW Bush told him that NATO wouldn’t move “one inch to the east.”