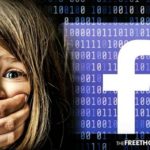 As Facebook Bans Alternative Media to ‘Promote Online Safety,’ They Allowed a Child to Be Sold in a Post
Matt Agorist | The Free Thought Project – TRANSCEND Media Service, 26 Nov 2018

While Facebook was actively deleting countless pages for promoting peace and freedom, they allowed an auction to be held in which a child was for sale—for weeks. 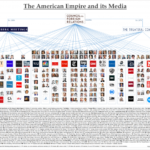 29 Jan 2018 – A single organization controls almost everything you see, hear, and read in the media and they’ve been handpicking your leaders for decades. 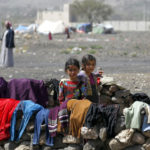 13 Nov 2017 – The Saudi Arabian alliance, of which the US is a member, has cut off the flow of humanitarian aid into Yemen and the results are catastrophic. We’re looking at a population that is larger than Australia’s. Apparently, the cost of maintaining ‘freedom’ in America now involves aiding a terrorist nation in the starvation of an entire country.

Congressman Thomas Massie blows the lid off the US subsidized opium trade and taxpayer funds flowing into the hands of the Taliban in Afghanistan.

“Another example is the array of technologies—often referred to collectively as geoengineering—that potentially could help reverse the warming effects of global climate change. One that has gained my personal attention is stratospheric aerosol injection, or SAI, a method of seeding the stratosphere with particles that can help reflect the sun’s heat, in much the same way that volcanic eruptions do.”

Last year, Baron David de Rothschild was indicted by the French government after he was accused of fraud in a scheme that allegedly embezzled large sums of money from British pensioners. It has taken many years to bring this case against Rothschild and his company the Rothschild Financial Services Group, which trapped hundreds of pensioners in a bogus loan scheme between the years of 2005 and 2008.

“Certainly, we have talked for a long time about China and China plays an important role as the enemy of choice for the U.S. military. But Russia is ideal in part, because we don’t import a lot of things from Russia, in part because we don’t have the debt relationship with Russia that we do with China. So, Russia makes for a very convenient enemy for the Pentagon in terms of its mission, its budgeting, and its intelligence organization.”