22 Sep 2022 – “A permanent member of the UNSC invaded its neighbor, attempted to erase a sovereign state from the map,” Biden said. “Russia has shamelessly violated the core tenets of the UN Charter.” History, however, is a harsh mistress, where facts become inconvenient to perception; through the prism of historical fact, the narrative being promulgated by Biden becomes flipped.

1 Sep 2022 – Bill Arkin and his employers at Newsweek seem to be content with serving as the Defense Intelligence Agency’s stenographers, putting out stories which have not, and will not, stand the test of time. Arkin is a prisoner of his sources, a problem that pervades Western reporting on the conflict in Ukraine.

30 Jun 2022 – From an ostensible defensive alliance, NATO has grown into an aggressor designed to promote ‘rules’ dictated by the U.S.

30 May 2022 – No amount of western military aid has been able to prevent Russia from achieving its military objective of liberating the entire territories of both Lugansk and Donetsk as Phase Three begins. 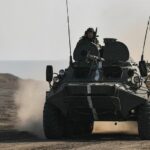 Russia’s ‘Plan to Invade Ukraine’ Exists Only in the US and NATO Imagination
Scott Ritter | RT - TRANSCEND Media Service, 6 Dec 2021

5 Dec 2021 – Ukraine has accused Russia of preparing to invade, triggering a crisis that will bring Joe Biden and Vladimir Putin together via a phone call. Someday international-relations students will scratch their collective heads, wondering what, if anything, was going through the minds of those responsible for the current crisis. In any other circumstance, this sort of narrative would be fodder for dark comedy.

Peace Is Endangered Not by Chinese Military Expansion but by a Declining US Viewing It as an Existential Threat
Scott Ritter | RT - TRANSCEND Media Service, 7 Sep 2020

2 Sep 2020 – A report from the US Department of Defense paints China as a rising military power capable of challenging America for global superiority. The reality is that the report is a product of Washington’s nervous psychological state.

5 Jul 2020 – The story of the alleged “bounty scheme” grew up in the context of top U.S. brass blaming Russia for America’s defeat in Afghanistan. Research shows that 99% of Americans never have seen the material in this article. Understandable – it can be highly contagious and carries a high morbidity rate for those with pre-existing biases. 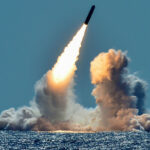 5 Feb 2020 – The US has deployed “low-yield” nuclear missiles on submarines, saying it’s to discourage nuclear conflict with Russia. The move is based on a “Russian strategy” made up in Washington and will only bring mass annihilation closer. 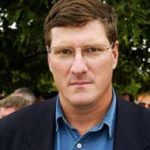 Russia Isn’t Getting the Recognition It Deserves on Syria
Scott Ritter – Truthdig, 4 Nov 2019

30 Oct 2019 – At a time when the credibility of the United States as either an unbiased actor or reliable ally lies in tatters, Russia has emerged as the one major power whose ability to serve as an honest broker between seemingly intractable opponents is unmatched. Like it or not, in Syria, the Russians saved us from ourselves. 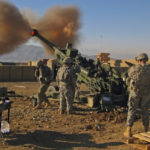 According to Lakoff, physical structures within the brain, once activated by the use of coded and morally loaded language, determine an audience’s response to stimuli. Kilner’s “five flawed assumptions” are little more than a thinly disguised effort to frame a larger discussion on the morality of America’s wars: “Peace isn’t an option,” “resisting evil is good,” “just wars are fought to protect human rights,” “mixed motives are moral,” and “immoral incidents are distinct from immoral wars” all contain coded language.

The other winner in this sorry story is ISIS, which took advantage of the American strike against Al Shayrat to launch a major offensive against Syrian government forces around the city of Palmyra. The breakdown in relations between Russia and the USA means that the kind of coordination that had been taking place in the fight against ISIS is a thing of the past, a fact that can only bode well for the fighters of ISIS. Meanwhile, responsibility for the chemical event in Khan Sheikhoun is still very much in question.

When Obama announced that "Iran is breaking rules that all nations must follow", he is technically and legally wrong. Iran’s secret nuclear plant will spark a new round of IAEA inspections and lead to a period of even greater transparency.It was very much a moment of high drama. Barack Obama, fresh from his history-making stint […]

President Obama received a lesson in international gamesmanship last week, when his secret offer to trade the deployment of a controversial missile defense system in Eastern Europe for Russian assistance in getting Iran to back down from its nuclear program was publicly rebuffed. The lesson? You don’t get something for nothing, especially when the something […]

As Iran heads toward a presidential election in the coming year, the United States—and the Obama administration—would achieve better and longer-lasting results by seeking solutions geared toward resolving the legitimate issues at play in the region, rather than creating short-term sound bites here at home. A clean break with the neoconservative policies of the Bush […]