Towards the Eradication of Global Hunger and Undernutrition

Enhancing Local Understanding With the Power of World Class Knowledge

While we tend to think in terms of hundreds of millions of deprived and stunted lives, the reality is that each starving child, each malnourished expectant mother, each person who does not have the energy to develop, learn or contribute is a horrible tragedy, and together these individual tragedies add up to an unacceptable loss to the human commonwealth. Simply stated hunger and undernutrition are among the most severe and least addressed challenges facing humanity today. Not only are they preventable, but success in addressing hunger and undernutrition, in achieving the objectives of MDG 1 is essential to meeting all the Millennium Development Goals.

“For the first time in history more than a billion people go to bed hungry each night” Robert Zoellick, President of the World Bank ( 2010).

Research and experience show that a holistic approach that focuses on addressing the issues on a national and local basis, looking at the activities and interrelationships of farmers, scientists including agricultural experts, seed-breeders, etc. as well as the role of the communities, civil society, the private sector, and key international organizations including UNICEF, UNCTAD, UNDP, FAO, IFAD and UNIDO, is the most sustainable approach towards achieving long-term food security for all.

Increased quantitative and qualitative productivity of seed, land, labor, water and capital as well as tolerance to drought and climate variations and resilience to disease and pests are among the most critical factors to effectively and efficiently address this challenge. To be effective and sustainable, approaches to increased productivity must take into account diversity at local level. Culture, traditions, habits and tastes are to be considered along with hard factors such as climate, soil chemistry, and access to water and above all to effectively compete against hunger and undernutrition. All stakeholders require appropriate access to leading edge technology. For example, high yielding seeds that are locally adapted require breeding that is done locally and this requires the on-going development of local human resources that have access to top level scientific support and methodology. In turn to make this function effectively and economically, the latest advances in communication, education, computation and data management must be brought in to play.

Within this context, the Fourth United Nations Conference on the Least Developed Countries (LDC-IV) held in Istanbul, Turkey 9-13 May 2011, concluded that proper agriculture technology for the development of new hybrid seeds and innovation in agronomy and horticulture are urgently needed.

The development of relevant technologies is already well advanced in Europe, the Americas and in parts of Asia. And a number of public and private research institutes have already shown concrete results and significant progress on some of the most daunting issues. However, at this moment there is a pressing need to enhance and strengthen links and cooperation between the broad array of potentially relevant stakeholders as well as to fully integrate the LDCs at the policy, scientific, financial and business levels in research, development and implementation.

This article provides an overview of a small sampling of agriculture technology providers using drought-resistance studies as concrete examples. The article then proposes some strategies on approaches to transfer and co-develop agricultural technologies specifically for LDCs and how LDC groups and coalitions can effectively and sustainably address the challenges of hunger and poverty at the national and local levels.

There are a number of agri-tech providers in Europe, the Americas and China that are able and willing to transfer knowledge and technologies as well as to facilitate co-development. Here is a small sampling:

Looking at the specific examples dealing with drought-resistance, there is an array of studies to tackle this global yield-affecting problem from different angles. We focus on a few successful examples taken from the Netherlands, Belgium, etc. – small countries renowned for their advanced biotechnology and agricultural productivity. These examples are but the tip of the proverbial iceberg and are offered to show concretely a small part of what is being done and a clarion call for even greater efforts and contributions from every corner of the globe:

The above mutant/transformed varieties could be further transferred and co-developed for field testing and application. This of course would not only help a LDC to solve pressing practical problems but also would lay the ground work and prepare the human, informational and other resources for in depth scientific assessment and future discoveries.

Looking at the extent of the challenge and the need for the proactive involvement of all relevant stakeholders, it can be argued that there is a need and definite role for a central coordinating agency that can push forward agriculture knowledge and technology transfer, provide the platform for co-development and integration of all stakeholders in each participating LDC. Given its mission, mandate and experience the United Nations Industry Development Organization (UNIDO) and its Agribusiness Development Branch would seem particularly well suited to play a leading role in such an effort.

It is imperative to proactively seek and work for increased joint public-private collaborative effort to achieve technology and knowledge transfer from developed to developing countries and to incentivize and support co-development in the war against hunger, undernutrition and poverty.

The key strategic steps proposed for consideration are:

At LDC-IV (Istanbul, 2011), the Least Developed Countries concluded that proper agriculture technology for the development of new hybrid seeds and innovation in agronomy and horticulture are urgently needed.

While it might be tempting to return from Istanbul to the shelter of well-worded declarations and the comfort of the tried and true tracks of “business as usual”, the plea of the LDCs must serve as a clear and powerful call to take bold steps to address a problem that is effectively killing and debilitating hundreds of millions of us.

Only with a holistic approach centered on local realities, a clear commitment to joint learning and co-development supported by open access to state of the art technology, the rigors of scientific development and entrepreneurial innovativeness will it be possible for LDCs to acquire the necessary agriculture technologies that they need to sustainably produce sufficient food/nutrition to alleviate and eliminate hunger, undernutrition. Given these prerequisites and the political will to set firm goals, ensure enabling environment and resources and to address and overcome an array of concrete and intangible barriers including inertia, can the rapid, radical and disruptive progress needed by the hungry of the world be achieved.

To paraphrase Kofi Annan’s call at World Economic Forum, Davos 1999, lets us reconcile the authority of universal ideal, the power of science and the creativity of entrepreneurship to meet the needs of the disadvantaged and the requirements of future generations.

“I urge everyone to work towards such a comprehensive approach, and to do so in partnership, so that we can build on the progress we have made in reducing the numbers of hungry people. Let us unite against hunger and ensure food and nutrition security for all.” Ban Ki-moon – World Food Day, 2010. 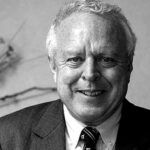 Prof. Frederick Dubee, an advocate for the United Nations Global Compact since its inception in 2000, is a member of the TRANSCEND Network for Peace Development Environment; professor (hc) BGI (formerly the Beijing Genomics Institute); executive director, Global Management Development Institute, Shanghai University; and teaches at the post graduate level in China, Switzerland and Australia. With extensive experience as an international business executive, his research interests focus on the role of business working in partnership with relevant stakeholders to overcome structural violence and accelerate sustainable development. Contact: freddubee@gmail.com

Dr.Xin-Ying Ren received her MSc in Biotechnology in 2002 and PhD in Plant Sciences in 2006 from Wageningen University and Research Center, The Netherlands and currently works as a technology transfer officer and an international scientific and business development consultant. Her major interests are to bridge knowledge and technology transfer from developed to developing countries and to empower women. Contact: xinying.ren@gmail.com

Anticopyright: Editorials and articles originated on TMS may be freely reprinted, disseminated, translated and used as background material, provided an acknowledgement and link to the source, TMS: Towards the Eradication of Global Hunger and Undernutrition, is included. Thank you.

One Response to “Towards the Eradication of Global Hunger and Undernutrition”