Humanity as a whole did not create global warming. Modern humans did. 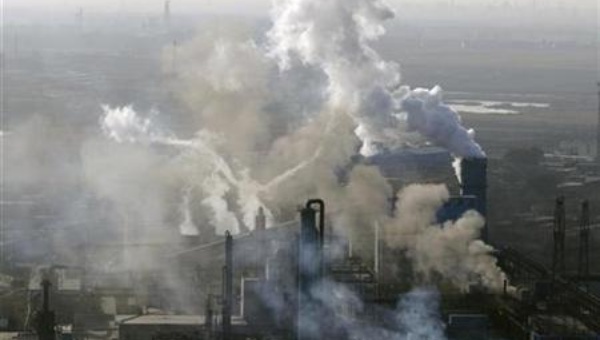 27 Oct 2015 – A few months ago, I received a statement of anthro-exceptionalist hubris from an American academic:

“I love and respect the life, beauty, and intelligence of other animals, BUT, as the American Museum of Natural History reminds us, ‘Our intelligence and creativity go well beyond those of any other animal. Humans have long communicated through language, created and appreciated art and music, and invented complex tools that have enabled our species survive and thrive, though often at the expense of other species…we owe our creative success to the human brain and our ability to think symbolically….only humans can use symbols to re-create the world mentally and contemplate endless new realities [while]…symbolic consciousness has given us the capacity for spirituality and a shared sense of empathy and morality.’”

Yes, I responded, and what has our glorious species done with these marvelous and unmatched qualities? What other species can remotely match supreme homo sapiens when it comes to destroying lives, including both those of other species and our own? It has recently become clear to Earth scientists that the history of our planet has resided for some time now in a new geologic epoch called “the Anthropocene” (successor to “the Holocene”). It is an era in which, in the words of leading experts Will Steffen, Paul Crutzen, and John McNeil, “Human activities have become so pervasive and profound that they rival the great forces of Nature and are pushing the earth into planetary terra incognita. The Earth is rapidly moving into a less biologically diverse, less forested, much warmer, and probably wetter and stormier era.” It is “a no-analogue state” in which “the Earth system has recently moved well outside the range of natural variability.”

The new Earth epoch bearing its species’ mark and name is nothing for homo sapiens to boast about. The changes introduced by humanity are ecologically unsustainable for decent life. Thanks to the Anthropocene, the world is in the middle of “its sixth great extinction event, with rates of species loss growing rapidly for both terrestrial and marine ecosystems. The atmospheric concentrations of several important greenhouse gases have increased substantially, and the Earth is warming rapidly,” Steffen, Crutzen, and McNeil note. As Noam Chomsky has observed:

“The world that we’re creating for our grandchildren is grim…The level of species destruction in the world today is about at the level of sixty-five million years ago, when a huge asteroid hit the earth and had horrifying ecological effects. It ended the age of the dinosaurs; they were wiped out. It kind of left a little opening for small mammals, who began to develop, and ultimately us. The same thing is happening now, except that we’re the asteroid…Human civilization is tottering at the edge…”

Humans have “survived and thrived,” the American Museum of Natural History raves. But not for long if it doesn’t act soon to avert the environmental calamity that is already showing signs of dark and potentially irreversible arrival before the births of “our grandchildren.” The nightmare threat isn’t about anthropogenic global warming marching along slowly in a linear fashion, with the planet getting a little hotter year by year. It’s about tipping points and the question of civilizational survival producing abrupt and irreversible climate change with catastrophic outcomes. A recent report from the prestigious and normally restrained Intergovernmental Panel on Climate Change (IPCC) suggest very strongly that the Earth is approååaching such tipping points – the melting of polar ice and Arctic permafrost, the acid-bleaching of global coral reefs, and the drying out of the Amazonian rain forest – at a pace and in ways that had not been anticipated.

My aforementioned academic correspondent’s accolade to his species reminded me of something Chomsky wrote in Hegemony or Survival (2003). Reflecting on biologist Ernest Mayr’s observations that the average life expectancy of a species is roughly 100,000 years and that evolutionary history suggested longer biological success for less intelligent species than more intelligent ones, Chomsky argued that “We are entering a period…that may provide an answer to the question of whether it is better to be smart than stupid…If it receives a definite answer, that answer can only be that humans were a kind of ‘biological error,’ using their allotted 100,000 years to destroy themselves and, in the process, much else.”

Here, however, we need to be careful about falling into ahistorical and bourgeois misanthropy. The concept of “the Anthropocene” has rich geological validity and holds welcome political relevance in countering the carbon-industrial complex’s denial of humanity’s responsibility for contemporary climate change. Still, we must guard against lapsing into the historically unspecific and class-blind uses of “anthros,” projecting the currently and historically recent age of capital onto the broad 100,000-year swath of human activity on and in nature. As left environmental sociologist Jason Moore reminded radio interviewer Sasha Lilley last March, “It was not humanity as whole that created …large-scale industry and the massive textile factories of Manchester in the 19th century or Detroit in the last century or Shenzen today. It was capital.” And it is only during a relatively small slice of human history – roughly the last half-millennium give or take a century or so – that humanity has been socially and institutionally wired from the top down to wreck livable ecology.

Moore and other left analysts argue with good reason that it is more appropriate to understand humanity’s Earth-altering assault on livable ecology as “Capitalocene.” After all, it is only during the relatively brief period of history when capitalism has existed and ruled the world system (since 1600 or thereabouts by some academic calculations, earlier and later by others) that human social organization has developed the capacity and inner accumulation- and commodification – and “productivity” – and growth-mad compulsion to transform Earth systems – with profitability and “productivity” dependent upon on the relentless appropriation of “cheap nature” (cheap food, cheap energy, cheap raw materials and cheap human labor power or cheap human nature). Moore maintains that human destruction of livable ecology is best explained by changes that capitalism’s addictive and interrelated pursuits of profit and empire imposed on humanity’s relationships with “the web of life” since “the long sixteen century” starting in 1450.

In terms of measurable material consequences, it is true, the real destructive and Earth-altering impact dates from more recent history. The original geological Anthropocene argument pegged the major changes with the onset of the Industrial Revolution around 1800 but recent Earth science findings point to 1945 and the post-WWII era of US-led global monopoly-capitalist economic expansion as the real material onset of the Anthropocene/Capitalocene. Still, the social, historical, political and class-historical DNA of the eco-cidal disease crystalized during Europe’s transition from feudalism to capitalism in the wake of the Black Death.

This matters for those who want to avert catastrophe. There is no desirable remedy without a proper historical diagnosis. Those who want to avert a new Black Death on a planetary scale need to confront the imperial world system that emerged in feudalism’s aftermath – capitalism – if prospects for a decent future are to be saved. We cannot afford stupidity about systems of class rule any more than we can afford stupidity about our species’ impact on planetary life systems.

Paul Street is an author in Iowa City, Iowa, USA.

One Response to “Anthropocene or Capitalocene?”