The vote turned out like the two referenda held in Norway in 1972 and 1994.  And much for the same reason: Protestant break with Rome–Catholic, imperial–Henry VIII made himself head of the Anglican Church in 1534.  Religion was not the only reason, there are Protestant Nordic members of EU, closer to the continent and closer to Russia.  World history, a short while after Pope Francis-Patriarch Kirill also made world history, bridging the Catholic-Orthodox 395-1054 gap. 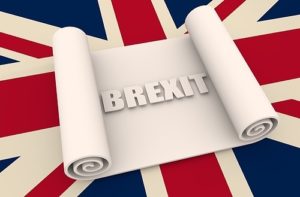 The Disunited Queendom is now London with surroundings; England. The implications are enormous, for UK-GB and the British Isles in  general, for EU and Europe in general, USA and the world in general.  The US Trojan horse decided to leave the EU on 23 June 2016.

* UK-GB and the British Isles in general.

Goodbye United Kingdom, UK, we may get United Ireland, UI, instead.

Goodbye Great Britain, GB, we may get Scotland in EU instead.

Welcome to Britain of England-Wales, if they care for that vocabulary.

Welcome to new-born England, 23 June being the Day of Independence.

Independence?  Washington, having lost its inside EU ally, will soon remind London of their “special relationship” as unsinkable aircraft carrier also doing the killing job–maybe some wanted that. And yet. England had the whole Global Establishment, if there ever was one, mobilized to pressure them to remain. They did not. There is something very impressive in that, however bad the campaign.

And yet.  There is something to those British Isles, a shared and twisted history between Anglo-Saxons and Celts–Vikings, Normans–an enormous impact on the world now torn to pieces, torn into new pieces.  Maybe time has come for something this author proposed in an NGO encounter at the Houses of Parliament on Northern Ireland-Ulster right before the 1998 Good Friday Agreement: CBI, a Confederation of the British Isles, with United Ireland, Scotland, England-Wales and smaller islands.

* EU and Europe in general.

On the possible positive side is EU independence of the USA, not choosing US foreign-military (and university system!) policy instead of working out its own. EU can now follow France-Germany in a Ukraine they know much better than the USA.  They nay one day meet Russia in some “European House”–may Gorbachev see that before he passes away–and they may one day, hopefully soon, have a European Parliament recognizing Palestine as a state, making it clear this is not anti-Semitic, anti-Israel, but pro the other Semitic, pro-Palestine.

On the possible negative side is Germany winning the two “world wars” in Europe over who shall run Europe: Germany or England-France.  Germany had visions of something close to an EU with economic center in Brussels and political in Berlin.  After 1945 it was France, not England that stretched out a hand to beaten Germany, the 1950 coal and steel handshake that morphed into the Treaty of Rome (what a bad choice of name).  France will have to do that again, but this time not from the strong position of being on the winning side of a war, but the weak position of being in layer 3 of the present 5 in EU with Germany on top and Greece at the bottom, the Nordics no 3, then the Latins, then Eastern Europe.  This pyramid has to be flattened; many of the exit movements derive their momentum from  that sad EU reality.

But also from a boring EU in spite of having to its credit, “acquis” open borders, the euro, a Europe with war held unthinkable.  Could some of that come from not being masters in their own house, always listening to His Master’s Voice?  Could healthy regionalism inspire a new deal, like healthy nationalism could for England?  Freed from fighting US wars, liberated to build peace all over, like in EU?

Making an ever stronger or weaker union?  Maybe stronger in peace policy. And maybe with the euro as common, not single currency, and not pressing members into a solidarity with no historical basis?

USA and the world in general.

This might be one more wake-up call for the USA, at a time with everybody but Hillary already awake.  Talk about NATO as out of date, Europe and the Middle East taking care of their own affairs, wars as non-affordable, as counter-productive, some awareness that there are other victims than Americans in the wars, had been unthinkable, unspeakable.  But old addictive habits are hard to change.

That opens for a possible widening slit between USA-England and EU-Europe.  There is a model: the split between the West Roman (Catholic) and East Roman (Orthodox) empires in 395, the former lasting about 81 more years, the latter more than a thousand.  This time the religious split would be between evangelical-protestant in the West and catholic-orthodox in the East, with a smart federation at the border, Ukraine, as a possible solution.  A major test.

Another: defensive defense against IS brutality, negotiations with them, recognizing their right to have an IS when Europe has EU, and a Caliphate when Christianity has Vatican and the Patriarchy(ies).  Learning from Islam about togetherness and sharing, how to overcome loneliness and alienation, admitting that the West needs to learn.

And China?  Learning from them like they do from the West, inviting them to join the world from “between heaven and earth”.

The world in general?  Moving away from states, toward regions.  Be a good, caring Mother of regions, sharing solutions and problems generously with other regions around the world.  With Latin America-Caribbean, Anglo-America–maybe with Mexico as MEXUSCAN–the African Union, the European House, SAARC, ASEAN. And the three badly missing ones in Asia: West Asia with Israel and Palestine, Iraq and Syria; Central Asia with Afghanistan, and Northeast Asia with the two Chinas, the two Koreas, Far East Russia and Japan now at nuclear logger-heads.

Anticopyright: Editorials and articles originated on TMS may be freely reprinted, disseminated, translated and used as background material, provided an acknowledgement and link to the source, TMS: Brex’It, So Be’It; And Then What?, is included. Thank you.