The State of the World–By Journalism

We want journalists to do that, give us the state of the world, by from one “trouble spot”–arenas of past-present-future violence–to the other. Not to mirror the world, but to make it more transparent.  What questions should they ask to do a good job, below the surface?

For key illnesses like epidemics: ask for diagnosis, the causes; for prognosis, the consequences; for therapy, “what are you doing to restore health”.  “Ice to lower the fever”, would not be accepted; they would demand a theory linking the diagnosis to the therapy.

We should demand the same level of sophistication for peace even if there is no consensus about peace diagnosis, prognosis and therapy. But peace studies have identified two causes underlying violence: unsolved conflict, and unconciled trauma from past violence. It makes as good sense to use “the talking method” (Freud) to try to identify them in concrete cases as to ask patients where it hurts and how long.

Journalists, physicians and mediators have one thing in common: they are expected to ask questions.  Having worked as a journalist for some time for the Norwegian Broadcasting Corporation, a medical family background, and nearly 60 years as a mediator, my obvious conclusion has been for journalists to ask the kind of questions mediators ask, like:

Journalists should not mediate–they are not trained for that. But they could make the world more ready for mediation, also by readers-listeners-viewers. People will answer, and give interesting answers.

However, whereas authorities often are parts of the solution for illness, they are also often parts of the problem for violence-war.

They cure illness with medicine or surgery, not with illness; like fire with water, not with fire.  For violence, however, authorities often recommend more violence to stop violence; like terrorism with state terrorism, killing more innocent victims than the growing non-state terrorism it may even stimulate.  The term “state terrorism” is even ruled out; journalism focused on that will be “not fit to print”.

In some media, but not in some others. There are always openings.

What would be a state of the world itinerary?  12 key stops:

Imagine 12 weekly media publications willing to publish not only their side–aka propaganda–but all sides.  Multiple viewing-angles make the world more transparent, as when scanning a body.

Readers could then be encouraged to propose solutions; like the past-oriented rule of law, compromises, or more creative futures.

This could contribute to what we badly need: a culture of peace in general, and of peaceful conflict transformation in particular, as opposed to the current culture of war and violence, of killing.

Both states and non-states invent new ways of killing.  Read the Iraq Chilcot Report about the weapons used in the attack on the 2003 Baghdad laboratory, clearly experimenting with new weapons when the professed goal was democracy. By white phosphorus? By new types of napalm? 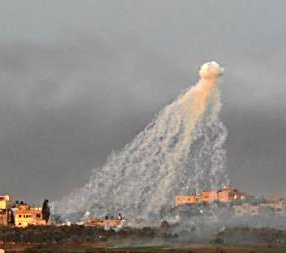 The terrorist side experiments with planes and trucks, new IEDs [improvised explosive devices]; taking enormous risks, paying with their own lives. Change the focus.

This is not the whole “state of the world”; much peace is going on.  Good things flow between parties for mutual benefit; better had the trade been more equitable.  But today’s polarization involves huge parts of the world population, like West vs Islam, NATO vs SCO, EU vs Eurasia, Japan-USA vs 2 Chinas-2 Koreas-Russia over islands. USA personalizes, psychiatrizes, and polarizes, “us vs them”.  Add peace.

“Journalism around the world” should include peace arenas, like ASEAN, inside EU, Nordic countries, much of Africa and Latin America. Same questions, but to find out what makes them tick peace, not war.

And journalism should cover deeper issues such as the long shadows of history, from the split of the Roman Empire along Catholic-Orthodox lines over 1600 years ago in Europe, the 1893 Durand line in Central Asia, the 1916 Sykes-Picot lines in the Middle East, to learn whether consciousness and joint processing of history could be useful.

Deeper causes: hidden scripts in the collective subconscious.  Like US Dualism-Manichaeism-Armageddon: two parties, one good-the other evil; for evil only a final battle will work.  Include assumptions, ask why?

One day journalists may ask questions to shed light on shadows, and on how to make the subconscious conscious.  If they ask competent questions about bacteria and toxic pollution, why not also about peace?

Most violence is West against East or against South.  Maybe one day journalism will make miracles come true: the West recognizing past errors–Italy did for 1911. And rejecting old scripts for the present.  For a better future state of the world, made by compelling deep journalism.

Johan Galtung, a professor of peace studies, dr hc mult, is founder of the TRANSCEND Network for Peace, Development and Environment and rector of the TRANSCEND Peace University-TPU. Prof. Galtung has published 1669 articles and book chapters, over 400 Editorials for TRANSCEND Media Service, and 167 books on peace and related issues, of which 41 have been translated into 35 languages, for a total of 135 book translations, including ‘50 Years-100 Peace and Conflict Perspectives,’ published by the TRANSCEND University Press-TUP.

Anticopyright: Editorials and articles originated on TMS may be freely reprinted, disseminated, translated and used as background material, provided an acknowledgement and link to the source, TMS: The State of the World–By Journalism, is included. Thank you.

6 Responses to “The State of the World–By Journalism”