Aleppo Shall Not Be Forgotten – Eyewitness to who helped the Aleppians, December 11-14, 2016

9 Jan 2017 – Today Syria is the largest humanitarian crisis since World War II thanks to sanctions and the war – according to this UN report.

In spite of that, it was the Syrian government and Army – those who, according to our media, only “kill their own” – plus the Russians and the Red Crescent who helped people who came out of Eastern Aleppo at its liberation on December 12. Where I was, I saw none of the leading humanitarian organisations.

This is a photo-and-text story about people from Eastern Aleppo who were helped to get to the Jibrin reception centre where they got some little supplies, food, aid and medical care.

After Jibrin they could proceed either to a centre for IDPs – Internally Displaced Persons – to relatives or friends in the Western part of town or back to the East and start building their homes and lives from the ruins.

These ruins – including the old city that was a designated UNESCO World Heritage city – were the result of over 4 years of occupation by rebels/opposition/terrorist (ROT) occupation supported predominantly by NATO countries and other Friends of Syria countries as they called themselves from 2012, including Saudi Arabia, the Golf states.

The media have been quick to forget Aleppo. As usual, when the violence dies down, media lose interest and travel to another bloody drama – thus depriving themselves of good human stories and the chance to learn where and how they were mistaken.

At the very end of this story we give you some of the main reasons the broader truth about Aleppo has been silenced by the West.

Thus, the last article about Aleppo in the New York Times is dated December 19. About the Twitter girl Bana, written by Megan Specia who has a Bachelor and until May 2016 worked at Mashable – a global media and entertainment company. Since then not a word about Aleppo, the Aleppians and their plight in the NYT.

This is one of a series of photo-and-text reports from The Transnational Foundation (see below) that aims to discuss what happened in Aleppo in mid-December and to put that into a larger perspective since it is, simply, a piece of world history that many in the West want to mostly forget about, fast.

And it aims, finally, at paying respect to the victims we met and remind the tens of thousands who see these reports how utterly cruel and meaningless wars are when better means were available. The published and future reports can be found here at Exposure as well as on TFF’s blog and all its social media.

Those who helped these innocent, destitute Eastern Aleppians were the Syrian government and its Syrian Arab Army, the Syrian Red Crescent, Russia with field hospitals and doctors and Syrian youth volunteers, mostly from Aleppo’s university.

All appear in this photo report below.

Other humanitarian work may have been carried out in parts of town where I was not. All I can say is that I saw none of the main Western humanitarian organisations doing anything for these suffering victims in Jibrin.

That is strange because of two factors: a) the liberation of Aleppo was predictable during the preceding two weeks and humanitarian work could have been planned; and b) the West has argued intensely for ceasefires to facilitate humanitarian convoys getting into Aleppo.

This eyewitness report and documentation contradicts the major Western mainstream media’s narrative. In spite of the world historic dimension of this liberation, the tragedy of these innocent war victims and the heartbreakingly vast proportions of the systematic destruction of this dynamic city, none of their media were present in Aleppo there and then. 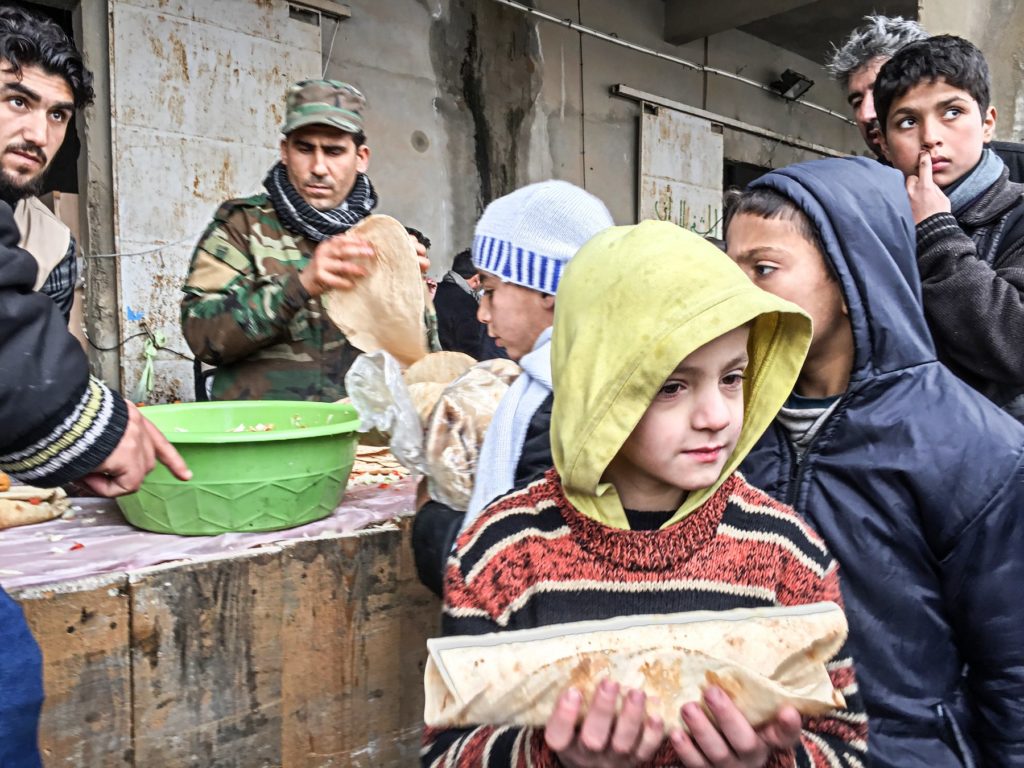