Behind Bars: Australia’s Shocking Cruelty to Aboriginal People with Disabilities–Overcrowding, No Medical Treatment, No Accessibility (Part 4)

The abuse of Aboriginal prisoners with disabilities in Australian jails is confronting, and ongoing. In Part 4 of this special series, Michael Brull looks at the conditions prisoners are forced to live in, exposed in a report written by Human Rights Watch. Click on the numbers to read each of the other stories in the series – 1, 2, 3, 5.

“I have to wear a nappy every day. I don’t feel like a man; I feel like my dignity is taken away. I can’t use the shower without a carer. Last Saturday, I needed a shower and it lead to an argument with the officer because he refused [to help me]. He mocked: ‘Poor me, poor me, guy in wheelchair’ and downgraded me wickedly.” – Aboriginal prisoner quoted in the HRW report.

22 Feb 2018 – The sadistic way Aboriginal people with disabilities are treated (part 1 and 2) in prison could be reformed and limited with basic reforms and proper training. Solitary confinement is used at least in part because prisons and prison guards are not equipped to deal with people with disabilities, though the criminal justice system has effectively criminalised many of them.

But what is important to stress is that a great deal of the problems ultimately stem from systemic underfunding of prisons. They are not funded in a way that allows them to properly care for the people they incarcerate. Many members of the public probably regard this with an indifferent shrug, whilst some would presumably feel a vengeful satisfaction at criminals getting what they deserve.

The result of this underfunding is major overcrowding. It is lack of accessibility for the diverse and sometimes complex needs of people with disabilities. It is the lack of medical services for people who need medical care. And it is staff who are under-trained, who are expected to control the inmates in overflowing prisons, rather than treating them humanely. Able-bodied and healthy prisoners may be able to cope with prison guards being inconsiderate, abusive, and worse. For people with disabilities, the results can range from humiliating, to dangerous.

Across Australia, there have been longstanding reports of overcrowding in prisons. The Human Rights Watch (HRW) report traces this, and its particularly harsh impact on Aboriginal people with disabilities (I should also note that I have edited Americanised spelling in quotes below).

HRW observes overcrowding can be attributed to “a range of factors — including changes in laws on sentencing, bail, and parole; a tougher crime policy by state governments and courts; and a shortage of beds in specialized facilities”. 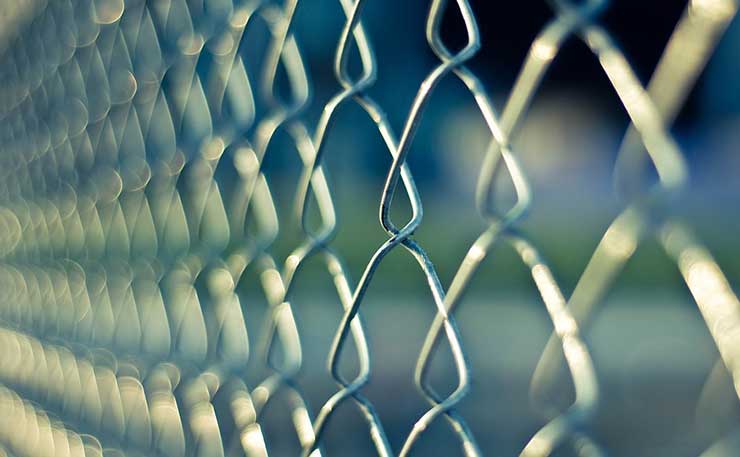 Western Australia’s prisons function “at 150 per cent capacity and more than two-thirds of the state’s prisoner population is kept in cells that are too small, according to Western Australia Inspector of Custodial Services, Professor Neil Morgan”. Queensland’s facilities are supposed to hold up to 5,600 prisoners, but instead held 8,477 last year. NSW held over 13,000, despite a capacity for 11,000. HRW visited 14 prisons, and the “vast majority were overcrowded. In nine, people were often forced to ‘double-up,’ with two and sometimes three people confined in a cell originally built for one person”. Remember that prisoners with disabilities are particularly at risk of being sexually assaulted by other prisoners, and this makes them more vulnerable.

“Doubling up” can make prisoners particularly vulnerable to bullying from other prisoners. In already crowded prison cells, prisoners may have limited patience for psycho-social disorders of people they live in close proximity with. One such Aboriginal man explained, “I was not allowed to make poo in cell [after lockdown]. (…). Cell mates [asked me to]stop coughing in the morning. [One of them] got wild at me for making a noise(…). Nobody ever wants me in the unit. I get kicked out of my cell because I am unhygienic. We [people with disabilities]are picked on the most because we are the most vulnerable.” One man with a psychosocial disability was forced to share a cell with a prisoner who had been harassing him, causing him panic and anxiety.

The guards accept that overcrowding limits their capacity to provide proper care for people with disabilities. One female prison officer said, “Managing prisoners with disabilities is the biggest challenge we have…. We are not equipped or trained for it…. Because of overcrowding, we can’t give prisoners one-on-one attention.”

A female prisoner with a psychosocial disability had a different gloss on the general situation: “Due to the overcrowding, there is often friction among inmates and officers. Officers are shocking. If you ask something, they just ask you to ‘fuck off’.”

Overcrowding can also have a negative effect on conditions in cells. It can reduce the privacy, particularly when they share toilets. This can also exacerbate unsanitary conditions, which heighten tensions within cells. Overcrowding can also stretch the limited capacity for prisons to provide care for their prisoners. For example, if a prison has a few specialists to care for a large population, the wait gets longer as the prison becomes more overcrowded, without accompanying investment in care for those imprisoned.

Something I found particularly upsetting is how people are treated with limited bowel control (more on this in the next section). Due to overcrowding, prisoners are “constantly moved from one prison to another”, in search of a less crowded facility. Prisoners wound up:

“enduring hours of transport, locked at the back of a moving truck with no access to a toilet. For people with disabilities who may not always be in control of their bowel movements, this is particularly distressing. Lawyers told Human Rights Watch about people with disabilities who urinated or defecated in the truck during transport because they had no other choice and were beaten by fellow prisoners who had to bear the smell of urine or faeces for hours.”

Able-ism: lack of accessibility for people with disabilities

HRW documents that the prisons are not accessible for people with physical or sensory disabilities. The results are terrible, and show a shocking lack of regard for the basic dignity of prisoners. HRW writes that:

“In 9 out of 14 prisons, Human Rights Watch interviewed prisoners who had difficulty accessing basic services such as toilets, showers, kitchens, or bathrooms because the physical infrastructure was not accessible. As a result, simple tasks, such as going to the toilet or getting into bed become painful and humiliating for prisoners with physical or sensory disabilities.”

For example, there are people who walk with canes, or use wheelchairs, who simply can’t get around prisons that disregard their mobility needs. One man “with a physical disability using a cane had to struggle uphill to the medical centre twice daily to collect medication, a walk that took him 40 minutes due to his disability”. There was a hospital buggy, but due to regulations they couldn’t use it to pick him up. After repeatedly requesting a transfer, he wound up smashing some windows so that he could be transferred to a higher security prison, in the hope it would be more accessible.

Another man with a physical disability said, “Prison is not good for people like me… in a wheelchair. Beds are really low. It is a struggle to get into (…) bathrooms, and toilets are hard to use. Nothing is set up for a person in a wheelchair.” 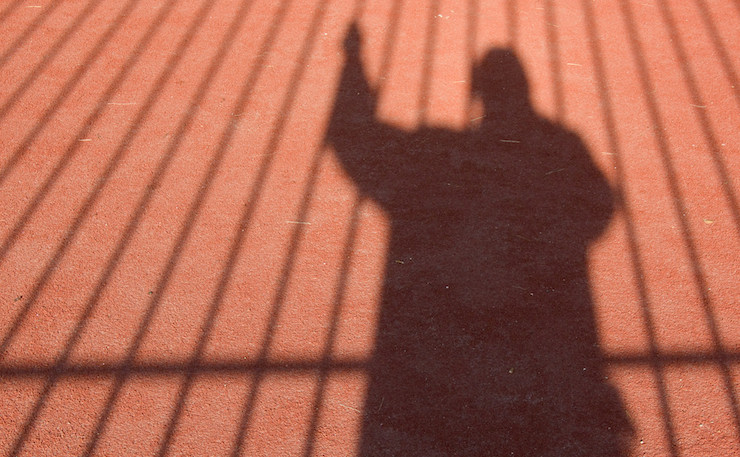 Another person in a wheelchair struggled with routine counts of prisoners, as “I have to get up and go out and stand at my door. [It is hard] getting in and out of your room because the big doors in the unit are heavy. It’s really hard to push and open it [the door]”. The struggle with basic infrastructure means prisoners “are often forced to seek help from fellow prisoners, which can mean handing over food or other belongings in payment or as thanks.”

What I found the most upsetting part of the report was the degrading lack of accessibility provided to people with particular needs relating to bathroom use. HRW observed that, “Due to the inaccessibility of sanitation facilities, staff and prisoners with disabilities in 9 prisons told Human Rights Watch that they had to either wait, or else shower, urinate, or defecate in humiliating conditions.”

“in one prison there is only one accessible toilet and shower in the entire 1,000 bed facility. Since both are located in the infirmary, people with physical disabilities who live in the regular cell blocks have to get permission from staff each time they need to go to the toilet because it requires them to exit their unit and wheel themselves, sometimes over 100 to 150 metres away. They then often have to wait in line.

Since prisoners are not allowed to move around during ‘lockdown’ (when units are sealed to count prisoners or for security reasons at night), prisoners with physical disabilities are forced to wait — sometimes hours — for a toilet, or must wear nappies or urinate in bottles in their cells at night. An Aboriginal man with a physical disability who uses a wheelchair said: ‘Toilets are not accessible, I can’t get my chair in. I have to pee in a bottle.’

The report goes on to describe another “prisoner who also uses a wheelchair and cannot move on his own”, who said “I stayed in the medical unit because they didn’t really have anywhere for prisoners who are disabled. I had diarrhoea and I [was]lying in my own shit, because they are like, ‘You have to wait.’ The staff weren’t interested [in helping me].”

There is also a lack of shower chairs for people with physical disabilities. Again, partially due to overcrowding and underinvestment, “people have to wait hours to use one, must use their own wheelchair, or in some cases go without showers”. In one appalling case, a man said:

“I have to wear a nappy every day. I don’t feel like a man; I feel like my dignity is taken away. I can’t use the shower without a carer. Last Saturday, I needed a shower and it lead to an argument with the officer because he refused [to help me]. He mocked: ‘Poor me, poor me, guy in wheelchair’ and downgraded me wickedly.”

There are also lack of provisions for people with speech and hearing impairments. Of 14 prisons visited, three had “proper provision for deaf prisoners to communicate with their families over video calls”. Otherwise, miscommunications between deaf or mute prisoners and staff “results in misunderstandings, increases in prisoners feeling isolated, and undermines their ability to maintain family ties that will help them reintegrate into the community after release from prison.”

Michael Brull writes twice a week for New Matilda. He has written for a range of other publications, including Overland, Crikey, ABC’s Drum, the Guardian and elsewhere.