28 Mar 2018 – It has been 39 years since a meltdown at Three Mile Island became the most significant nuclear accident in U.S. history. On March 28, 1979, one of the reactors at that power plant partially melted down, releasing radiation and revealing flaws within both the system and in how authorities respond to emergencies.

Where is Three Mile Island?

Although it is indeed an island, it is not off one of the U.S. coasts. Three Mile Island is a strip of land in Susquehanna River, a little south of Pennsylvania’s capital Harrisburg. It’s not the only landmass in the river—which is massively long and winds from a lake in New York’s Mohawk Valley down to Chesapeake Bay in Maryland, connecting it to the Atlantic Ocean—not even in its particular location. Its name does not come from its length but rather from its location; it is a little more than 2 miles long and is 3 miles downstream from Harrisburg International Airport.

The U.S. Nuclear Regulatory Commission says that a mechanical or electrical failure caused an issue with a reactor core’s cooling system, leading to an automatic shutdown. A relief valve then opened to relieve the rising pressure in the nuclear area of the plant but got stuck in the open position, despite a readout indicating to plant workers that it had closed once the pressure was stabilized.

“As a result, the plant staff was unaware that cooling water was pouring out of the stuck-open valve,” the commission said.

Without proper cooling, the nuclear fuel got too hot and a significant portion of the core melted. According to the commission, the building contained much of the radioactive material, preventing a larger disaster. Remediation efforts, however, lasted for more than a decade after the incident. 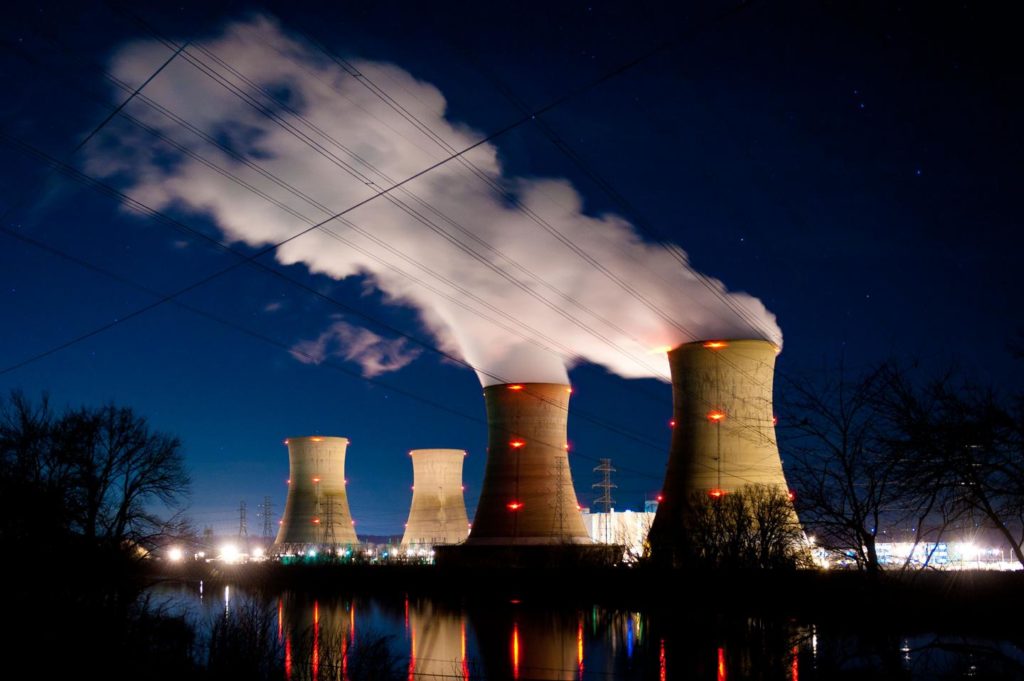 One of the nuclear reactors at Three Mile Island suffered a partial meltdown in 1979. Above, the nuclear power plant today.
Jeff Fusco/Getty Images

Did anyone die in the accident?

Nobody died or was injured in the initial incident at Three Mile Island, the partial meltdown of the nuclear reactor. However, the meltdown released radiation, which scientific studies have linked to cancer cases that cropped up in the years following the accident. For example, a study last year into thyroid cancer cases among people who lived near Three Mile Island found genetic signatures indicating they may have been connected to low levels of radiation, according to the researchers.

Anything can happen between now and September 2019, but the Exelon Corporation announced last year that Three Mile Island will close then for economic reasons. Exelon was not running the nuclear plant at the time of the meltdown, but now operates the generating station.