Meanwhile, around the World

There are many summit meetings, usually with Trump. Stephen F. Cohen, “Who’s Afraid of a Trump-Putin Summit?“, (The Nation 27 Jun 2018): they may serve to assess each other before a war–and to search for peace. But, do they know what that means beyond disarmament and rule of law?

“Good chemistry” is not sufficient, nor is it necessary. Peace may come about in spite of, not because of, the summits.  A cease-fire means no fire; actually may mean soldiers resting and arms redeployed.

Summiteers might come further focusing on “how can we be good to each other” than on “how can we stop being bad”. Positive approach.  Moreover, any peace has to be not only mutually acceptable, but also sustainable, paying for itself through increased trade and other forms of cooperation for mutual and equal benefit. Two signatures on what has been called a “scrap of paper” are not enough.  Arms traders should become peace traders; veterans, military, should explore what peace skills they can teach and learn from the other side.

USA under Trump is going about it the wrong way.  Equitable trade is a keg peace-builder; export only is not good enough. In peace there is always an element of symmetry. Making others depend on US exports while USA should depend on nobody, self-reliance is asymmetric.

China under Xi is going about it in a better way, except for the arms race with USA.  Financial Times (7 Jun 2018) shows “China’s Plan to Connect the World” by “investment in global electricity grids”, $123bn 2013-end February 2018 in 104 transactions, all over the world. 37,000 km ultra high-voltage cables are part of it.  Very symmetric, benefiting all parts of the grid. The West could have done it, but it may be too symmetric for their developed/underdeveloped asymmetry.

And at the same time as G7 is torn apart by USA-Canada quarrel and is unable to agree–NATO summit 11-12 July will hardly be better. SCO, the Shanghai Cooperation Organization is growing harmoniously (KK 14 Jun 2018). Starting as the “Shanghai 5” (China-Russia, 3 Muslims: Kazakhstan-Kyrgyzstan-Tajikistan) in 1996, founded in 2001, India and Pakistan joining last year); it is remarkable that it is almost unmentioned by CNN-NYT.  USA-EU sanctions against Russia of course make Russia turn more elsewhere: to SCO.

And since we now quoted “KK”, Klassekampen, “The Class struggle”, let us continue–it is not as Marxist as its name may indicate. On KK:

15 May: a Christian spokesperson in Norway proposes dropping the Christian “second days”–Christmas, Easter, Whitsun—to make space for the Muslim holy days–in an ever more multi-cultural Norway.

16 May: Norway should provide jobs, not only welfare like unemployment insurance.  Make Norwegians active, not passive receivers

18 May:  “To have time.  To take time”–pointing to time as our key resource, not to be wasted; having it, and using it, wisely.

22 May: “Israel cannot survive as a state unless a Palestinian state can exist next to it”, quoting Amos Oz.  Peace means symmetry–.

25 May: “Gold in therapy”, focus not only on the problematic, difficult, traumatic, but also on the good, the positive, the gold–.

26 May: “Capitalism the Russian way”–oligarchs, technological stagnation, worker in misery.  From too much planning to too little.

28 May: “Vikings in the town”, the story of how the Vikings went raiding, plundering, bringing back booty and ideas for town planning.

31 May: “Europe without God”: in the “House of European History” created by the European Parliament the spiritual, also God, is absent.

9 June: “Is Spain ready to remember the victims of Franco rule?”; praising “The Silence of Others” movie against the pact to forget all.

16 June: “Norway’s defense capacity increasingly in US hands”, with US Marines in the North, and US fighter-bombers in the South.

A broad range.  But why so many quotes from this paper?

Because ours is a small country with the highest number of newspapers per capita in the world, and among them is this one.  With regular space devoted to the “middle ages”, making them neither dark nor bright but part of our history, of our understanding of ourselves.  Bringing history into the present to better handle the future.

What is the KK secret?  Very simple: they understand what other media seem to neglect: Norway is quite educated, and getting more so.  The media have to ride on that wave, even be ahead.  And will be rewarded by ever increasing numbers of buyers, readers, subscribers who appreciate being taken seriously, exposed to the whole world and its problems, not being treated as uneducated simpletons.

Norway is by no means unique in ever more education, but KK is unique in playing up to it where other media around the world are in the hands of hopelessly uneducated corporations idiotizing people.

Yes, other media are now bringing in “Africa”, but it is their Africa, the Westernized elites; nothing challenging, celebrating themselves.

In this praise for a paper that benefits from being high level where the lower levels collapse, go bankrupt, two names stand out: the author Jon Michelet who recently passed away and his successor editor, Björgulv Braanen who recently resigned but still works in the paper. Björgulv, immensely knowledgeable and seeking new knowledge to share with his readers, often write an editorial and a major article a day.

KK calls itself a paper for the Norwegian left wing, but reaches much further.  It gives poetry a prominent place, devotes many pages to music and book critics, and is creative even within Christianity in a Norway deeply frozen till recently by the state church.  “Feminist, of course”. But, with children and older people waiting for space–.

Thank you KK, Björgulv.  Others can do the same, and be rewarded.  There is much empty space around the world. It is waiting to be filled. 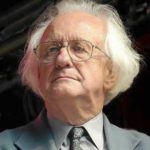 Anticopyright: Editorials and articles originated on TMS may be freely reprinted, disseminated, translated and used as background material, provided an acknowledgement and link to the source, TMS: Meanwhile, around the World, is included. Thank you.

One Response to “Meanwhile, around the World”