Ten Articles on the New Cold War and a Reflection 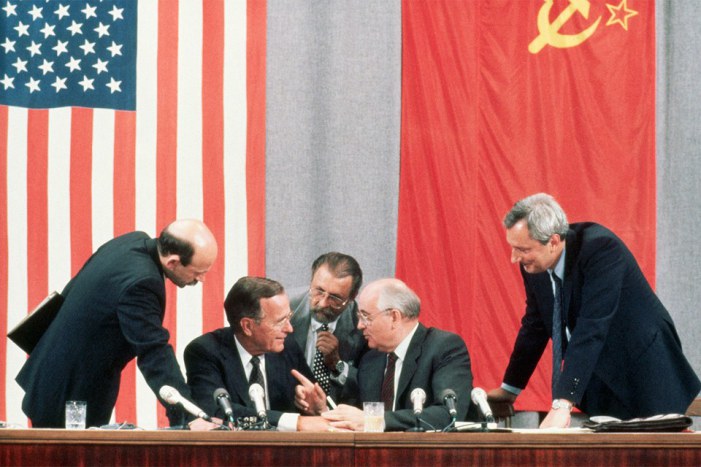 13 Aug 2018 – While this new Cold War is certainly different from the first Cold War that ended in 1989, we are not in doubt that there is a new such tragic war and that the risk of military confrontation between Russia and NATO countries in Europe has increased.

We also happen to think it could have been avoided.

This Cold War has to do with, among many other things, NATO’s counterproductive expansion since 1994, the way Yugoslavia broke down and was broken up, with Ukraine and now Syria as well as – perhaps surprisingly to some – the rapidly diminishing political power and legitimacy of the West in the emerging world order.

The increasing symbiosis between the political and the leading mainstream media of the Western world implies that, grosso modo, Russia is blamed for having caused this new situation. While Russia is certainly not innocent and it usually does take two to conflict this blame is rather a sign of diminishing capacity (knowledge) and will (economic and intellectual independence and courage) to ask critical questions that now characterise the corporate media.

Defence and security political news coverage, journalistic processing, editing and commentaries have sunk to an intellectual level that is considerably lower than during the first Cold War. The entire field is given low priority by editors. Domestic issues, sports, entertainment, lifestyle etc. have made it to the top.

Out of sync with the globalising world, most media do with 1-2 pages about global affairs out of, say, 40-50 pages and they base this material on the same handful of Western news bureaus.

The double checking of a variety of sources, versatility and multi-perspective coverage are things of the past and we see more uniformity and more subjectivity in the news media coverage than ever.

Add to this that both Russia and NATO countries engage in media management, or propaganda (tax payers footing the bills) which squeezes out comprehensive knowledge and unbiased analyses as well as critical angles on one’s own policies and actions.

Like hot wars, Cold Wars are fought not only on the battle fields but also in the media, about the souls of the citizens. Fearology, therefore, has become a dominant ingredient in this war as well as in the other – equally counterproductive and self-defeating – war, the War On Terror.

The more people are made to fear, the more they submit to surveillance, authoritarian laws, self-censorship etc and turn away from democratic debate and activism – a trend that will eventually lead to the dissolution of democracy itself.

In short, these international trends and tension-increasing confrontations boomerang back on our societies in ways that are as frightening as under-stated in the debate.

To put it crudely: the new Cold War and the War on Terror both have significant, destructive effects on society, diminish its democracy and creativity, narrows the spectrum of opinions and bring us further and further away from the globally desired goals of freedom, democracy and of living in a more peaceful world.

Security politics has come to mean destruction of the core fibres of what was to be secured. Paradoxically, it promotes the closing of the once open society.

In addition, that is, to squandering absurd US $ 1700 billion (or about 30 times the entire UN budget) worldwide on one more destructive, failed war after the other.

These are issues of the greatest importance for humanity’s future, even survival.

Being one of the last few academic think tanks totally independent of government and corporate funding (i.e. people-financed), TFF feel strongly committed to deal with them in the future too.

Here are the first thought pieces which can be read in whichever order you like.

An Arab NATO is not a viable alliance

A new Cold War between Russia and the West?

Intro to a series: The New Cold War

Ukraine as the border of NATO expansion

How did the West cope with a much stronger Soviet Union and Warsaw Pact?

Fearology and militarism but the real enemy is us

Much stronger than during the First Cold War. Why is NATO so irrational?