Maung Zarni says he will boycott Beijing-sponsored events until the country reverses its ‘troubling path.’ 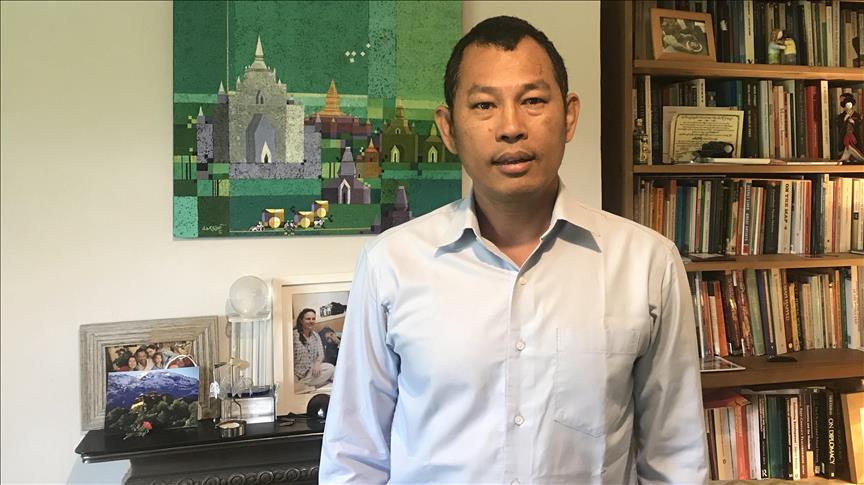 1 Dec 2018 – A human rights activist and intellectual said he withdrew from a Beijing-sponsored forum in London to protest the detention of a million Uyghurs in China’s Xinjiang.

“As a human rights activist, a Buddhist educator and a politically engaged scholar of genocide, racism and violence, I cannot, in clear conscience, participate in the three-day forum which is officially endorsed by the Government of China,” wrote Maung Zarni in his withdrawal letter on Friday.

Zarni was scheduled to deliver a speech on his country Myanmar’s genocide on Dec. 7 at the 5th Global China Dialogue on Governance for Global Justice.

“[…] the ruling Communist Party of China today stands credibly accused of commissioning a systematic and racially motivated persecution of Uyghur Muslims in Xinjiang Province,” he went on to say.

Recalling an event, he attended in Geneva in September, Zarni said a Muslim Uyghur man delivered a speech which said his mother had died two weeks ago in one of the concentration camps and the man had not seen his mother for the last 20 years.

“I was moved by this Uyghur exile – born and raised in what he and his fellow people call East Turkistan vis-à-vis China’s official name for his homeland, Xinjiang,” he said, sympathizing with the man as he also saw his mother for very brief times in the last 30 years before her death in February, “as a Burmese exile from military-controlled Burma, or Myanmar”.

He also said he saw at the same event some evidence of “a vast complex of concentration camps” – as a German investigative journalist put it.

“I saw photographic evidence of one complex encircled by a tall concrete wall, with watch towers, CCTV surveillance cameras and machine-gun-holding guards,” he noted.

Zarni recalled a statement of Gay McDougall, a member of the UN Committee, saying she was concerned about a UN report, which said China had “turned the Uighur autonomous region into something that resembles a massive internment camp”.

He also called on “China’s intellectuals and China-friendly global academics” to work towards reversing the “deeply troubling path” of the country.

“Until then I have decided to boycott any public or private educational or cultural event that is officially backed by the Government of China.”

Xinjiang region is home to around 10 million Uyghurs. The Turkic Muslims have long accused China’s authorities of cultural, religious and economic discrimination.

China stepped up its restrictions on the region in the past two years, banning men from growing beards and women from wearing veils, and introducing what many experts regard as the world’s most extensive electronic surveillance program, according to the Wall Street Journal.

Up to 1 million people, or about 7 percent of the Muslim population in China’s Xinjiang region, have now been incarcerated in an expanding network of “political re-education” camps, according to U.S. officials and United Nations experts.