At 70: A Few Problems with the Human Rights Concept 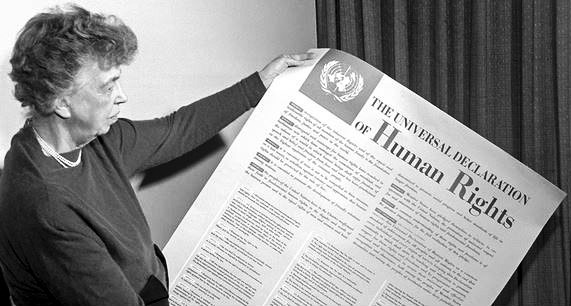 10 Dec 2018 – Today the Universal Declaration of Human Rights turns 70. All reason to celebrate. Without the norms embedded in this extremely important document, humankind would be much worse off.

Because normativity is important even though it is only words. It enables us to make those who violate human rights accountable. And that is, in general terms, an extremely important aspect of the UN and its Charter.

So too the norm expressed in its Article 1 – that peace shall be established by peaceful means and only when all such means have been tried an found in vain, can the UN member states take to violent means. As a last resort.

That said, the only two problems I have with the human rights philosophy and concept are:

One could also formulate it this way: Human beings have duties vis-a-vis those whose rights are not embedded in any declaration, i.e. other living creatures, be it trees, rivers or microorganisms, in short: Mother Earth. And these creatures cannot speak up and claim their rights – for which reason we shall have to show empathy and use our imagination to “hear” them.

We need to see it as our duty to care – care both for the non-human beings and, most importantly, caring for the yet unborn, that is for future generations.

This means giving up the contractual thinking so fundamental in the Western worldview or social cosmology.

When it comes to the yet unborn, we have to do something to make their lives possible and even good even though they cannot claim these rights and even though we do not have a ‘contract’ – a quid pro quo – with them.

The question “what did future generations ever do for us/me” is of course meaningless. But we need anyhow to think beyond ourselves in time and space, all of us: Care for the rights of the non-human beings and for the not yet born human beings. 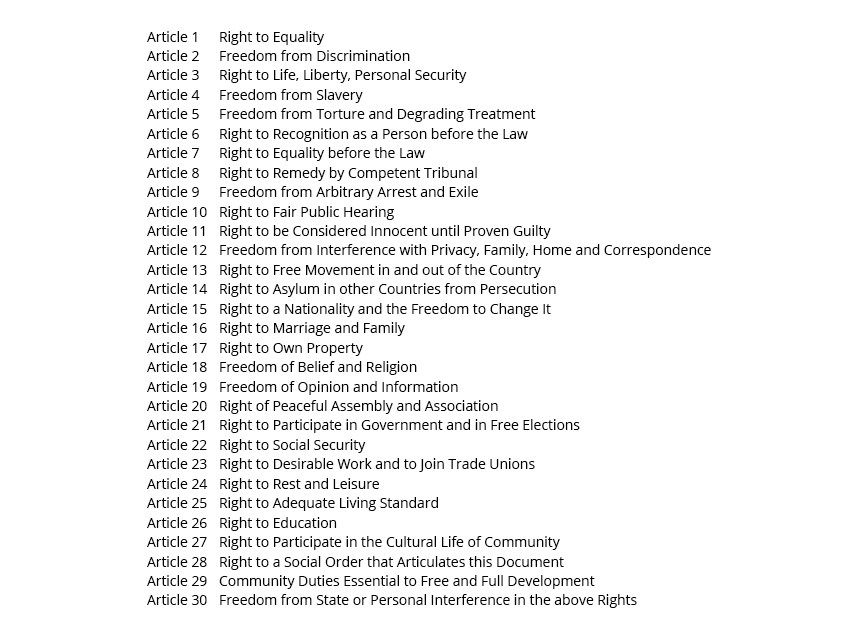 Summary of the Declaration of December 10, 1948

It goes without saying that there are many more problems with the human rights concept and policies today. To mention a few:

So what about implementation?

That said – admittedly in the more philosophical realm – it is good to also discuss how we can, much more fully, implement the present human rights norms.

You just need to let your eyes run down over the Declaration’s 30 points in summary above to see how far the world still is from the ideals – and how the West that has been championing this Declaration has itself become increasingly authoritarian over time, excusing itself predominantly by referring to its global war on terror.

This of course has to do with global, Western-driven capitalism which is not exactly a human rights promoting system, just look at the ongoing marginalisation, suffering, poverty and misery of millions of people. And when China has championed these rights the last 40 years, the West points out that it systematically violates human right, the rights of course as the West sees them.

Or look at the wars and human- and system-caused environmental problems that cause the number of IDPs (Internally Displaces Persons), refugees, asylum seekers and migrants (different concepts!) increase, now so tragically approaching 70 million fellow human beings.

A new ethics of global care

We, therefore, need a new ethics of global care – norm systems like Christianity talking about what you as an individual should and should not do to your neighbour are way too narrow in time and space in our globalising world and in the future.

Fortunately, there are some good attempts at re-thinking rights and duties such as The Earth Charter Initiative and The People’s Charter to Create A Nonviolent World – but they have not been integrated enough in the general discourse and neither have they been institutionalised nor made legally binding by governments.

While humanity can see progress here and there in terms of civilisation – which means respecting the equal human rights of everybody – there is certainly a very long way to go to improve both the way we think and speak about these things and the way the right, all of them, are realised in daily lives on the ground around our troubled Earth.

1- I have written about these matters some 25 years ago in “Alternatives To World Disorder In the 1990s. Sustainability, Nonviolence, Global Ethics And Democracy,” General Education Series, Institute of Asian Cultural Studies, International Christian University, ICU, Tokyo, 1991.

Here’s a photo of one of the summaries about global ethics: 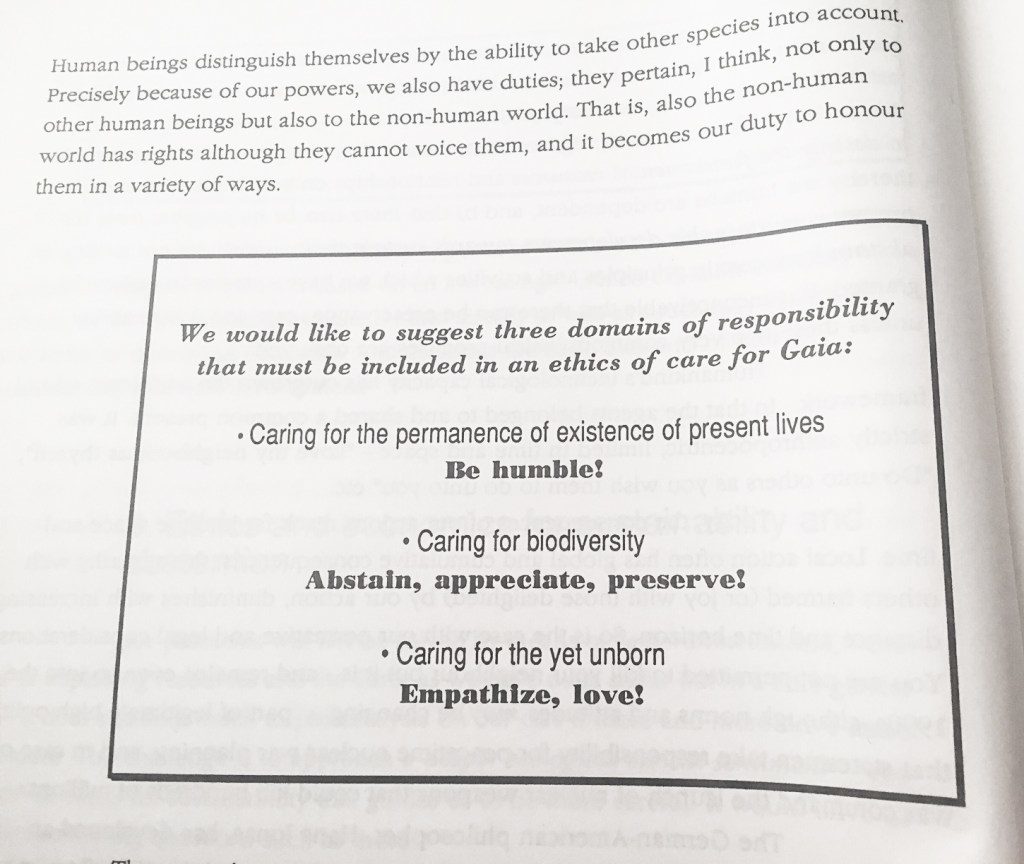 One Response to “At 70: A Few Problems with the Human Rights Concept”