New EU Sanctions on Iran: The Plank in Your Own Eyes 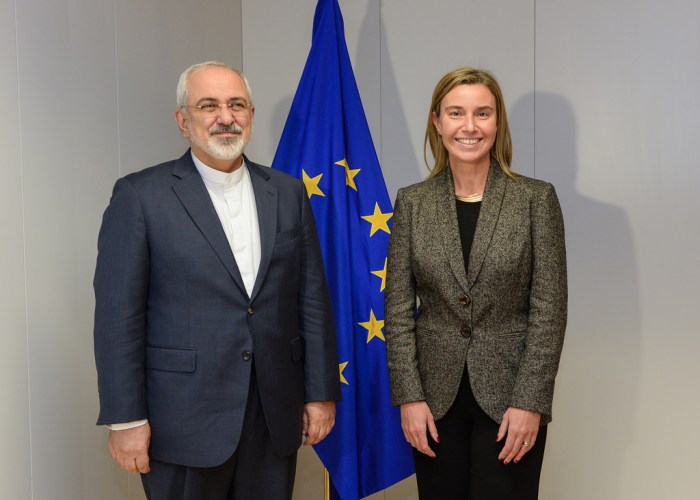 9 Jan 2019 – UPI writes that the European Union issues sanctions on Iran over assassination plots on January 8, 2019. And US Secretary of State, Pompeo, fully supports them.

The move puts the individuals and intelligence unit on the EU terrorist list – freezing their financial assets.

It’s a brilliant example of Matthew 7:3-6: “Why do you look at the speck of sawdust in your brother’s eye and pay no attention to the plank in your own eye?”

Which, it seems, is now a standard operating policy by the Western world.

Or, one may say, an example of psycho-political projection of the West’s own dark side onto this enemy today and that enemy tomorrow.

Here some arguments in support of that – perhaps to some – provocative statement:

And the EU has been woefully split on the issue too, even unable to develop an alternative to Trumpist-CIA-State Department-Deep state constantly self-contradictory, confusing and unprincipled policies.

And why is Iran and its people targeted? Because, since the Islamic Revolution in 1979 when the Western-installed (by a US/UK coup d’etat in 1953 against democratically elected Mossadegh) Shah was forced out and Ayatollah Khomeni took over, Iran has been considered a pariah state by the US and other Western countries and demonised ad absurdum.

Anybody who, like the author, has visited Iran and spoken with people at different levels and walks of life, know that the Western image of Iran has frighteningly little to do with the reality there: Fake and omission united.

That is the general background – “we don’t like them and what they do to our world leadership”. Simple as that.

The present specific sanctions have been installed in the wake of the US violating international law by leaving the JCPOA agreement about Iran’s nuclear policies – perhaps the single most important piece of international diplomacy and negotiated solution to a problem that could otherwise have caused war. (Not that there is any hard evidence that Iran attempted to acquire nuclear weapons, but so it is “alleged”, not the least by Israel and the US as pointed out so thoroughly by TFF Associate Gareth Porter.

The JCPOA is embedded in a UN Security Council resolution (2231) and, thus, a piece of international law. So, it’s the US, not Iran, that should be punished.

all these issues are so important for understanding the conflict between Iran and the West. And why sanctions, demonization and constant threats issued (also against the UN Charter) is probably all part of a build-up to some kind of violent action on Iran.

And, thus, you won’t find such arguments in the Western mainstream media. News journalists and selected experts are either conveniently ignorant about them or know how to practise self-censorship through something much much more important than fake – namely omission.

That is, the omission of facts, of conflict analysis, of the perspectives of “the others”, of peace perspectives and of even the slightest criticism of the West’s policies.

One reason, of course, is that these media and experts are dependent on being politically correct for their survival on corporate and state support.

And when the states plot wars in foreign lands, mainstream media follow His Master’s Voice.

3 Responses to “New EU Sanctions on Iran: The Plank in Your Own Eyes”