Right to Own: A Policy Framework to Catalyze Worker Ownership Transitions

16 Apr 2019 – Age-old questions of ownership, control, and distribution in our economy remain as important as ever. In fostering the creation of communities and workplaces driven by values of solidarity, cooperation, and justice, workplace democracy and worker ownership are crucial, powerful tools, and they can and should play an important role in the next economic system.

There is already a long-standing policy agenda for worker ownership that has become a powerful and effective consensus in many countries. This agenda is behind the Employee Share Ownership Plan in the 1974 Employee Retirement Income Security Act, which made available additional tax privileges throughout the next decade and allowed Ronald Reagan to join John Lewis and Karl Marx on the list of those who made public statements in favor of worker ownership.1 It is also the agenda behind both the recent tax incentives for employee ownership trusts passed in the United Kingdom,2 and United States Sen. Kirsten Gillibrand’s recently passed 2018 legislation extending Small Business Administration assistance for worker cooperatives and ESOPs.3

These have produced real improvements for countless workers, but they can only take us so far. We need a policy agenda for worker ownership compatible with the systemic change we know we need on a global scale. If we want to transition to an economy that does not drive catastrophic climate change; dispossession and violence against people of color and the developing world; and gross inequalities of power, income, and wealth, then we need to develop a vision of worker ownership that can contribute to that transition, rather than one that aligns the interests of worker-owners with the shareholders of extractive private corporations that are the problem in our society.4

The initial section of this paper is a review of relevant policy models, including Italy’s decades-old Marcora framework, Washington, D.C.’s Tenant Opportunity to Purchase Act, and the legislative history of existing worker ownership models in the United Kingdom and United States. These will lead us on to a discussion about the principles that should underlie a progressive policy agenda for worker ownership.

The second section of this paper—the policy proposal itself—describes a set of institutions and laws that could enable a substantial share of the economy to transition to democratic worker ownership with “sheltering institutions” that provide a countervailing force against the rigid demands of the market. We aim to offer a path forward for worker ownership for those of us who believe that system change is necessary.

We provide a generalized technical model of a pluralistic “institutional ecosystem” to surround worker-owned businesses; a legal framework that provides an effective right of first refusal to workers to purchase sites and companies that are being closed or sold; and a discussion of the limits of our proposal and an outline of an interlocking mechanism that could fill the most significant of these gaps—especially capital-intensive, publicly traded, and large employers—with an “inclusive ownership fund” that would gradually increase democratic ownership over these key institutions in our economy.

The ultimate goal is twofold: to massively broaden the pool of candidate companies and sites that can be legally transitioned to democratic worker ownership if given the resources (through the right of first refusal) and to substantially deepen the financial and technical resources available to workers at companies and sites within that “candidate pool” to transition their workplace to democratic ownership.

This paper offers tools to activists and lawmakers to promote economic transformation in their own jurisdictions. The appendices offer additional suggestions and implementation details to expand our general model in the United States, where we are based, and in the United Kingdom, where similar ideas are advocated by Labour Party policy as the “right to own”—a term that we also use to describe the full proposal in this paper.5

With these policies in place, societies will be far better positioned to prevent mass layoffs as a result of the so-called “silver tsunami” of retiring baby-boomer owners of small-to-medium business enterprises, many of whom currently close their companies at retirement or sell them to extractive vulture capitalists who asset-strip the firms with little protection for workers. In many localities, extensive legal, financial and technical supports for worker ownership is the best option for maintaining community stability in the face of an inevitable and significant economic transition—one that can be reprogrammed to serve the interests of the many in order to prevent it being exploited by the few.

What the Public Thinks

A poll commissioned by The Democracy Collaborative with YouGov Blue found overwhelming support for a policy that would give workers the right of first refusal when their workplaces were slated for sale or closure, with 69% of respondents in support and only 10% opposed: 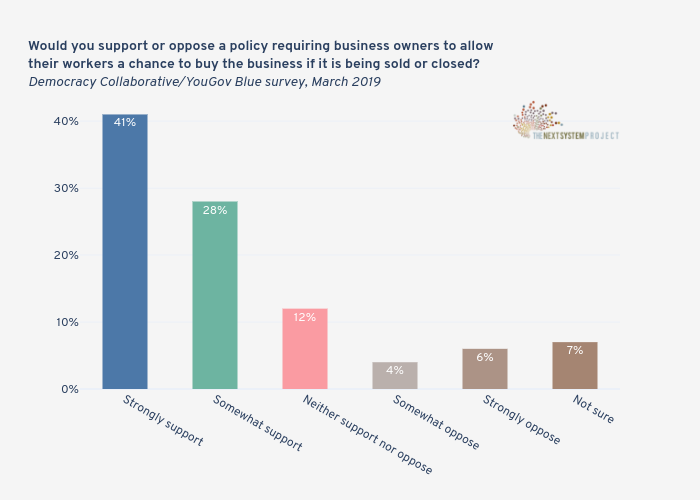 Unlike many proposals that aim at a more egalitarian distribution of wealth, our polling shows that a workers’ right of first refusal is wildly popular across party lines, with 66% of Republicans in support. 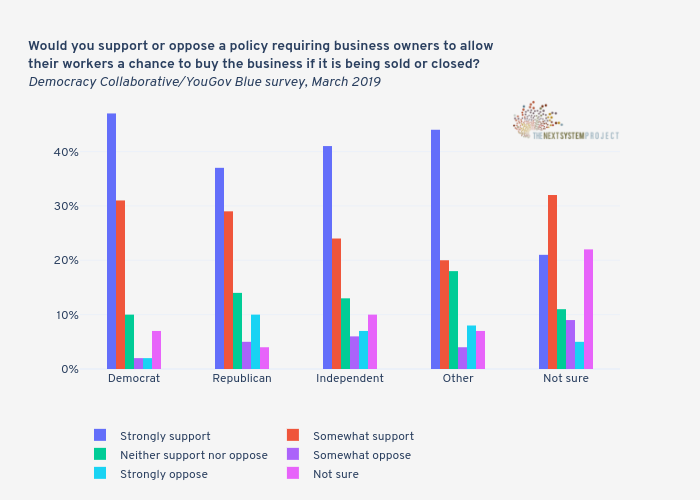 Our polling also tested support for a workers’ right of first refusal against support for the existing federal tax subsidies established to reward owners who transfer their businesses to employees by allowing them to defer taxation on such sales. This “1042 Rollover” is very familiar to the employee ownership sector, of course, but not widely known outside of it. Due to its origins under the Reagan administration, this subsidy to owners is often held up as an example of the bipartisan appeal of employee ownership. To our surprise, we found a workers’ right of first refusal outpolls the 1042 rollover subsidy by a 14-point margin, with only 55% of respondents in support of tax subsidies for owners who sell to their employees. Moreover, only 49% of surveyed Republicans supported the 1042 rollover, compared to the 66% of Republican respondents who expressed support for a right of first refusal. 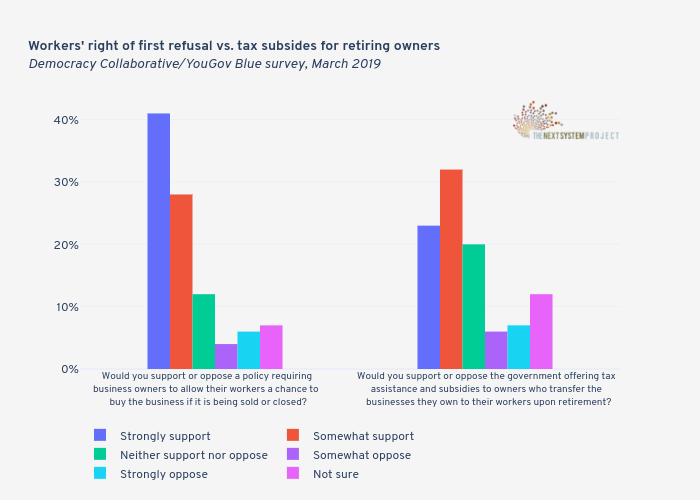 Our polling also found that support for a workers’ right of first refusal increases and solidifies with age—while a solid 59% of 18-29 year old respondents are in support, 15% responded they were not sure. But 81% of respondents over 65 were in support, with only 4% unsure.

Finally, while support was strong across racial and ethnic groups, we found that particularly strong support with respondents identifying as Hispanic, with 78% in favor of a workers’ right of first refusal. 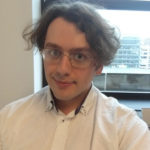 Peter Gowan graduated Trinity College, Dublin in 2016 with a dual-major BA in History and Political Science, and recently joined the Next System Project as a Summer Resident Fellow after completing the coursework on an MA in Political Communications from Dublin City University. This summer he will be researching “right to own” worker buyouts and contributing to the Next System Project’s research on the political economy of decarbonization. Peter’s previous research focuses on political economy and alternative models of ownership. Last year he co-authored the “Social Housing in the United States” report for the People’s Policy Project, which received positive coverage in The Nation, The Guardian, Jacobin, Mother Jones, and Current Affairs. He produced research on the Swedish Meidner Plan, plans for systemic economic transition, and decarbonization. He also worked as a researcher for Irish parliamentarians Róisín Shortall and Catherine Murphy, contributing to labor market and housing policy development.