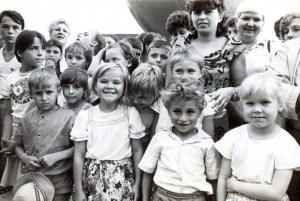 8 Jun 2019 – While the new four part HBO documentary about the 1986 nuclear power plant meltdown in Chernobyl is being viewed by millions a related story of human dignity and solidarity that was omitted also needs to be told.

The disaster that started on April 26, 1986, at reactor No. 4 of the Vladimir Ilyich Lenin nuclear power station in Ukraine, resulted in a wide array of painful radioactive related conditions to thousands of children living in the area where the nuclear disaster took place.

In 1990, the Cuban Government headed by Fidel Castro decided to aid the victims by taking the town of Tarara, an ex seaside resort for the country’s bourgeoisie and military elite during the Batista dictatorship, in eastern Havana and turning it into a real hospital and treatment city. In addition to the clinical facilities for those affected – which included two hospitals and some 20 medical branches in the professional category – the small city had a theatre, several schools and recreational areas stretching out over almost two kilometres of crystal-clear beaches.

The Tarará pediatric hospital treated more than 25,000 children, accompanied by their families, who were victims of the tragedy from Ukraine, Russia and Belarus, most of them had thyroid cancer and leukemia since they had been exposed to iodine-131 or caesium-137. They also suffered from deformities, muscular atrophy, skin disease, and stomach problems. Along with all that most of the children suffered from post traumatic stress caused by experiencing the nuclear horror.

Cuban doctors Julio Medina, who coordinated the program for years, and Omar Garcia, researcher at the Center for Radiation Protection and Hygiene, divided the patients into four groups. It entailed staying on the Island between 45 days and several months depending on the seriousness of their condition. Cuban doctors, teachers and social workers took care of the Chernobyl children at the facility from 1990 to 2011.

Cuban consul Sergio Lopez said in the documentary Chernobyl in Us. “Fidel made it clear to me, I don’t want you to go to the press or the press to go to the Consulate. This is a basic duty we are meeting with the Soviet people, with a sister nation. We are not doing this for publicity.”

Three months before the first aircraft arrived from Ukraine with 139 children, Fidel had informed the Cuban population that hard times were coming, since the fall of the Berlin Wall was the beginning of an economic crisis and that would include serious scarcity. But continuing with the plan to support the Chernobyl victims was never called into question. “Though Cuba endured difficult economic times during the Special Period our country continued providing specialized healthcare for those children, fulfilling a commitment of solidarity,” Dr. Medina told Telesur in 2017.

A few weeks ago, Cuba announced that they will resume the program for the sons and daughters of the victims, who are showing ailments similar to those of their parents. This time, they are going to be treated at Siboney International Clinic, in western Havana. The HBO television series has come to an end, but Cuba’s solidarity will never end.