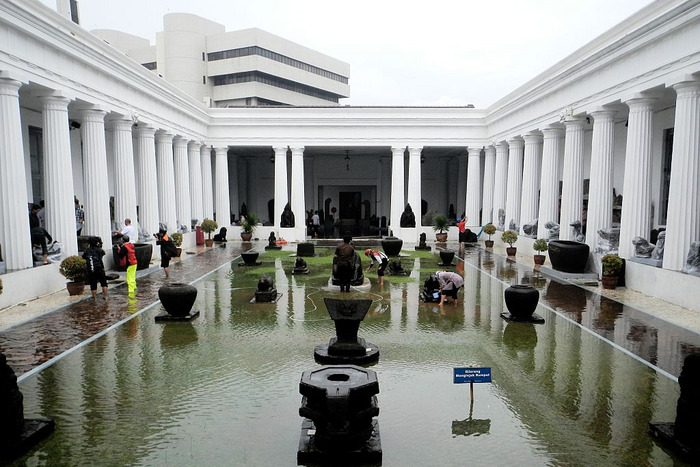 26 Aug 2019 – Jakarta, the soon-to-be-former capital of Indonesia, is an imperfect city to point to as an early mark of climate change. The megalopolis of 10 million people is sinking, yes, but most of that descension can be traced back to human activity: Illegal wells are draining the aquifer on which Jakarta sits, sucking the city into the earth. Close to 40 percent of the metro area is now below sea level, some coastal neighborhoods have sunk by as much as 14 feet, and according to one BBC estimate, 95 percent of the city’s northern district is expected to be underwater by 2050.

From another perspective, it represents a complete picture of how city-level troubles are compounded by a hotter, wetter planet. Despite powerful rainfall, the aquifers aren’t recovering, as the fields that fed rain into the water table are choked by pavement: Over 97 percent of the city is covered by asphalt and concrete. The mangroves that once served as a natural buffer to monsoons have been cut down for development, and even if they remained, they wouldn’t be able to deter the possibility of three feet of sea-level rise expected in the region before 2100.

Either way, Jakarta — originally Jayakarta, “victorious” in Javanese — is taking a political loss, as Indonesia’s president Joko Widodo announced Monday the proposed location of a planned city that will serve as the new capital for the world’s fourth-most-populous nation. The new spot will be across the Java Sea on the Indonesian-owned bulk of the island of Borneo. The relocation is expected to cost $34 billion and take around ten years. “As a large nation that has been independent for 74 years, Indonesia has never chosen its own capital,” President Widodo announced. “The burden Jakarta is holding right now is too heavy as the center of governance, business, finance, trade and services.” The plan, first announced without a location in April, requires parliamentary sign-off before the massive overhaul can begin. According to the Guardian, “By around 2024, the government expects to start moving some of its 1.5 million civil servants to the new bureaucratic centre.”

Lists of practical, political, and environmental questions remain. The new capital will be planted in a relatively unbuilt region of Borneo, an island suffering from massive deforestation: According to NASA researchers, the recent burning of the island’s forests and carbon-bomb peatland led to the largest one-year global increase in emissions in two millennia. Will the project “not disturb any existing protected forest,” as the country’s planning minister proposed? In Jakarta, will the government properly invest to deter sinking — and other problems, like the city’s air pollution and hellish traffic — as it spends billions across the Java Sea? Will the city in Borneo rise above the anodyne reputations of planned capitals past? At least there’s a fairly easy one: What will the new city be named?

Tags: Asia and the Pacific, Environment