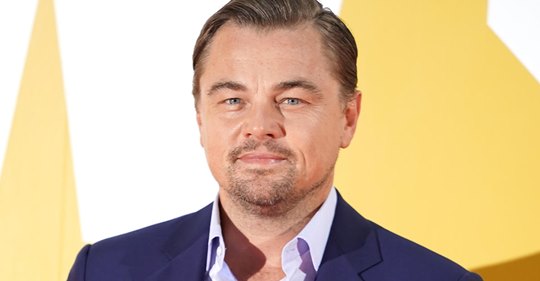 26 Aug 2019 – Leonardo DiCaprio’s new environmental foundation, Earth Alliance, has made an initial pledge of $5 million to help fight the raging fires devastating the Amazon rainforest. The Oscar-winner’s organization, which made the announcement over the weekend, addresses urgent threats against the planet.

After Brazil’s space research center INPE identified a record-breaking surge in fires in the iconic rainforest this summer, outrage and concern have grown across the world. The massive Amazon rainforest, known as the “lungs of the planet,” is the most biodiverse ecosystem on earth. Many organizations have stepped up to help provide aid to the affection region and its indigenous population, including Earth Alliance, which launched the Amazon Forest Fund on Sunday.

The fund will focus on “providing critical resources for indigenous communities and local partners working to protect the life-sustaining biodiversity of the Amazon against the surge of wildfires burning across the region,” according to Earth Alliance. It says the donations will be distributed directly to local partners and the indigenous communities protecting the Amazon.

#EarthAlliance, launched in July by @LeonardoDiCaprio, Laurene Powell Jobs, and Brian Sheth, has formed an emergency Amazon Forest Fund with a commitment of $5 million dollars to focus critical resources for indigenous communities and other local partners working to protect the life-sustaining biodiversity of the Amazon against the surge of fires currently burning across the region. Join Us. 100 percent of your donation will go to partners who are working on the ground to protect the Amazon. Earth Alliance is committed to helping protect the natural world. We are deeply concerned about the ongoing crisis in the Amazon, which highlights the delicate balance of climate, biodiversity, and the wellbeing of indigenous peoples. To learn more or to donate, please visit ealliance.org/amazonfund (see link in bio). Photos: @chamiltonjames, @danielbeltraphoto 2017

“We are deeply concerned about the ongoing crisis in the Amazon, which highlights the delicate balance of climate, biodiversity, and the wellbeing of indigenous peoples,” the group said.

The Amazon fires have become a global issue, escalating tensions between Brazil and other countries that believe Brazil’s right-wing populist President Jair Bolsonaro has neglected commitments to protect the environment. Bolsonaro’s policies have emboldened farmers and ranchers to clear more land in the rainforest for agriculture, speeding up the rate of deforestation.

“As we chop more of the rainforest down — and this has been going on for decades, this is not an isolated issue — as we chop more of the rainforest, what we’re risking is reaching a tipping point, where that moisture system might be too dry to produce the rain. And then you have a serious problem on your hands, because you’re talking about the entire Amazon sort of collapsing,” Rosolie explained.

Earth Alliance also warns that destruction of the Amazon rainforest releases more carbon dioxide into the atmosphere, diminishing an ecosystem that absorbs millions of tons of carbon emissions every year and is one of the planet’s best defenses against the climate crisis.