George Harrison died on 29 November 2001 at the age of fifty-eight.

After meeting A.C. Bhaktivedanta Swami Prabhupada, founder of the International Society for Krishna Consciousness, of which he became an active participant, Harrison turned his devotion to Lord Krishna in 1969. [i] 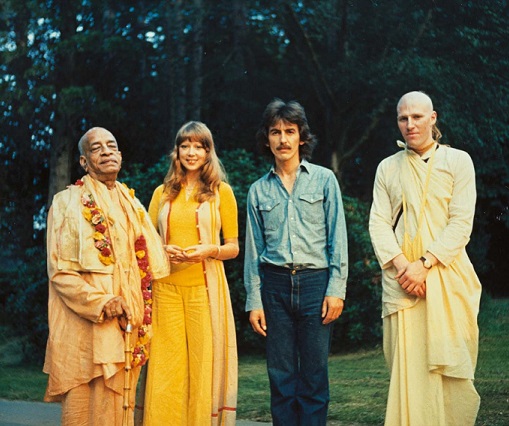 Anticopyright: Editorials and articles originated on TMS may be freely reprinted, disseminated, translated and used as background material, provided an acknowledgement and link to the source, TMS: The Answer Is in the End: George Harrison, a Prophet for Our Time, is included. Thank you.