From Colonization to Kleptocracy: A History of Angola and Isabel dos Santos

5 Feb 2020 – Our visual explainer shows you how Africa’s richest woman rose amid a country divided by war and rich in natural resources. 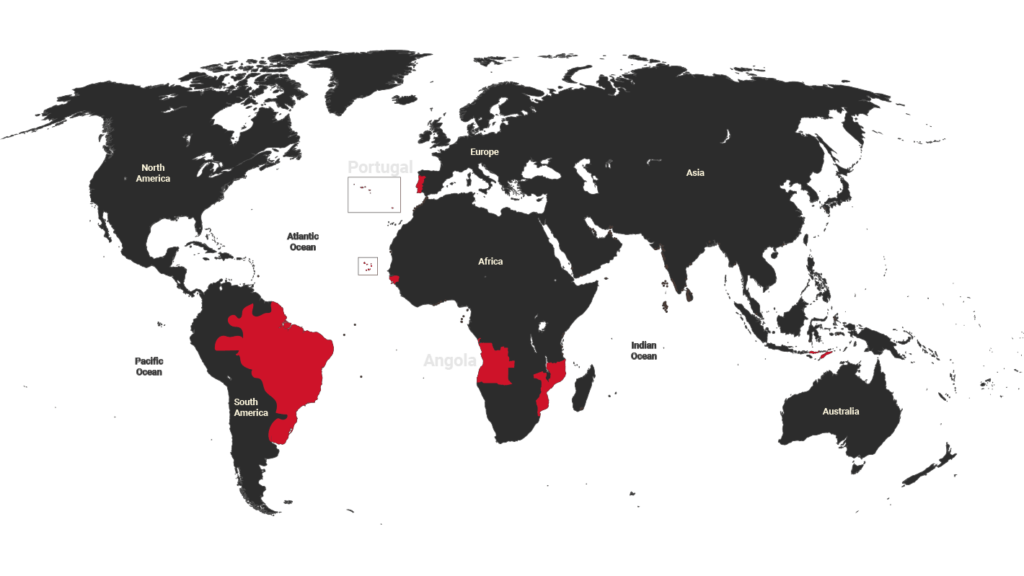 With a natural harbor providing access to the Atlantic, Luanda becomes a major hub of the slave trade. Over three centuries, Portuguese and other slave traders ship nearly 6 million people from West and Central Africa to the Americas, particularly Brazil. 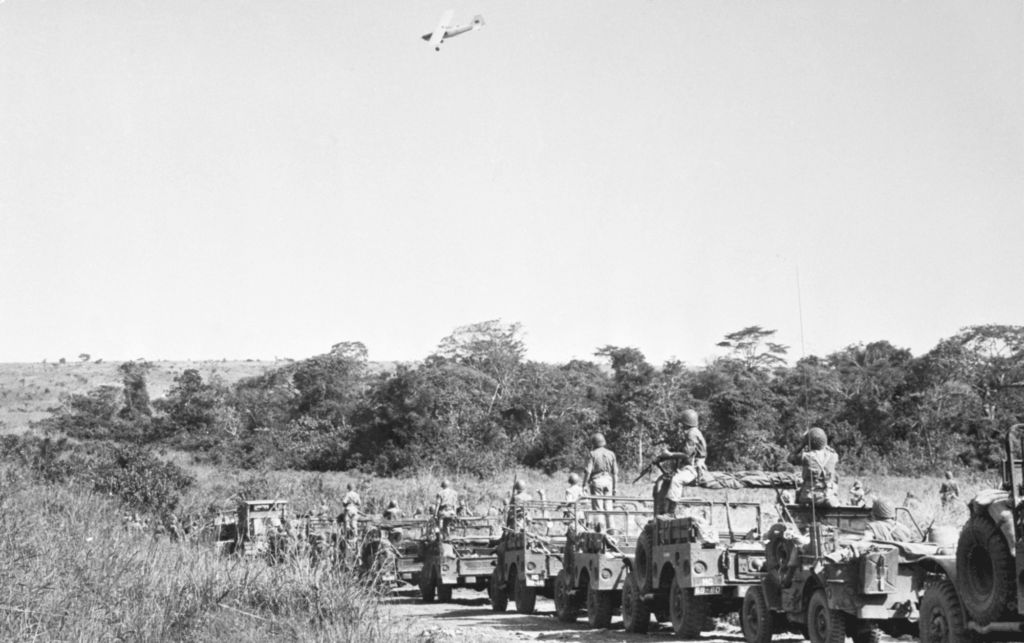 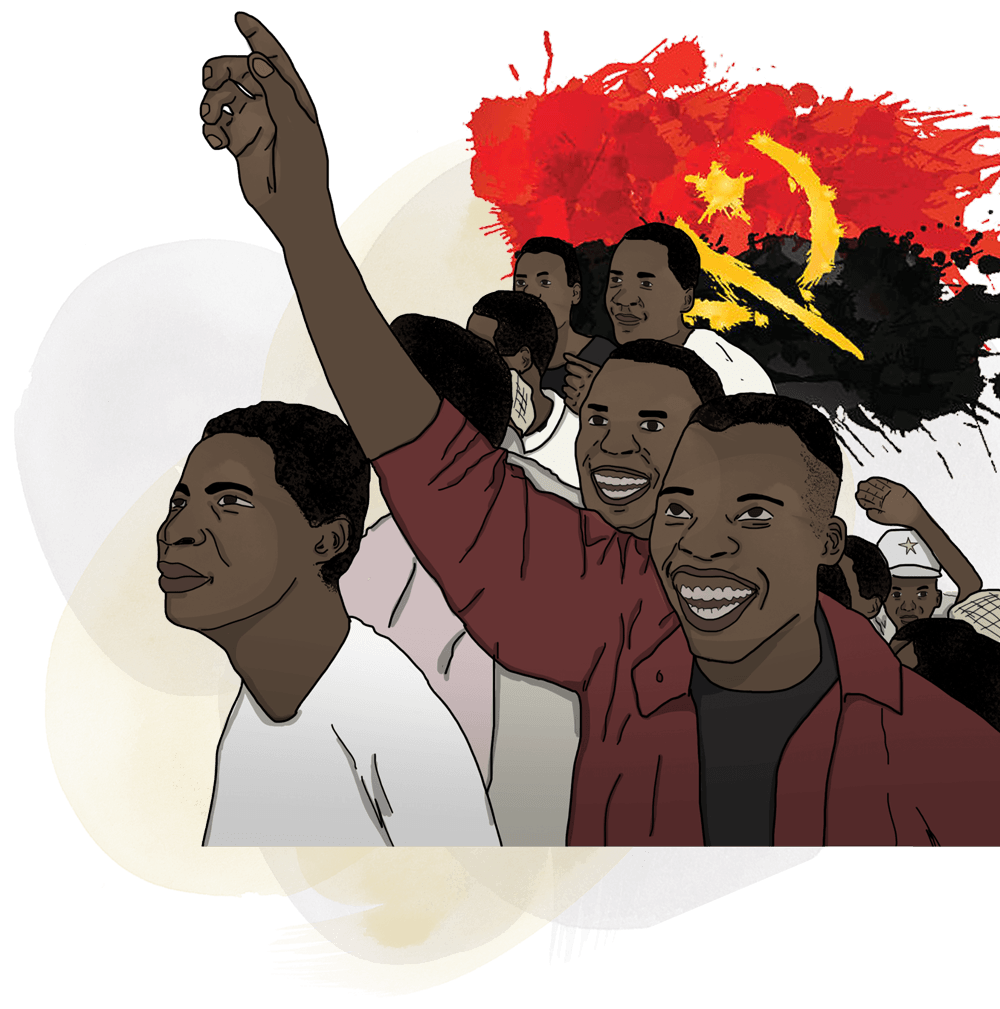 The fall of an authoritarian regime in Portugal fuels opposition to colonialism, paving the way for Angolan independence. 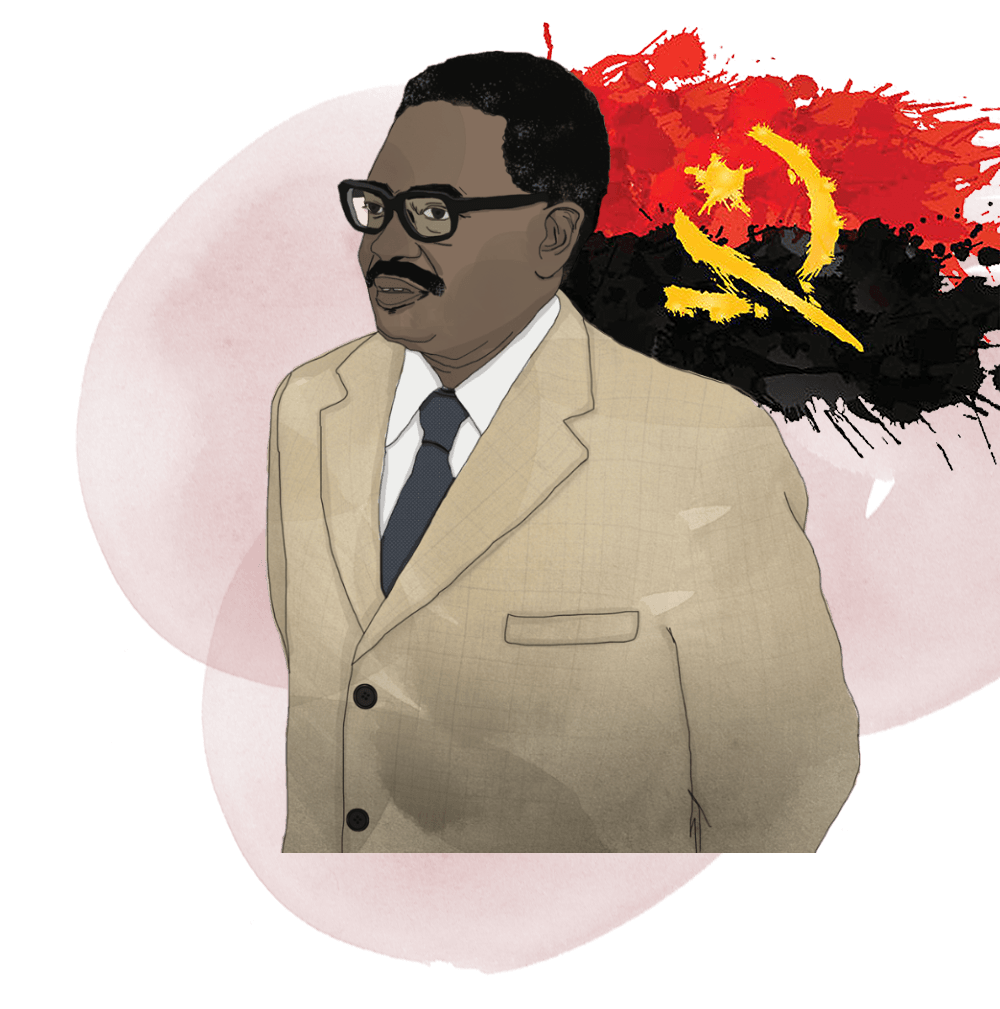 António Agostinho Neto, leader of the Movimento Popular de Libertação de Angola (MPLA), becomes the country’s first president after the MPLA takes control of Luanda and secures the country’s coastal oilfields. Deep divisions remain between the MPLA and other factions that fought for independence. 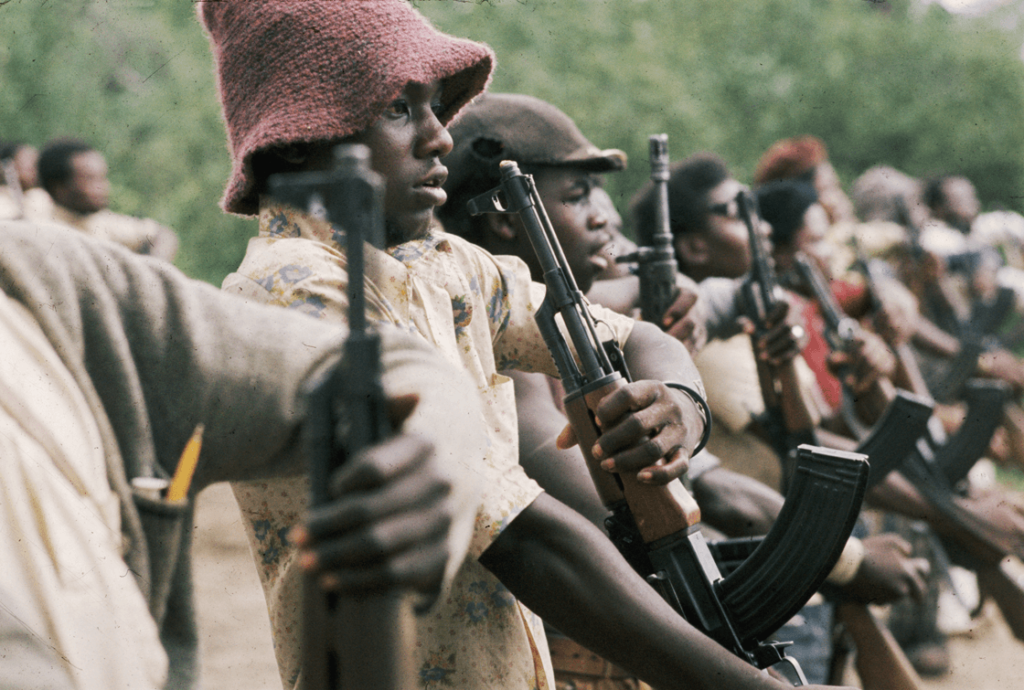 A brutal civil conflict consumes Angola. The Soviet Union backs the MPLA; the United States backs the opposition UNITA movement. A United Nations special envoy will later describe it as “the worst war in the world.”

The large oil deposits in Angolan coastal waters promise to transform the economy, but the war is taking a toll. Hundreds of thousands of Portuguese settlers, as much as 90% of the settler population, flee Angola, ravaging the broader economy. Western oil companies manage to pump about 100,000 barrels a day, well below earlier levels. The Luanda government is determined to keep oil operations running — and the cash flowing — even as war tears the country apart.

To secure technological help from the West, the government creates Sonangol, a state-controlled company, and later guarantees it a 51% share of oil production in Angola. With authority to negotiate exploration and production deals with U.S., French and other multinational oil companies, Sonangol quickly becomes the state’s primary revenue source, generating billions of dollars of badly needed foreign currency to fund the war effort. The money also enriches Angolan leaders, who use self-dealing contracts to build personal fortunes and pay off internal opponents.

Sonangol will go on to play a dominant role in the Angolan economy, acquiring stakes in banks, global real estate, health, education, transport and telecommunications companies, and in joint-ventures in Australia, China, the U.S. and elsewhere.

Today, crude oil still accounts for more than 90% of Angola’s exports. The economy’s fortunes ebb and flow with oil prices. 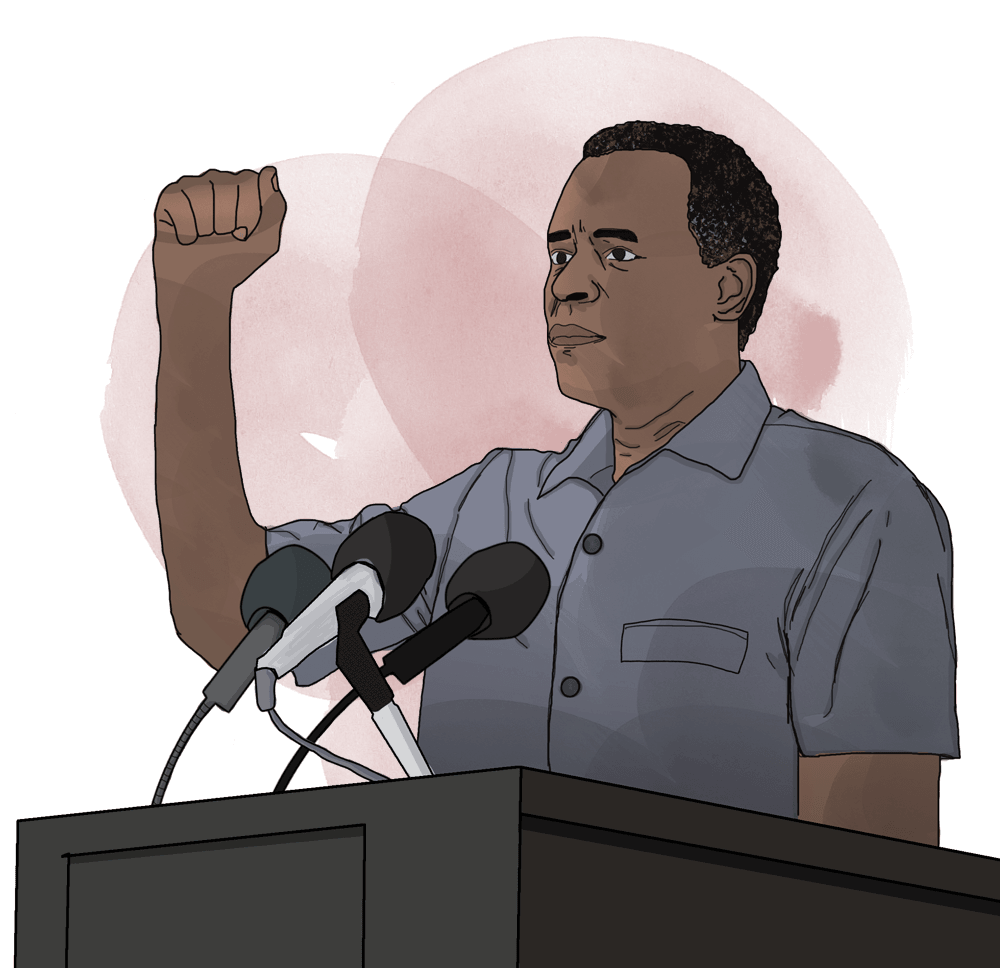 Neto dies of cancer and is succeeded by José Eduardo dos Santos, 37, an MPLA veteran of the war of independence. His family and allies will dominate Angolan political life for most of the next four decades. 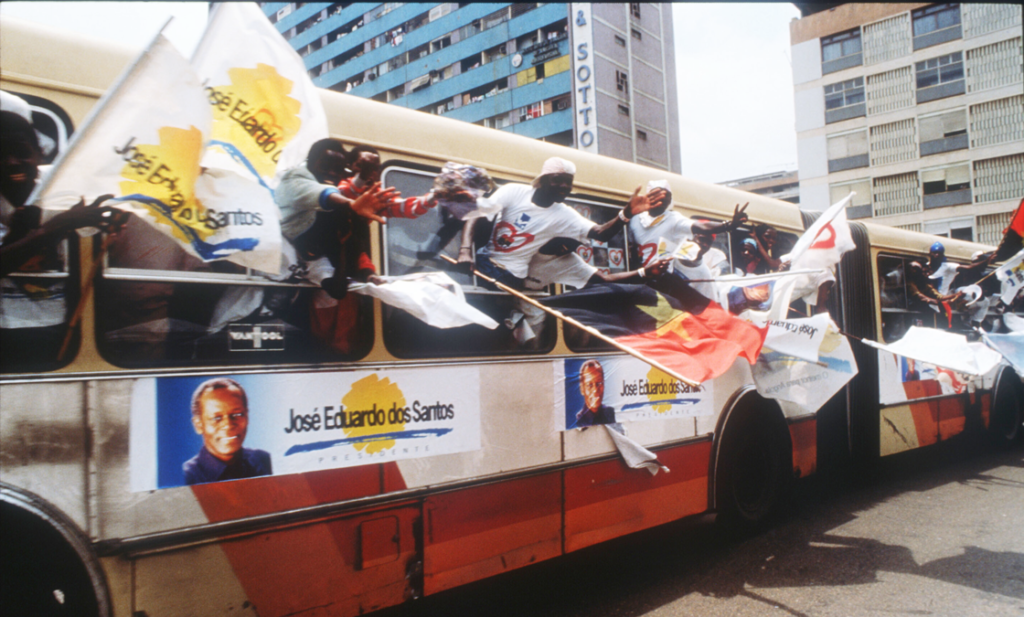 After a 15-month cease-fire, UNITA leader Jonas Savimbi agrees to take part in an election. The MPLA wins, but Savimbi says the vote was rigged and resumes the war. 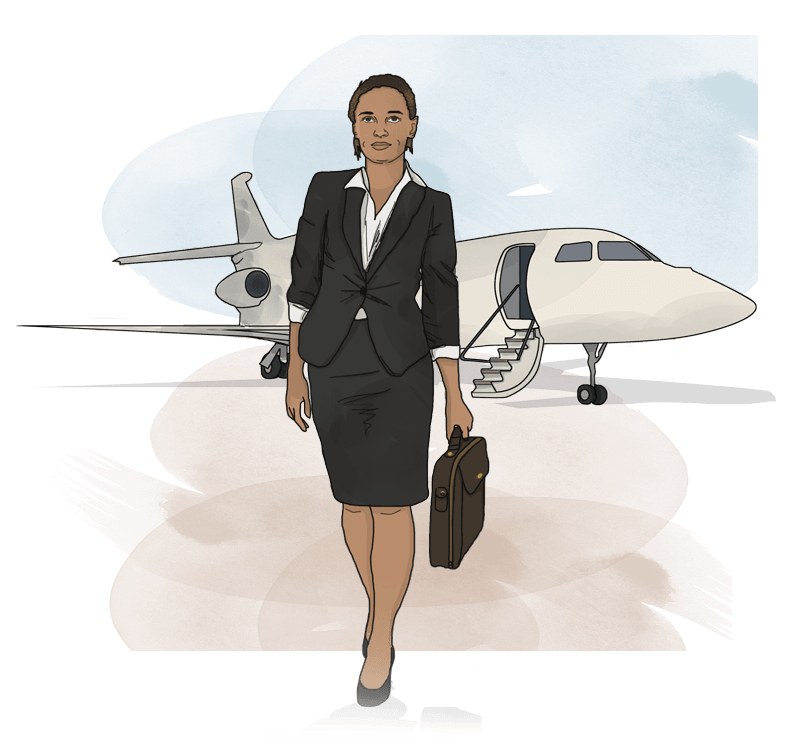 Isabel dos Santos, 24, uses what she later says are her savings to invest in the struggling Miami Beach Bar, situated in what will become a plush district of the Angolan capital. The venue becomes a playground for the “Futungo,” a small clique of influential Angolan families.

Born in 1973 in Azerbaijan, Isabel is the only child of José Eduardo dos Santos, then an exiled guerrilla fighter, and Tatiana Kukanova, a Russian, whom the future Angolan president met while studying petroleum engineering at the Azerbaijan Oil Academy in Baku.

The marriage didn’t last, and Isabel was raised by her mother, spending some time in Luanda and her teen and young-adult years in London, where she attended the exclusive St. Paul’s girls’ school.

After graduating in 1994 with a degree in electrical engineering and business management from King’s College London, she worked for Coopers & Lybrand, an accounting firm, and then won a job as a project manager on a major government-funded sanitation project in Luanda.

TO CONTINUE READING THE REPORT Go to Original – icij.org