Articles by The International Consortium of Investigative Journalists 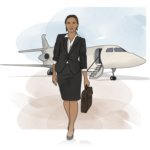 From Colonization to Kleptocracy: A History of Angola and Isabel dos Santos
The International Consortium of Investigative Journalists – TRANSCEND Media Service, 10 Feb 2020

5 Feb 2020 – Our visual explainer shows you how Africa’s richest woman rose amid a country divided by war and rich in natural resources. Born in 1973 in Azerbaijan, Isabel is the only child of José Eduardo dos Santos, then an exiled guerrilla fighter, and Tatiana Kukanova, a Russian, whom the future Angolan president met while studying petroleum engineering at the Azerbaijan Oil Academy in Baku. The marriage didn’t last, and Isabel was raised by her mother, spending some time in Luanda and her teen and young-adult years in London, where she attended the exclusive St. Paul’s girls’ school. 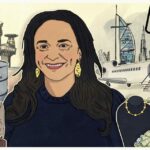 19 Jan 2020 – Isabel dos Santos made a fortune at the expense of the Angolan people, Luanda Leaks reveals. She spun a story the world wanted to believe: a self-made billionaire who had risen in a male-dominated business world in an African country ravaged by civil war and poverty.

Find out who’s behind almost 320,000 offshore companies and trusts from the Panama Papers and the Offshore Leaks investigations.

Spies and Shadowy Allies Lurk in Secret with Help from Offshore Firm
Will Fitzgibbon - The International Consortium of Investigative Journalists-ICIJ, 11 Apr 2016

﻿3 Apr 2016 – The 2.6 terabyte trove of data at the core of this investigation contains nearly 40 years of records, and includes information about more than 210,000 companies in 21 offshore jurisdictions. Read more about the data and our methodology.

Swiss Leaks is a collaborative investigation that exposes how the Swiss branch of one of the world’s biggest banks, HSBC, profited from doing business with tax dodgers and criminals around the world. Team of journalists from 45 countries unearths secret bank accounts maintained for criminals, traffickers, tax dodgers, politicians and celebrities.

A self-confessed “accidental” reporter, Dai Qing has been making waves in Chinese media and society for more than three decades with fearless story-telling and outspoken opinions.

U.S. government surveillance programs are scaring away sources, making journalists feel like criminals and spies, and impacting the public’s access to quality news reporting, according to a new report released today [28 Jul 2014].