January 2014 – Some 50 years ago I had been puzzled so much by two problems in connection with foreign news that I decided to do some research on reporting–Cuba, Cyprus, Congo–published first time in January 1963.(*)

The first problem was empirical: how do events become news?  There are enormities of events happening, at any point of observation, by professional journalists, foreign correspondents or not: how come that some are elevated to the level of news?  What is news anyhow?

The second problem was more normative: why this predilection for negative news, something bad–to somebody–happening?  Why, but then also why not?  You are driving on a road and the flash on the radio “there is a boulder blocking the road around the next sharp turn” matters more than “the road ahead is curvy but smooth”.  The positive and the negative, the good and the bad, are not symmetric attributes.

I had done some journalism myself for the Norwegian Broadcasting Corporation–in the US South, Cuba, India, Africa–but as reporting, stories, narratives, not as events carved out from their space-time context.  As a social scientist I wanted to see events, news or not, as conditioned, not determined, by the context.  Interviews with Fidel Castro and Dalai Lama were inserted in contexts, including sounds.  And I had met many journalists who could not care less about contexts and seemed to have no doubts about what was news.

That experience, dialogue with others and content analysis led to  the radio dial–turning the knob searching for something to tune in on–as an 8 factor model.  The frequency has to be inside the dial; the signal has to be strong; it has to be unambiguous (no noise); meaningful; consonant with the expected; different from the expected; an old signal already tuned in to; a new signal never tuned in to.

Trivial perception psychology accounting for much filtering and distortion, like the two contradictions 5-8 filtering out in-betweens.

Then, 4 more factors that are less trivial:

* the more the event is due to personal action;

* the more negative the event is in its consequences–

the more likely it will become a news item.

A trivial consequence, the addition hypothesis: the more of the 4 factors the event satisfies, the more likely it becomes news.

And then a less trivial consequence, the compensation hypothesis: high level on some factors may compensate for low level on others.

The perfect event according to the addition hypothesis is indeed the assassination of US President JF Kennedy.  The veracity of the reporting is another matter; the hypothesis is about the event.

How about the death of Mandela-an elite person but not in an elite country?  Death is negative but it was not due to action, as opposed to impersonal “structure”, “culture”, “process” (including of the body).  A +2 event, compensated as relevant for all of Africa, for the whole world, as  He Alone, leaving out President de Klerk and Archbishop Tutu (an important trinity model that might one day turn Israel around).  In other words, events have to be helped a little to become top news; unassisted they may not make it.

Negate the first two of the four factors and we get the vast masses of humanity living in what used to be called “Third World” countries.  How can they ever make news?  By something super-negative like a major earthquake-typhoon-tsunami, or human-made like military coups with much killing and major wars.  Whereas the opposite, elite people in elite countries, can even make news when something positive happens, like the birth of a prince(ss).  Result: a systemic bias in the reporting about center and periphery countries that reinforces the structure and makes the world unprepared for something like BRICS.

The structure of foreign news construction matters greatly.  But how do we explain that it came about, roughly speaking, that way?

The first two factors are simple: social class, both in the global and the domestic structures, of top significance in the country often seen as the creator of journalism, foreign and at home: England.

For the third factor, the focus on personal action, maybe the SPO structure of a correctly formulated Indo-European sentence; subject-predicate-object.  A corpse by the wayside is an important event, but unlikely to become news with only P and O; no “who done it”, no S.  News is also syntax-driven, not only event-driven.

For the fourth factor, negativism, maybe the place to look is the classical, Aristotelian, theory of drama?  News should be dramatic, that is already in the idea of something new, not olds, not there at the last edition of read-listen-view media.  A discontinuity.  But drama, we are told, comes in two varieties, tragedy and comedy, negative and-or entertaining, in other words: infotainment.  As opposed to working it through, transcending, transcendy?

News should vary with language structures and narratives that break the (false) tragedy-comedy dichotomy.  In Japanese, less so in Chinese, a PO sentence is complete, the subject is dispensable.  “A shot killed him”, “There is an opinion” do not call for who fired, who holds that opinion.  Structure, culture and process come more easily.

And positive news come more easily.  China Daily reports projects to improve housing conditions for the underprivileged, that the economy will be smooth and stable, the high speed trains are on fast track with 12,000 kilometers, more than half of the world, and more yin/yang news.  Periphery India also figures with train news: at least 26 killed in train fire.  And the New York Times?

Politics and economics, domestic and global: all negative.  But arts, sports, fashion in the USA; they all get positive coverage.

All of this may correspond to facts or not, but the point is what events were reported.  “Propaganda”, many would say about the Chinese reporting, truthful or not “they are hiding the shadowy sides”. Maybe.

But maybe an overload of negativism is also propaganda, and in that case for what?  For watch out, do not take anything for granted, the road looks smooth, but there may be a boulder waiting for you?

But most negative news is about factors beyond ordinary people control whereas positive news may affect them positively.  The former may instill pessimism, the latter optimism, so what is propaganda?

Thus, violence is reported, often unnecessarily detailed.  About any underlying conflicts there is little, of possible solutions to such conflicts nothing; leading to feelings of apathy, nothing can be done.  Solution-reporting could lead to optimism and learning; it is as if violence is untouchable, to be protected ,like war, as a state prerogative.  Propaganda for state-ism, of the worst kind.  But such is the collective subconscious of Western media journalism, not easily changed except, maybe, by practicing the opposite, not substituting Pollyanna for Cassandra news, but a mix of the positive and negative, the good and bad, yin/yang; throwing in important olds with the news.

In this very impressive study, a world record in the study of foreign correspondence, in 30 European countries, some significant trends emerge.  They are not about the collective subconscious, the deep culture of foreign news explored above, but about crucial factors affecting that culture.  We may talk about reporting deep structure.

As a point of departure: what kind of ideal reporting structure would we like to have, not necessarily visible to the naked eye, nor planned but present as an empirical fact?  What would we like to know?

What happens around the world relevant to them, in countries high and low, to people high and low, due to action or process or no process at all, permanence; and the good-positive with the bad-negative.

For that we do not need foreign correspondents.  We need a page or so in our paper, some time on radio-TV reporting the headlines around the world, giving us an image of what matters to them, and, as importantly, of similarities and differences in the choices.  Media referring to itself as a global paper-radio-TV, should be sensitive to its strong Anglo-American accent in their choices and spend some space and time reporting from the horse’s own mouth.

Foreign correspondents are needed around the world for what is relevant to us, not necessarily the same as to them.  They have to be of our own kind, loaded with our perspectives on the world.  Taken alone, as the only source of information about the world, “relevant to us” becomes national egocentrism with us at the center of the world. Added to “relevant to them” we may get a more global perspective.

How does this image stand up to today’s reality?  The study reported in this book gives much information, and dimensions.  General tendency: decline of foreign correspondence, but the picture is mixed.

There is a move toward free-lancing which may inject some fresh perspectives, but may also be lacking in professionalism.  The Chinese correspondents increase in numbers, doing their “relevant for us” job.  Foreign correspondents remain influenced by their own journalistic culture.  To the extent that means the deep culture referred to much weeding is needed and more so with Western media agencies taking over.  However, adding Tass and Xinhua to AP-UPI-Reuters-AFP reporting about Afghanistan and Iraq already makes for a richer perspective–some websites do that.  And the competition between foreign correspondents and agencies may also do some good, like reporting beyond sound-bites.

Then come time pressure, lack of financial resources and Internet as the new media; all squeezing out classical foreign correspondents.  I remember with nostalgia excellent correspondents for Norwegian media, not youngsters, experienced, much time living abroad: out.

London seems still to be the press hub above all others, probably stimulating homogeneity built around that deep culture.  It may be argued that journalists should not meet each other too often as they may adjust to a common denominator and lose variety in perspectives.  London may soon be outcompeted by some place in the East–like so much else in the West is outcompeted–but not necessarily for the good unless they do that weeding.  Two hubs together might make sense.

Today foreign correspondents must cover regions, not only states, and all fields–economics-finance, politics-military, culture, social.  Too much for one person, possibly a death-blow to an old institution.

What comes in its place?  Probably a combination of free-lancers and experts, on the Internet; reporting from anywhere about anything, and experts would be more than happy to pontificate.  The perspectives will vary, but they will be increasingly global and more holistic; more “relevant to all of us”, less framed us vs them.

There may even be space for solutions!  The future will tell. 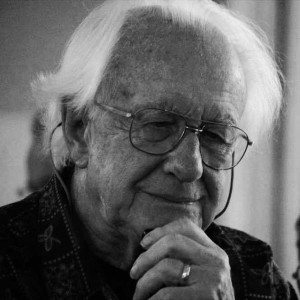 Anticopyright: Editorials and articles originated on TMS may be freely reprinted, disseminated, translated and used as background material, provided an acknowledgement and link to the source, TMS: Foreign Correspondence 50 Years Later: A Preface, is included. Thank you.