Moore’s Planet of the Humans – More Misanthropic than Malthus 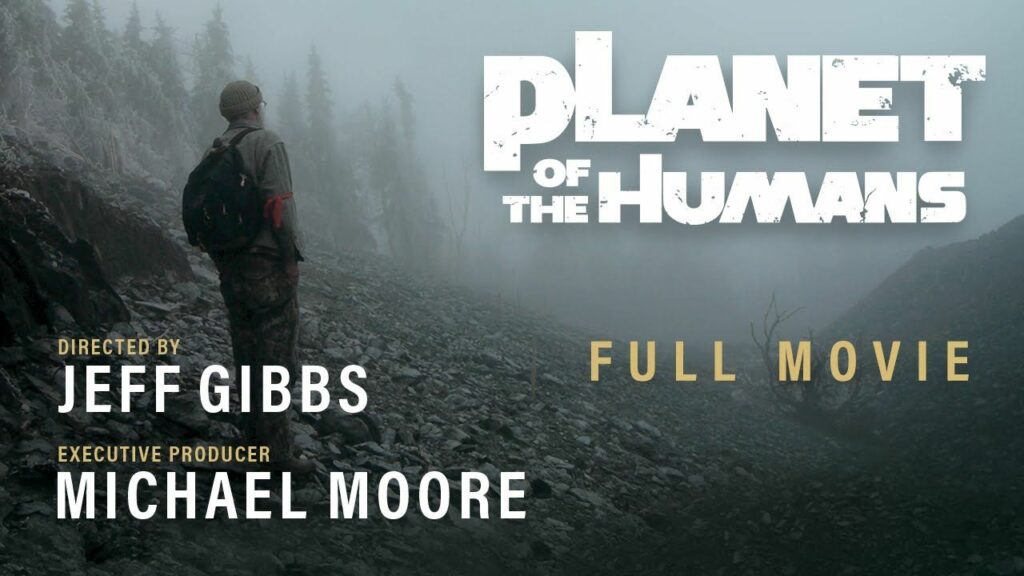 2 Jul 2020 – In reverential tones with ominous background music, director of Planet of the Humans Jeff Gibbs intones about “the most terrifying realization I ever had.” Gibbs instructs us, “Every expert I talked to wanted to bring my attention to the same underlying problem.” It is “not the elephant but the herd of elephants in the room,” Prof. Nina Jablonski warns. “The underlying problem,” the movie earnestly preaches is that “there are too many human beings.”

Planet of the Humans is produced and promoted by Michael Moore and is free online. The underlying message of the movie, critiquing the green energy movement, is about the existential threat of human overpopulation. “Without seeing a major die-off in population, there is no turning back,” is anthropologist Steven Churchill’s gloomy prognostication.

This truly draconian deduction makes the “zero population growth” (ZPG) folks look like baby boom boosters. Seminal overpopulation theorist Thomas Malthus, who opposed the English Poor Laws because they relieved human suffering, would be by comparison a humanitarian. (Spoiler alert: the movie does not prescribe any particular means of achieving the die-off.)

Prof. Churchill presents a cautionary tale in the movie: “Species hit the population wall and then they crash. It is a common story in biology. If it happens to us, it is the natural order of things.” As a professional conservation biologist, I can attest that not a single one of the 1,540 species on the US Endangered Species list got there because their populations indiscreetly boomed and then crashed. The cautionary tale is really a fictional tale, not a common story and not the natural order of things.

Paradox of Our Times

An uncritically favorable review of the movie by a self-described “pal” of the director comments, “The bottom line is that there are too many Clever Apes, consuming too much; too rapidly. And ALL efforts on addressing the climate costs are reduced to illusions/delusions designed to keep our over-sized human footprint.”

So, are we humans using too much, too fast as the movie warns? The answer is apparently not everybody. Some 24,600 of us die every day from starvation in a world where there are food surpluses and more than enough food to feed everyone. Likewise, 3,000 children die every day from preventable malaria. And 10,000 fellow human beings die every day because they are denied publicly funded healthcare.

An anti-viral vaccine is not yet available to protect from COVID-19, but a square meal is all that is needed to cure the malady of starvation. And there is no impediment from international property rights in sharing bread.

These dreadful statistics on existing world hunger are, in relative terms, the good news. The UN World Food Program most recently reports that the coronavirus crisis could double the number of people suffering acute hunger. “COVID-19 is potentially catastrophic for millions who are already hanging by a thread,” said Dr. Arif Husain, chief economist at the World Food Program. “It is a hammer blow for millions more who can only eat if they earn a wage. Lockdowns and global economic recession have already decimated their nest eggs. It only takes one more shock – like COVID-19 – to push them over the edge.”

Especially hard hit are the countries in the crosshairs of US imperialism, including a third of humanity subject to unilateral coercive measures by the US – so called, sanctions. For example, the UN World Food Program reports, “the needs in Syria have never been greater”; likewise for Yemen. These people are suffering from imperialism not, as the movie contends, from overpopulation.

Obscured by overpopulation ideology, which monomaniacally focuses on over-consumption, the movie fails to recognize the existence of monumental under-consumption for the majority of the world’s population. The paradox of our times is that we live in an era, for the first time in human history, when the technical means to end poverty are in place. The means of production have advanced so that human needs can be met. At the same time, the relations of production are such that these needs are not met. Gross over-consumption and acute under-consumption are two sides of the same coin.

Left out of the “every expert” interviewed in Planet of the Humans are authorities such as Eric Holt-Gimenez, former director of the Institute for Food and Development Policy. His research indicates, “We already grow enough food for 10 billion people – and still can’t end hunger. Hunger is caused by poverty and inequality, not scarcity.” The world’s population is currently 7.8 billion. The 10 billion people that Holt-Gimenez refers to is what the UN Population Division projects as the leveling out number, which is projected to occur by the end of this century.

Clearly more than simple human demographics are at play with the paradox of starvation amidst plenty, especially considering Holt-Gimenez’s finding: “For the past two decades, the rate of global food production has increased faster than the rate of global population growth.” That story is omitted by the misanthropic Planet of the Humans.

When in the movie Richard Heinberg, author of The End of Growth, says “There are too many human beings, using too much, too fast,” he is right about some people. We have too many super-rich, though you wouldn’t know that from watching the movie.

While the US unjustly calls upon the poor nations of the world to assume a level of responsibility for combatting global warming, which would impede their development, the rich nations of the world have been both the beneficiaries and the cause of today’s excessive greenhouse gas production.

The United States stands out in terms of global warming in three respects: greatest historical contributor of greenhouse gasses, among the highest per capita greenhouse gas producers of the more populous countries, and the highest oil producer.

The rich nations, with the US as most prominent, have a “climate debt” to pay off, because it is their military and their industry which has disproportionately caused global warming. For all the angst and indignation expressed in Planet of the Humans about the environment, not a murmur is heard about climate justice.

The climate scientists can quantify a level of greenhouse gasses which is desirable to prevent catastrophic global warming. In fact, the leading US climate movement group, 350.org, takes its name from that scientific finding. In contrast, the overpopulation ideologues can give no optimal number of humans other than the prejudicial declaration “there’s too many of them.” And by “them,” they implicitly mean people that are not like them and their friends.

Time to Fix the Population Fixation

Planet of the Humans savages the green energy movement for its collusion with capitalists, yet the movie fails to make the next logical step of indicting the capitalist system’s inherent imperative for endless growth while generating inequalities. Instead, movie director Jeff Gibbs blames overpopulation, concluding: “We must accept that our human presence is already far beyond sustainability.”

Fortunately, there is a growing understanding that his is not the right “fix.” According to a commendable recent issue of the Sierra Club magazine, it is “time to fix the population fixation.”

The problem is not the fertility of women but overconsumption and the outsized contribution of the wealthiest few, found in the wealthiest nations, to the climate catastrophe. Birth rates go down when human needs are met and women are afforded reproductive freedom. Planet of the Humans director Gibbs is right that there are somethings truly “terrifying” going on (e.g., nuclear annihilation), but it is not due to that most human act of procreation.

Roger Harris is a member of the TRANSCEND Network, associate editor at Council on Hemispheric Affairs (COHA), and the immediate past president of the Task Force on the Americas, a 33-year-old human rights organization in solidarity with the social justice movements of Latin America and the Caribbean. He is active with the Campaign to End US-Canadian Sanctions against Venezuela and is on the state central committee of the Peace and Freedom Party, the only ballot-qualified socialist party in California. He recently visited Syria for an international conference on the impacts of economic sanctions by the US and its allies on over 30 countries in the world. roger.harris@comcast.net

Anticopyright: Editorials and articles originated on TMS may be freely reprinted, disseminated, translated and used as background material, provided an acknowledgement and link to the source, TMS: Moore’s Planet of the Humans – More Misanthropic than Malthus, is included. Thank you.