What Is a Holistic View? 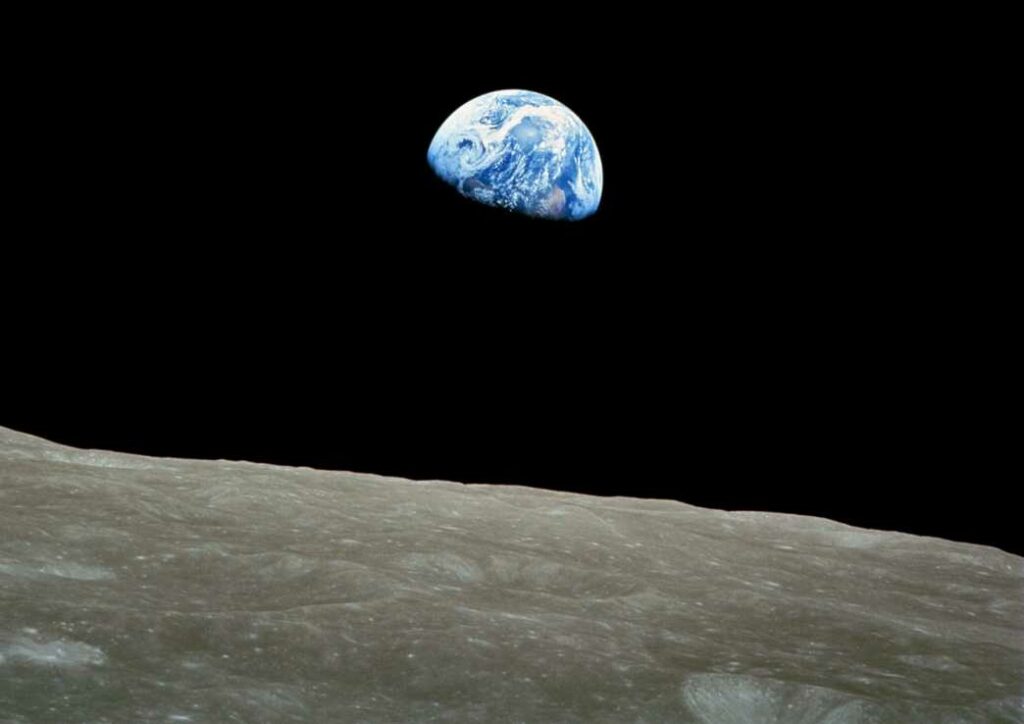 Possibly because the word suffering occurred in my previous editorial, The Horrible Costs of a Fake Word, an impression might have been created that it was, in academic language, a ‘Buddhist critique’ – as though so-called ‘Buddhists’ own the intellectual property rights to the word suffering!

Obviously that is not the case. Every human being has some experience of suffering – grief, physical pain, mental anguish or another deep anxiety.

Therefore, without even knowing about Gautam Buddha, any individual may attempt to understand life in a way which reduces suffering. Of course the chances are high that such an individual would run into Gautam Buddha’s discoveries – and perhaps even agree with some of them. But even then the individual has a right to refuse being labelled ‘Buddhist’.

What value do labels bring to true understanding anyway? When an individual tries to explore the nature of human life, is it right to apply to the exploration any label such as ‘Christian’, ‘Buddhist’, ‘Hindu’, ‘secular’, ‘socialist’, ‘conservative’ … or another? Indeed, does that not demean arduous and genuine individual effort?

If a sincere, authentic exploration starts with simple premises that any human being can understand, then applying a label to it amounts to demeaning the exploration.

On the other hand, if a person spouts forth dogma, then a label may serve the ‘political’ purpose of gathering around the faithful – while also warning sceptics and ‘outsiders’ to stay away. Anyone with a dogmatic view cannot tolerate an objective assessment of its underlying premises.

So what then is a ‘holistic’ view of life? Is ‘holistic’ itself not a label?

Perhaps one can define that word in this way: A ‘holistic view of life’ is one which is based on simple premises which any person can understand. The word ‘holistic’ is crucial here, implying that all aspects of life are in view.

When an individual understands his or her life on the basis of simple, clearly-stated premises, a deeply felt urge is satisfied and a common cause of confusion removed. Simplicity and clarity of premises make a view of life more universal, not less. ‘Make it as simple as possible, but no simpler!’, as Einstein said in another context.

In the ancient world, when communities lived largely in isolation from one another, each community of people developed its own ‘holistic’ view. ‘Outsiders’ – who would not subscribe to the community view – were few and far between. Even today, when we speak of ancient peoples, we speak with some respect and even awe – perhaps because do not interfere in our lives, and remain conveniently confined to books, museums and such.

However, today ‘outsiders’ – each one a representative of ancient peoples! – are everywhere. It will soon become difficult in many places to separate ‘outsiders’ from ‘original inhabitants’. In any case, the latter phrase has little meaning since ‘originally’ there were no human beings on the planet! Are we all not ‘outsiders’ in that sense?

Sages say that craving, aversion and illusion are the root causes of an individual’s problems. These problems occur in every community, without exception, regardless of whether ‘outsiders’ are present or not.

But an altogether different category of problems arises when people who intermingle with one another lack a shared holistic view. Conflicts arise over differences in views. Evidently a different view in itself is seen as a threat to the collective well-being of an individual or a community. Instinctive caution is leveraged and amplified by insecurities and inevitable intra-community jostling for position.

With migrations happening on a vast geographical scale, it has therefore become virtually impossible for average people to attain to a fresh, holistic view of life which is suitable for the times.

So how do most people react? Either they become cynical, or they hold fast for dear life to their older views, even when these views do not really serve their inner needs. The result is a cynical and fractured social and political reality – leading to undue misery and conflict.

Conflict – as opposed to peace and harmony – is a symptom of a highly fractured state of mind. As a pathological extreme, think of a deluded mind which imagines that harmony can return to a land after the killing and maiming of millions.

There is a deadly fracture in the deluded mind between what goes on ‘within’ and the true nature of reality; between the ‘turmoil within’ and the magnificent, life-sustaining, infinite reality – which should be allowed to course through our lives in a healing, rejuvenating manner.

Attaining to a holistic view is a perfectly secular goal. Indeed, how can it not be secular when an individual aims to view all human beings in one category?

Older holistic world views of various communities, developed over millennia, have been disrupted by successive rounds of invasions. But a newer holistic view has not yet emerged. Contented minds have become discontented and cynical; this effect is seen in every region of the world, without exception.

Communities are disrupted not by the scientific spirit, but by rapacity and total lack of compassion. Highly fractured and deluded minds – such as those who speak of ‘conquest over nature’ – are spreading the deadly pandemic of rapacity and cruelty.

An individual’s ability to carry on even with a deep inner conflict – insensitivity, in other words – is a great asset among the rapacious power-mongers of any race. Uncontrollable greed and lust, criminality, neuroses et cetera are common among such persons. Breakdown or senility appear at a later stage when, with loss of power, the person’s raison d’etre is lost.

On the other hand, compassion is a natural manifestation of a mind which has attained to a holistic view. Many different paths lead to this one fine destination. Therefore there is no point whatsoever in comparing the features and qualities of different paths. A sectarian view is no better than a racist, caste-ist, elitist, nationalist, sexist or ideological view. All of them fail in different ways to be holistic.

Materially well-off people have a strong disincentive towards developing a holistic view. A truly holistic view would obligate them to think of ‘those others’ – poorer, less educated, less well-groomed – as somehow getting too close for comfort to their ‘exalted category’.

‘Horror of horrors! And the next thing you know, they would want to dine with us!’

Downtrodden people around the world are forced by circumstances to ponder the harsh realities of life. Provided that they can overcome envy and bitterness, they in fact have a better shot at attaining a holistic view of life.

The fact is we are all blessed with the infinitely precious human life. A person’s having lots of money does not compensate for a fractured or deluded mind – and having less money does not preclude attaining a holistic view.

People like to throw labels around – either because that serves a selfish purpose, or because they believe it makes them look superior. The one true and accurate word ‘human’ is not popular because it does not serve either of those purposes. However, beyond ‘human’, any qualifying epithet – that is, label – creates a schism, and hinders our ability to attain to a holistic view.

The so-called ‘modern’ view is portrayed as being ‘enlightened’, ‘liberal’ and ‘progressive’ – virtuous-sounding but ill-defined labels. Interminable squabbling amongst the holders of such views proves that in reality something else is at work, not universal, human values.

That ‘something else’ is, of course, ego, money and power – a play of craving, aversion and delusion. Technological specialization only makes matters worse, since well-pampered specialists have no incentive to remove their blinkers and jettison their arrogance. Deep-seated sense of fragility leads to insecurity.

Even a cursory glance convinces us that the ‘modern’ view is far from holistic. It is deeply fractured and is becoming more so with every passing tweet.

So what is the good news? Or rather, is there any?

Every healthy individual has within him or her the seeds of a holistic view. A wholesome view makes a wholesome, healthy person. We do meet such persons once in a while, although sometimes tragedy or trauma injures such a person’s wholesome view. A child brought up in a loving home has a wholesome view.

A wholesome view of life is by no means an esoteric concept.

With effort, over time, a wholesome view can grow in understanding to a point which we can call a holistic view – from which the person understands even those who for some reason lack a wholesome view. Such a person, wherever he or she may live – and of whatever race, religion, nationality et cetera – brings peace and harmony to the community, being a light unto others.

Such a person does not need dogma, shaved head, ochre robe, rituals, or entry to a ‘hallowed’ religious order. Any clear-headed, resolute individual – at any station in life – can make the effort to attain a holistic view, without any outwardly visible change in life. The light of truth is within.

All that one loses are one’s blinkers and – a bonus! – fake friends!

[Some basic economic implications of a holistic view are explored here.]

Anticopyright: Editorials and articles originated on TMS may be freely reprinted, disseminated, translated and used as background material, provided an acknowledgement and link to the source, TMS: What Is a Holistic View?, is included. Thank you.