The Neoliberal Capitalist Lockdown: Class Consciousness in the Age of COVID 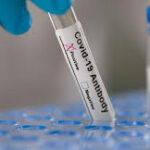 COVID marks a crucial stage of neoliberal capitalism. Under yet another strategy of creative destruction, millions of livelihoods across the world continue to be destroyed and small businesses are on the edge of bankruptcy.

28 Oct 2020 – Prior to the appearance of COVID-related restrictions and lockdowns, neoliberal capitalism had turned to various mechanisms in the face of economic stagnation and massive inequalities: the raiding of public budgets, the expansion of credit to consumers and governments to sustain spending and consumption, financial speculation and militarism.

Part and parcel of this has been a strategy of ‘creative destruction’ that has served to benefit an interlocking directorate of powerful oil, agribusiness, armaments and financial interests, among others. For these parties, what matters is the ability to maximise profit by shifting capital around the world, whether on the back of distorted free trade agreements which open the gates for plunder or through coercion and militarism which merely tear them down.

In the so-called ‘developed’ nations, notably in the US and the UK, along the way millions of jobs have been offshored to cheap labour economies. In effect, societies have become hollowed out. They have increasingly resembled empty boxes whereby the main component lurking inside is a giant mechanical hand of government and media propaganda with the threat of state violence lying in wait. And its only function is to pull the lid shut if anyone ever dares to tear it open and shed light on things. If successful, they will see the immorality, the lies, the hypocrisies.

And they would also be able to identify cynical methods of social control that have assumed a different level in 2020 with constant COVID fear propaganda being pumped out on a daily basis. If we take the UK, the fact is that excess deaths in 2020 are not out of the ordinary when looking back over a 25-year period.

But we continue to see the rolling out of near-endless restrictions and tiered lockdowns across the country based on questionable PCR tests and the designation of healthy, asymptomatic people as ‘cases’. The narrative has shifted from COVID deaths and ‘flattening the curve’ to an obsession with ‘cases’ as the curve became flattened and COVID-related deaths bottomed out. Even at the height of government- and media-driven COVID paranoia, over 90% of ‘COVID deaths’ were most likely due to the serious co-morbidities listed on the death certificates of the mainly over-75s who make up the vast majority of such deaths.

But this is precisely what is supposed to happen when we acknowledge that it is all part of the ‘great reset’ as explained by the recent article ‘Klaus Schwab and his great fascist reset’ which appeared on the OffGuardian website: a transformation of society resulting in permanent restrictions on fundamental liberties and mass surveillance as entire sectors are sacrificed to boost the bottom line of the pharmaceuticals corporations, the high-tech/big data giants, Amazon, Google, major global chains, the digital payments sector, biotech concerns, etc.

In other words, a ‘Fourth Industrial Revolution’ which historian Luciana Bohne recently noted on her Facebook page is going to result in a different economy based on new businesses and sectors. In turn, this means older enterprises are to be driven to bankruptcy or absorbed into monopolies. It also entails massive job losses.

Although COVID is being blamed, Bohne notes that the shutting down of the old economy was already happening as there was insufficient growth, well below the minimum tolerable 3% level to maintain the viability of capitalism.

Bohne quotes the World Bank to underline her point:

“In order to reverse this serious setback [COVID] to development progress and poverty reduction, countries will need to prepare for a different economy post-COVID, by allowing capital, labor, skills, and innovation to move into new businesses and sectors.” World Bank, October 2020 Report.

Economies are being ‘restructured’ and ‘downsized’ and COVID restrictions and lockdowns are being used as a battering ram to implement this agenda.

It is very revealing that Matt Hancock, British minister for health, gave a speech to the All-Party Parliamentary Group on the Fourth Industrial Revolution in October 2017. Klaus Schwab was also in attendance.

“And I’m delighted to speak alongside so many impressive colleagues who really understand this, and alongside Professor Klaus Schwab who literally ‘wrote the book’ on the Fourth Industrial Revolution. Your work, bringing together as you do all the best minds on the planet, has informed what we are doing, and I’m delighted to work with you.”

If readers take time to read the aforementioned piece, they may well be disturbed by many of the beliefs Schwab holds for the future. And now, three years on from Hancock’s presentation, we are seeing him play an active role in implementing the type of scenario Schwab has set out in his various books and speeches by rolling out further restrictions and phased lockdowns, mass surveillance measures, vaccination projects, authoritarian government and economic devastation.

Hancock really does seem to be taking his cue from the influential Schwab, the founder and executive chairman of the World Economic Forum.

COVID is being used to inject neoliberal capitalism with new life by destroying livelihoods and implementing a social and economic tectonic shift. If people in the richer countries are perplexed by the destruction of livelihoods under the pretext of COVID, they need look no further than India to appreciate why governments wage financial and social war on their own people and the type of brutality they are capable of and whose interests they ultimately serve.

There is a plan for the future of that country and most of its current farmers do not have a role in it. India remains an agrarian-based society with over 60% of the population still relying on agriculture either directly or indirectly for their livelihood.

Successive administrations have been making farming financially unviable with the aim of moving farmers out of agriculture and into the cities to work in construction, manufacturing or the service sector, despite these sectors not creating anything like the number of jobs required. By uprooting the agrarian base, we are seeing a fundamental attack on Indian society.

The aim is to displace the existing labour-intensive system of food and agriculture with one dominated by a few transnational corporate agribusiness concerns which will then control the sector. Agriculture is to be wholly commercialised with large-scale, mechanised (monocrop) enterprises replacing family-run farms that help sustain hundreds of millions of rural livelihoods, while feeding the urban masses.

As is currently happening in the West, small independent concerns (in this case, smallholder farmers) are being driven to bankruptcy. So why would anyone set out to deliberately run down what is effectively a productive system of agriculture that feeds people, sustains livelihoods and produces sufficient buffer stocks? Similarly, why in 2020 are governments facilitating economic destruction?

Politicians are effectively facilitating the needs of global capital and all it entails: a system based on endless profit growth, crises of overproduction and market saturation and a need to constantly seek out, create or expand into new, untapped markets to maintain profitability.

India’s agrarian base is being destroyed at the behest of predatory commercial interests (via the Indo-US Knowledge Initiative on Agriculture, World Bank directives and WTO policies) and the peasantry is being dealt a knock-out blow so global agribusiness and retail concerns can capture financially lucrative markets and further incorporate the agri-food sector into their global supply chains.

Looking at the Industrial Revolution in England, historian Michael Perelman has detailed the processes that whipped the English peasantry into a workforce coerced into factory wage labour. Peasants left their land to work for below-subsistence wages in dangerous factories being set up by a new, rich class of industrial capitalists. Perelman describes the policies through which peasants were forced out of agriculture, not least by the barring of access to common land. A largely self-reliant population was starved of its productive means.

It was brutal, just like ongoing developments in India. And what we are now seeing are vested interests forcing through a Fourth Industrial Revolution across the world. This too is brutal and is also having dire consequences in places like India as I have previously outlined in the article ‘Coronavirus Capitalism: Entrenching Dispossession and Dependency’.

The encouragement of identity politics, narcissism, apathy and consumerism’s irretrievable materialism, among other things, have undermined ordinary people’s capacity for action. Not so the billionaire class pushing through the ‘great reset’ which is acutely aware of its own interests.

A lack of class consciousness among ordinary people debilitates their ability to unite and recognise that their interests and those of the government and the people they really serve are diametrically opposed. Free from the shackles of mainstream propaganda, ordinary people would be better placed to resist current restrictions and challenge the prevailing narrative on COVID.

Unfortunately, those who might be expected to be pivotal in this – prominent figures and media outlets which claim to be of the ‘left’ – have failed to lead by example and have capitulated to the agenda of those who are driving the COVID narrative, the restrictions, the fear, the rolling out of draconian surveillance and rushed-through vaccines and the economic devastation leading to millions of job losses.

What must be regarded as the ‘establishment left’ has done little more than cheerlead restrictions and lockdowns.