The Black January of Agribusiness: GMOs Rejected over Three Continents

19 Jan 2021 – It is a black January for agribusiness lobbyists and stakeholders. Mexico, Peru and Tanzania closed the doors to GMOs, while the Italian government was pushed, by a pervasive civil society campaign, not only to confirm the ban to the old generation of GMOs but also to new generations, including New Breeding Techniques (NBTs). These steps taken can be considered a success for all the farmers and civil society movements who are fighting to keep their seed and food sovereignty safe from multinationals. Otherwise, by imposing GMOs, companies would put farmers and consumers at their leash by gaining property rights on seed. 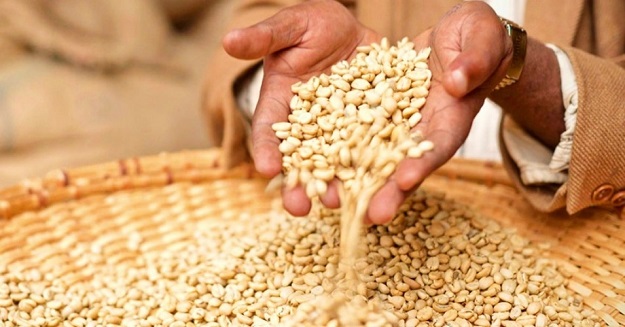 To stop this effort, a Presidential Decree in Mexico to begin the phase out of “use, acquisition, distribution, promotion, and import” of glyphosate went into effect on January 1, 2021, with a transition period lasting until January 2025. The Decree also stops authorities from granting permits for the release of GM maize seeds to protect the country’s food security and food sovereignty, its native corn and their traditional cornfields (“milpas”). The ban is also meant to conserve the country’s biocultural wealth in order to “safeguard human health, the country’s bio-cultural diversity, and the environment” by replacing glyphosate with sustainable, culturally appropriate alternatives. Likewise, the biosafety authorities are to “revoke and refrain” from granting authorisations for the use of GM maize in food, which is heavily imported by the United States, with the phase out to be completed no later than January 31, 2024. A move which sparked much criticism from the agribusiness lobby, while providing relief to small farmer organizations.

On January 5, the president of the Peruvian Congress Mirtha Vásquez Chuquilin signed Law 31111 into action, approving and extending a moratorium for another 15 years on the entry and production of GMOs in the country to December 31, 2035. The new law amends the previous Law 29811, which originally established the moratorium in 2011.  The passing of this extension was thanks to the PERU FREE OF TRANSGENICS Platform, and the hundreds of organizations, world renowned chefs and policy makers that supported the campaign in support of the law. Through this action, Peru will continue to be one of the most important agricultural gene banks in the world.

On Tuesday January 12th, Tanzania’s Minister of Agriculture Adolf Mkenda announced the suspension of all GMO research trials in the country, including a drought-tolerant GMO maize trial that has been ongoing at the Makutupora Research Centre in Dodoma and another for cassava at TARI Mikocheni. Instead, Tanzania has opted for conserving the country’s genetic resources and local seed varieties through using conventional breeding methods to improve seeds as needed. The position taken by the minister acknowledges the risk of letting in GMO seed varieties in terms of creating seed dependence for farmers on only a few big agricultural companies. Announcing how now all imported seeds must undergo exhaustive GMO and contaminant screening, the Minister for Agriculture declared, “Tanzania does not allow GMOs, because we have enough better seeds. We will protect our natural seeds and the government will work together with our research centres to ensure we get better seeds.”

In Italy, twenty-six environmental organizations collectively launched a powerful campaign, which prevented the government from passing four bills inspired by the agribusiness lobby. The bills were proposed by the Minister of Agriculture and were set to permit GMOs and other New Breeding Techniques (NBT) to enter the country. After an intense media storm and direct public pressure placed on every parliamentarian of the Agriculture Commission of the Chamber, the pro GMO/NBT decrees of the Ministry of Agriculture were not passed in their original form. On January 14, the bills were strongly conditioned and therefore voided of all parts concerning GMOs and NBTs, as well as of the restrictions to free exchange of seeds. The attempt behind the decrees was aimed at forcing an illegitimate opening to “old” and “new” GMOs/NBTs and to deny farmers the possibility to carry out activities such as reusing seeds, and the exchange of part of the harvest as seeds or propagation material.

However, it is important to underline that the lobbying action by agribusiness giants to impose their patented seeds has intensified. The Italian case especially shines a spotlight on multinationals’ new strategy: NBTs have been designed to skip the GMO regulations in Europe, the UN Convention on Biodiversity (CBD), the Nagoya Protocol and the FAO International Treaty on Plant Genetic Resources, allowing multinational companies to patent genetic sequences obtained through NBTs. This thus undermines communities and countries sovereignty over their biodiversity by flooding the market with patented seeds. As Navdanya International detailed in a recent article –  The lobby behind Italy’s opening to GMOs – following the publication of the Court of Justice’s judgment, the European Union has been subject to incessant lobbying pressure from the United States and other trading partners for NBTs to not be absorbed into the existing GMO legislation. But regardless of these victories, the assault from corporations is not over.