“To me, peace is something we create and often in new ways, not to be frozen into a handbook of law–although the law could also be useful as one guide among many.” 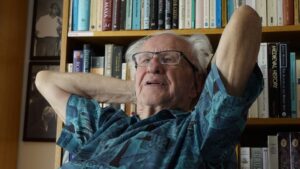 Anticopyright: Editorials and articles originated on TMS may be freely reprinted, disseminated, translated and used as background material, provided an acknowledgement and link to the source, TMS: “To me, peace is something we create and often in new ways, not to be frozen into a handbook of law–although the law could also be useful as one guide among many.”, is included. Thank you.