Q: “If conflict is an inherent aspect of life, how do we know when we’ve achieved positive peace?”

“Example: A Ukrainian federation with Ukrainians ruling majority Ukrainian population, and Russians govern majority Russian parts—if possible with two presidents: the Roman Empire biconsular solution.  Ukrainians or Russians ruling the whole territory constitutes Structural Violence that may, and does, lead to Direct Violence. History stores huge amounts of conflicts, solutions and violence.  A wise person once said: “Who fails to learn from history is doomed to relive it.” (Maybe not quite; could be worse).” 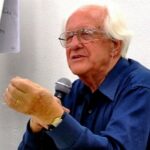 Anticopyright: Editorials and articles originated on TMS may be freely reprinted, disseminated, translated and used as background material, provided an acknowledgement and link to the source, TMS: Q: “If conflict is an inherent aspect of life, how do we know when we’ve achieved positive peace?”, is included. Thank you.