Ukraine: The West Has Paved the Road to War with Lies

While this is being written, tension builds up around the more comprehensive Ukraine conflict formation. If this blows up in real war – God forbid! – the main reason will be three serious lies disseminated by the NATO side.

Lies are used in so-called security politics when some militarist project doesn’t make any (common) sense to intelligent people, when the real motives have to be covered up and war is being prepared or when the sociological cancer called the Military-Industrial-Media-Academic Complex, MIMAC, and the elites who run it, try to squeeze out even larger military expenditures from their taxpayers.

You lie to manufacture an enemy that can justify what you will do and enrich yourself. With 40+ years of experience in security politics in general and NATO/US policies in particular, I know too much – sorry for the arrogance – and have become too cynical to believe that what goes on goes on for the sake of self-defence, security or peace.

Some quick examples of gross empirically revealed lying to the word – all the liars still at large:

You may continue on your own. 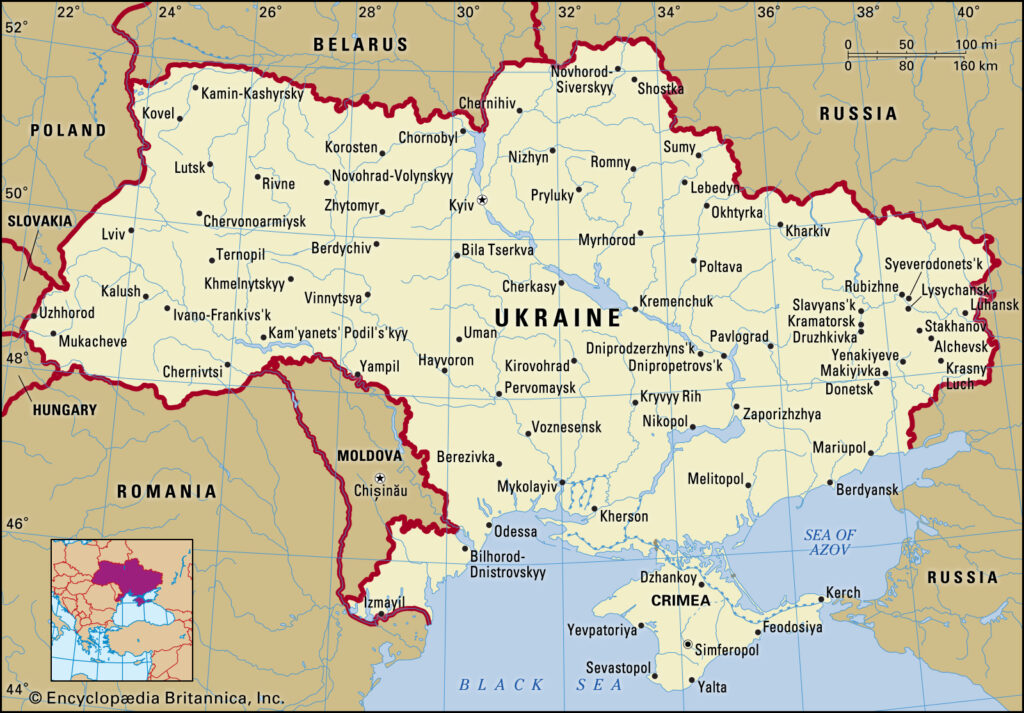 Concerning the first lie, listen to or read US Secretary of State, Antony Blinken, here on January 7, 2022.

Here he presents a series of accusations and empirical lies about Russian politics and behaviours, predictably omitting every mention of the simple fact that it takes two to have a conflict and defying Eric Clapton’s wise advice that ”before you accuse me, take a look at yourself.” His body language and submachine gun stumbling way of speaking reveal that he is perfectly aware that he is lying. Note in passing that the journalists present ask only “understanding” questions. The whole thing smacks the Soviet Union shortly before its collapse.

Why is it so evident that he lies?

TFF has reproduced two essential pieces from the National Security Archive at George Washington University with irrefutable documentation that Gorbachev indeed was given such assurances – “cascades” of them! as is stated in the article – by all the most influential Western leaders at the end of 1989 and into 1990:

“NATO Expansion: What Gorbachev heard” – and

Read them, and you will be shocked.

You’ll find that they have lots of notes and, in sum, no less than 48 original historical documents. For instance, here is just one of the 48 informing us about then NATO Secretary-General Manfred Woerner’s view and statement:

“Woerner had given a well-regarded speech in Brussels in May 1990 in which he argued: “The principal task of the next decade will be to build a new European security structure, to include the Soviet Union and the Warsaw Pact nations. The Soviet Union will have an important role to play in the construction of such a system. If you consider the current predicament of the Soviet Union, which has practically no allies left, then you can understand its justified wish not to be forced out of Europe.“

Now in mid-1991, Woerner responds to the Russians by stating that he personally and the NATO Council are both against expansion – “13 out of 16 NATO members share this point of view” – and that he will speak against Poland’s and Romania’s membership in NATO to those countries’ leaders as he has already done with leaders of Hungary and Czechoslovakia. Woerner emphasizes that “We should not allow […] the isolation of the USSR from the European community.”

This is just one of the “cascades” of statements and assurances given to the Russians at the time. Over 30 years ago, 13 out of 16 members were against NATO expansion because they respected Russia’s crisis and legitimate security interests! Today – 2022 – NATO has 30 members!

Is the U.S. Secretary of State, his advisors and speechwriters unaware of the next-door National Security Archives? Are we really to believe that they have no clue about the conditions and dialogues at the end of the first Cold War? If so, they ought to resign or be fired for their unbelievable incompetence.

If not so – if they know the content of these historical documents – Mr Blinken, his advisors and speechwriters know that they lie.

The second lie is a lie by omission. Antony Blinken and almost all Western politicians, including the NATO S-G, and mainstream media simply omit that the West attempted a regime change in Kyiv in 2014 and that Putin’s reacted to it by annexing Crimea.

The Maidan riots took place in February 2014, the sniper fire on February 20. Russia formally annexed – or accepted self-determination – of Crimea on March 18. The complex Western-instigated and -financed turmoil was orchestrated by the EU, US and NATO leadership, as you can read in articles or books by people who know such as Gordon M Hahn and Richard Sakaw (“Frontline Ukraine: Crisis in the Borderlands”), Stephen Cohen, Henry Kissinger and many more here.

To put it crudely, the conflict issue was the Western attempt at getting Ukraine to side not with Russia but with Western institutions, the EU and, later, NATO. One problem would be Russian-speaking minorities, the opinion polls concerning NATO membership which were not in favour and, more strongly, that Russia would a) never accept Ukraine in NATO – but very well as a neutral state between – and neither that Russia’s extensive military base in Crimea, on lease for 30+ years ahead, should end up being located in a NATO country.

This entire regime-change policy under the Obama administration was one big insensitive and plain foolish idea also in the light of the old promises given to Gorbachev.

But of course, that cannot be admitted today, eight years later. To cover it up, the US/NATO must blame the present situation on Russia, on Russia only. Russia annexed Crimea for no good reason; nothing “we” did preceded that move or could explain it.

Like with the lie about promises never given to Gorbachev and this omission of Western regime change in Ukraine, one must ask: Are they really so desperate and so politically naive that they believe that we neither remember nor can put 2 + 2 together?

Now to the third lie. It’s stated repeatedly and in a larger context by NATO’s Secretary-General Jens Stoltenberg here:

NATO as an alliance has enormous resources to influence opinions in potential member states. Contrary to his open door talk, NATO’s Charter speaks only about inviting new members, not about holding a door open for anyone who might want to join.

It should be well-known by now – but isn’t – that in the late 1990s, Vladimir Putin asked to join NATO – but it didn’t happen, did it, Mr Stoltenberg? And why not? Because Putin – Russia – wanted to be invited as an equal partner and not sit and wait till Montenegro had become a member, to put it bluntly. NATO decided to close the door at Putin’s request.

This – fantastic – story is told by a former NATO Secretary-General, George Robertson; there is no reason to assume that is not credible or just a rumor. Or, for that matter, that Putin was not serious.

And what an exciting thought: Russia in NATO! Who would Mr Stoltenberg and Mr Blinken – and all the rest of the Military-Industrial-Media-Academic Complex, MIMAC – then have to put all the blame on? How then legitimate NATO’s permanent armament and its 12 times higher military expenditures than Russia’s?

Mr Stoltenberg must know that he lies when saying NATO has an open door. It doesn’t for Russia. It doesn’t even have open ears for Russia’s legitimate security concerns. But it knows how it would never accept what it requires Russia to accept. Here is a quotation from January 14, 2022, documenting the double-standard, the exceptionalist self-understanding of the US:

“US will act ‘decisively’ if Russia deploys military to Cuba or Venezuela.” – The White House

United States National Security Advisor Jake Sullivan called the idea “bluster in the public commentary” and noted that the deployment of Russian military infrastructure to Latin America was not a point of discussion at the recent Russia-US Strategic Stability Dialogue in Geneva.

“If Russia were to move in that direction, we would deal with it decisively,” he said, responding to a question from a journalist.

The US opposition to Russian troop placement in the Americas may raise some eyebrows in Moscow, which has repeatedly complained about US armed forces being located near Russia’s western frontier.” (Russia Today, January 14, 2022)

Finally, Mr Stoltenberg is very proud of NATO’s generous training and assistance to potential NATO members. Before they are admitted, they must go through all kinds of reforms and accept practical, military and political support. And what is the real purpose of all that training and generous help? Stoltenberg says it in the video:

“…It also makes the societies of Ukraine and Georgia stronger. So resilient, well-functioning societies are also less vulnerable from interference from Russia.”

In plain Realpolitik language: the goal is to disconnect countries from Russia’s influence, program them for NATO membership and then they decide in complete freedom to ask for admission.

Remember, NATO never drags in members. NATO set up its office in Kyiv in 1994. And here you’ll see how Olga Stefanishyna, Ukraine’s deputy prime minister, standing at NATO’s H.Q. with Stoltenberg, consistently talking about NATO as Ukraine’s “allies,” expecting all kinds of guarantees and – in Foreign Policy of course – argues that Ukraine Needs a Clear Path to NATO Membership in the face of Russian aggression.

Accumulate expectations and add a series of lies when Reality emerges as a train coming against you in a dark tunnel. And you have the perfect recipe for war – Cold or Warm. Or both.

Anticopyright: Editorials and articles originated on TMS may be freely reprinted, disseminated, translated and used as background material, provided an acknowledgement and link to the source, TMS: Ukraine: The West Has Paved the Road to War with Lies, is included. Thank you.

3 Responses to “Ukraine: The West Has Paved the Road to War with Lies”