Upset with the Opulence of the Rich? But the World’s Children Are Paying the Bill

30 May 2022 – The excesses committed by rich people can be deadly–and in fact they are. Be it about food, energy or overall waste, such excesses have been depleting the world’s natural resources and pushing both current and future generations towards the edge of a predictable abyss. 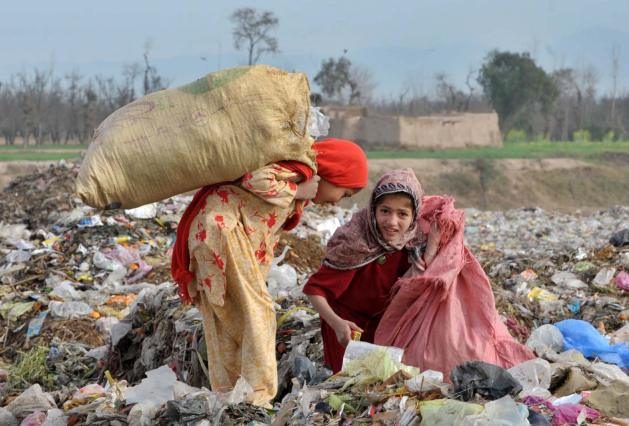 “The world’s richest countries are providing healthier environments for children within their borders, yet are disproportionately contributing to the destruction of the global environment”. Credit: Ashfaq Yusufzai/IPS

“The world’s richest countries are providing healthier environments for children within their borders, yet are disproportionately contributing to the destruction of the global environment.”

In fact, if everybody in the world consumed resources at the rate people do in Economic Cooperation and Development OECD (38 countries), and the European Union (EU) States (27), the equivalent of 3.3 Earths would be needed to keep up with consumption levels.

But if everyone were to consume resources at the rate at which people in Canada, Luxembourg and the United States do, at least five Earths would be needed

UNICEF compares how both OECD and the EU countries fare in providing healthy environments for children.

For this purpose, it features indicators such as exposure to harmful pollutants including toxic air, pesticides, damp and lead; access to light, green spaces and safe roads; and countries’ contributions to the climate crisis, consumption of resources, and the dumping of e-waste.

“Not only are the majority of rich countries failing to provide healthy environments for children within their borders, they are also contributing to the destruction of children’s environments in other parts of the world,”said Gunilla Olsson, Director of UNICEF Office of Research – Innocenti.

“Mounting waste, harmful pollutants and exhausted natural resources are taking a toll on our children’s physical and mental health and threatening our planet’s sustainability.”

The Innocenti Report includes other key findings. See some of them:

But there is more, much more…

Sadly enough, all the above is not the sole cause that damages the present and future of children. See, for example:

In Yemen, 45% of children are stunted and over 86% have anaemia;

In other Middle East countries, like Lebanon, 94% of young children are not receiving the diets they need, while over 40% of women and children under the age of five have anaemia;

They are children washing clothes in rivers, begging on the       streets, hawking, walking for kilometres in search of water and firewood, their tiny hands competing with older, experienced hands to pick coffee or tea, or as child soldiers are familiar sights in Africa and Asia, explains IPS journalist Joyce Chimbi.

There are too many other crimes being committed against the world’s children.

One of them is really staggering: the very same organisation: UNICEF, which was created 75 years ago to cover the emergencies of European children who fell victims of the Europe-launched II World War, is now badly short of vitally needed funding to save the lives of millions of world’s children.

Not only, a good part of these scarce resources is justifiably devoted to saving the children in yet another European war. What about the other millions and millions of children worldwide?