War Scars the Earth. To Heal, We Must Cultivate Hope, not Harm

8 Jul 2022 – “No War 2022, July 8–10,” hosted by World BEYOND War, will consider major and growing threats faced in today’s world. Emphasizing “Resistance and Regeneration,” the conference will feature practitioners of permaculture who work to heal scarred lands as well as abolish all war.

Listening to various friends speak of the environmental impact of war, we recalled testimony from survivors of a Nazi concentration camp on the outskirts of Berlin, Sachsenhausen, where over 200,000 prisoners were interned from 1936 – 1945.

As a result of hunger, disease, forced labor, medical experiments, and systematic extermination operations by the SS, tens of thousands of internees died in Sachsenhausen. 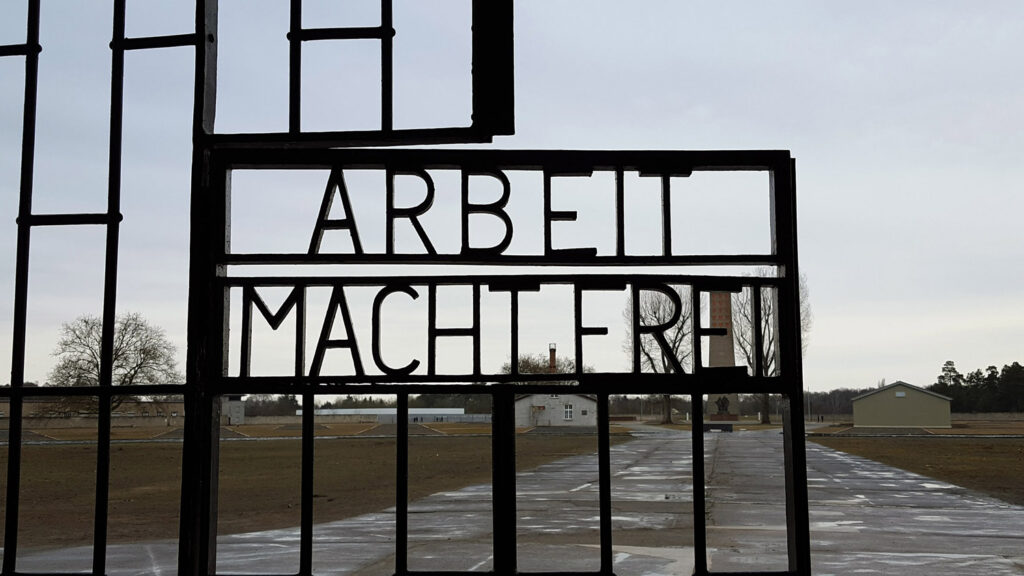 Researchers there were tasked with developing sturdy shoes and boots which warring soldiers could wear, year-round, while trudging through war zones. As part of a punishment duty, emaciated and weakened prisoners were forced to walk or run back and forth along “the shoe path,” carrying heavy packs, to demonstrate the wear and tear on shoe soles. The steady weight of tortured prisoners traversing “the shoe path” rendered the ground, to this day, unusable for planting grass, flowers or crops.

The scarred, ruined ground exemplifies the colossal waste, murder, and futility of militarism.

Recently, Ali, a young Afghan friend of ours, wrote to ask how he could help comfort families who had lost loved ones in the massacre of schoolchildren in Uvalde, Texas. He struggles to console his own mother, whose oldest son, forced by poverty to enlist in the military, was killed during war in Afghanistan. We thanked our friend for his kindness and reminded him of a project he had helped create, in Kabul, some years ago, when a group of young, idealistic activists invited children to gather as many toy guns as they could possibly find. Next, they dug a large hole and buried the assembled toy weapons. After heaping soil over the “grave of guns,” they planted a tree atop it. Inspired by what they were doing, an onlooker hastened across the road. She came with her shovel, eager to help.

Tragically, real weapons, in the form of mines, cluster bombs and unexploded ordnance remain buried under the ground, across Afghanistan. UNAMA, The United Nations Assistance Mission in Afghanistan, laments that many of Afghanistan’s 116,076 civilian war victims have been killed or injured by explosive devices.

The Emergency Surgical Centers for Victims of War reports that victims from explosions continue to fill their hospitals, since September, 2021. Every day, nearly 3 patients during this period have been admitted to Emergency’s hospitals due to injuries caused by explosive violence.

Yet the manufacture, sale and transport of weapons continue, worldwide.

The New York Times recently reported about the role of Scott Air Force Base, near St. Louis, MO, where military logisticians transport billions of dollars in weapons to the Ukrainian government and other parts of the world. The money spent manufacturing, storing, selling, shipping and using these weapons could alleviate poverty throughout the world. It would cost only $10 billion, annually, to eradicate homelessness in the United States through expansion of existing housing programs, but this, perennially, is seen as prohibitively expensive. How sadly twisted our national priorities are when investments in weapons are more acceptable than investments in futures. The decision to build bombs instead of affordable housing is a binary, simple, cruel and painful one.

On the last day of the World BEYOND War conference, Eunice Neves and Rosemary Morrow, both renowned permaculture practitioners, will describe recent efforts of Afghan refugees to help regenerate arid agricultural land in the small Portuguese city of Mértola. Residents of the city have welcomed young Afghans, forced to flee their land, to help cultivate gardens in a region quite vulnerable to desertification and climate change. Aiming to break “the vicious circle of resource degradation and depopulation,” the Terra Sintrópica association fosters resilience and creativity. Through daily and healing work in the greenhouse and garden, young Afghans displaced by war steadily decide to restore hope rather than seek harm. They tell us, in their words and actions, that healing our scarred Earth and the people it sustains is both urgent and achieved only through careful effort.

The persistence of militarism is promoted by so-called “realists.”  Nuclear armed opponents push the world closer and closer to annihilation. Sooner or later these weapons are bound to be used. Antiwar and permaculture activists are often depicted as delusional idealists. Yet cooperation is the only way forward.  The “realist” option leads to collective suicide. 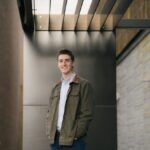 Matt Gannon (mattgannon21@gmail.com) is a student filmmaker whose multimedia advocacy has focused on abolishing prisons and eradicating homelessness.

Anticopyright: Editorials and articles originated on TMS may be freely reprinted, disseminated, translated and used as background material, provided an acknowledgement and link to the source, TMS: War Scars the Earth. To Heal, We Must Cultivate Hope, not Harm, is included. Thank you.

One Response to “War Scars the Earth. To Heal, We Must Cultivate Hope, not Harm”