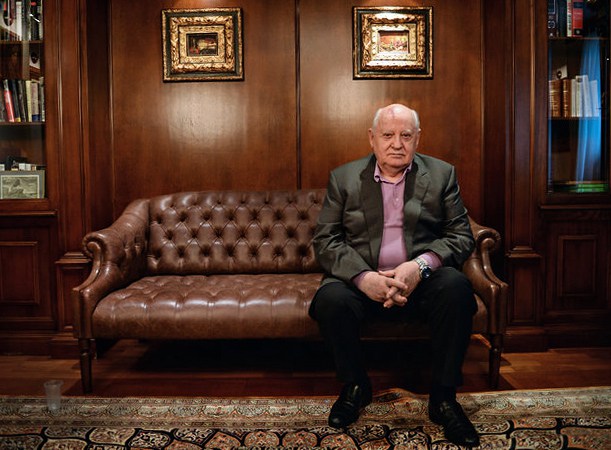 I had the honour of meeting him on several occasions at the Gorbachev Nobel Peace Summits.

I never had the honour of meeting his beloved wife Raisa who died some years ago and who President Gorbachev missed and loved tenderly.   I send my condolences to his daughter Irina, and family and friends and the Russian peoples, on the loss of Mikhail Gorbachev.   President Gorbachev was a warmhearted and kind man with a vision of peace and nuclear disarmament and a belief that the cold war between the west and Russia could be changed by talking and friendship.

He won the Nobel Peace Prize for his work in building dialogue and encouraging America to sign important agreements to start dismantling nuclear weapons and end the arms race.  Gorbachev took risks for peace and he gave hope to many of us when he met with President Regan and worked to end the cold war and the arms race.

It is to the shame of the West that the promises given to President Gorbachev were broken and US/NATO instead of keeping to its promises not to advance one inch towards Russia surrounded it with NATO bases and partners and continues to militarize and arm the world.

Gorbachev’s vision of an end to Cold war politics, a world built on peaceful solutions and an end to nuclear weapons and war is not a utopian dream, it is possible, and for those who had the honour of knowing Mikhail Gorbachev our best tribute to him is to begin again the quest for a disarmed peaceful world where our humanity comes first and ending poverty, the arms race, and war takes top priority for each of us.

May we all be inspired by the spirit of the late Mikhail Gorbachev for his courage, integrity and vision of Nuclear Disarmament and Peace for Russia, the West and the World.

Anticopyright: Editorials and articles originated on TMS may be freely reprinted, disseminated, translated and used as background material, provided an acknowledgement and link to the source, TMS: RIP Mikhail Gorbachev, Nobel Peace Laureate, is included. Thank you.