Why the US Imprisoned Venezuelan Diplomat Alex Saab

A year ago, October 16, the long arm of US extra-territorial judicial overreach abducted Alex Saab and threw him into prison in Miami, where the Venezuelan diplomat has languished ever since. 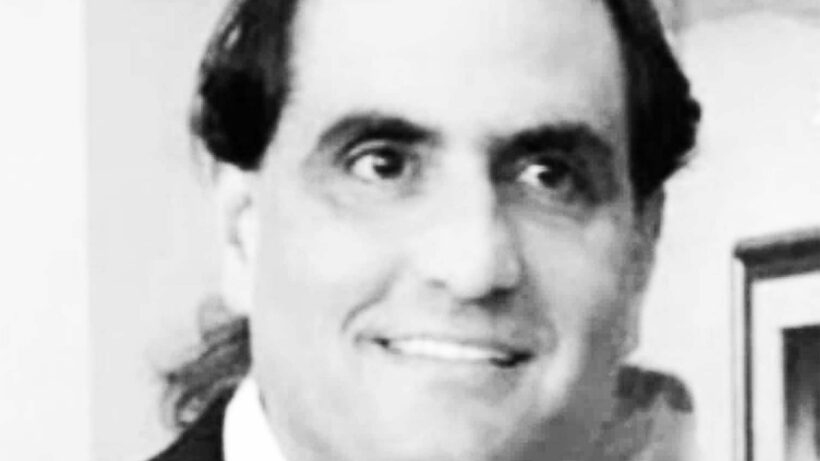 15 Oct 2022 – The official narrative is that Saab had bilked the Venezuelans in a “vast corruption network” and the US as the world’s self-appointed cop was simply enforcing good business practices. However, commentary by Washington insiders corroborates that Saab’s “crime” was trying to obtain humanitarian supplies in legalinternational trade but in circumvention of the illegal US sanctions on Venezuela.

Back on June 12, 2021, Mr. Saab was on a humanitarian mission to procure needed food, fuel, and medicine for the people of Venezuela who had been suffering from an unconscionable blockade of their country. The US had imposed unilateral coercive measures – a form of collective punishment and illegal under international law – on Venezuela explicitly to make conditions so unbearable that the people would turn against their democratically elected government, which had fallen into disfavor with Washington.

Alex Saab’s flight from Caracas to Tehran was diverted to Cabo Verde off the coast of west Africa for a fuel stop. He was seized and has been imprisoned ever since.

Not only had the US-initiated Interpol “red alert” warrant been issued a day after the arrest, but as a credentialed special envoy and deputy ambassador to the African Union, Mr. Saab had protection from apprehension. Under the Vienna Convention on Diplomatic Relations, he was immune from arrest and detention, even in the time of war. The US is a party to the Vienna Convention.

Alex Saab was imprisoned under squalid conditions, including torture. Cabo Verde, under pressure from the US, twice disregarded orders from the regional Economic Community of West African States Court of Justice to free the diplomat, even though it was supposedly bound by the court’s jurisdiction. Likewise, appeals from the United Nations Committee on Human Rights to free him were ignored.

US charges against Alex Saab

Then a year ago, the diplomat was again kidnapped from where he was held captive and flown to Miami, without notifying his legal team or family.

Cabo Verde did not have an extradition treaty with the US and Alex Saab had not exhausted his legal appeals to the country’s courts. The timing of his forcible removal was telling, because the next day the opposition party in Cabo Verde won the national elections on a platform that included Saab’s release.

While the US initially charged Mr. Saab with seven counts of money laundering, these were dropped. Switzerland, where the crime was allegedly perpetrated, found no evidence of wrongdoing after an exhaustive three-year investigation. The nebulous and hard to disprove “conspiracy” to money launder is the one remaining charge.

Speakers at a forum held six months before Saab was abducted to the US revealed why the diplomat was such a high value target. Michael Nadler, a former US federal prosecutor with the Department of Justice who had signed the July 2019 indictment in the Saab case, told the forum: “I would tell you at the beginning, we didn’t have any idea just how big Alex Saab was going to become and has become.”

In a clear admission that the US was behind Saab’s detention in Cabo Verde, Nadler recalled: “Alex Saab’s flight to Iran was a last-minute discovery. And a lot of pieces fell into place perfectly to be able to stop him and have him arrested.”

Ryan Berg, the other main speaker at the forum, is a specialist on Latin America with the rightwing American Enterprise Institute. He explained why the US targeted Alex Saab: “The strong US interest in his extradition from Cape Verde to the US is that he knows a lot.” Berg elaborated: “He’s involved in a lot of these transactions to skirt US sanctions and US sanctions architecture. And therefore, the US has a strong interest in him because of everything that he knows.”

Role of sanctions in the US hybrid war against Venezuela

In short, Saab facilitated the “Maduro regime’s attempts to circumvent US sanctions,” according to no more authoritative source than former US Treasury Secretary Mnuchin. Further, Saab had close working relations with Russia, Iran, and China, which are states, Nadler acknowledged, that “… remain critical in their support for the [Venezuela] regime as well as their ability to skirt US sanctions.”

The sanctions are a form of hybrid warfare. Nadler explained how this warfare is conducted:

Most banks have correspondent relationships because they do deal in dollars and then they send money throughout the world. Even if you have a local bank in Columbia, what they will essentially do if you become a designated or sanctioned individual is they will cut you a check for the full amount in your bank account, but you’ll never be able to cash that check because almost now every bank or financial institution in the world is connected to the US financial institution. And nobody wants to risk being sanctioned because the sanctions can be significant based on each and every dollar transaction or each and every financial transaction that’s conducted.

Nadler continued on the impact of US sanctions: “Many actors in the region consider and quite frankly fear, the unilateral or asymmetric ability of the US government to sanction them…something that’s seriously circumscribes their ability to maneuver. And so, it is something that…a country like Venezuela fear[s].”

Alex Saab – the jewel of negotiations with the US

The US is now negotiating with Venezuela through backdoor channels over the related issues of prisoner exchanges and easing oil sanctions. According to the opposition aligned El Diario de las Americas: “Alex Saab is the jewel of negotiations with the US.”

Former US Defense Secretary Mark Esper wrote that Saab is a key asset: “It was important to get custody of him. This could provide a real roadmap for the US government to unravel the Venezuelan government’s illicit plans and bring them to justice.”

Prisoner-exchange negotiations between the US and Venezuela have been taking place behind the scenes. On October 1, five dual national US-Venezuelan citizens, two native-born Americans, and a lawful permanent US resident were released from Venezuela in return for two Venezuelans imprisoned in the US. Although freeing political prisoner Alex Saab is a national priority for Venezuela and a key point in its negotiations with the US, he was not included in this exchange.

As his wife Camila Fabri Saab explains: “The kidnapping of Alex Saab is part of an attack against Venezuela and seeks to teach a lesson against anyone who has the courage to defend their country’s sovereignty.”

Anticopyright: Editorials and articles originated on TMS may be freely reprinted, disseminated, translated and used as background material, provided an acknowledgement and link to the source, TMS: Why the US Imprisoned Venezuelan Diplomat Alex Saab, is included. Thank you.