The Volatility of US Hegemony in Latin America (Part 2) 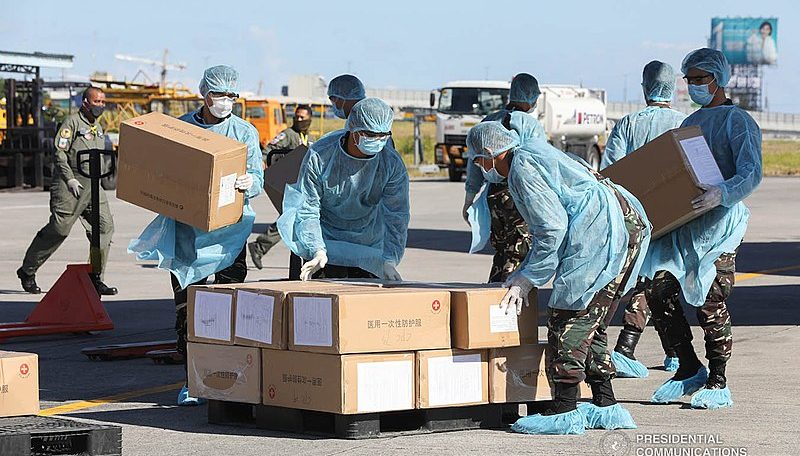 3 Dec 2022 – The US has long considered Latin America and the Caribbean to be its “backyard” under the anachronistic 1823 Monroe Doctrine. And even though current US President Biden mistakenly thinks that upgrading the region to the “front yard” makes any difference, Yankee hemispheric hegemony is becoming increasingly volatile. A “Pink Tide” of left electoral victories since 2018 have swept Mexico, Argentina, Bolivia, Peru, Honduras, Chile, Columbia, and Brazil. At the same time, China has emerged as an economic presence while tumultuously inflationary winds blow in the world economy.

In this larger context, the socialist triad of Cuba, Venezuela, and Nicaragua are addressed below along with the importance of Haiti.

Henry Kissinger once quipped: “To be an enemy of the US is dangerous, but to be a friend is fatal.” He presciently encapsulated the perilously precarious situations in the “enemy” states targeted for regime change by the imperial power – Cuba, Venezuela, and Nicaragua – as well as the critical consequences for Haiti of being “friended.”

Out-migration from Cuba, Venezuela, and Nicaragua

While accommodation and cooption by Washington may be in order for social democracies such as the new administrations in Colombia and Brazil, nothing but regime ruination is slated for the explicitly socialist states. Looking pretty in pink is begrudgingly tolerable for Washington but not red.

The Democratic Party speech writers may lack the rhetorical flourish of John Bolton’s “Troika of Tyranny,” but President Biden has continued his predecessor’s “maximum pressure” campaign against Cuba, Nicaragua, and Venezuela. The result has been unprecedented out migration from the three states striving for socialism, although the majority of migrants entering the US are still from either the Northern Triangle (consisting of Guatemala, El Salvador, and Honduras) or Mexico.

US immigration policy is cynically designed to exacerbate the situation. The Biden administration has dangled inconsistent political amnesties jerking Venezuelan and Nicaraguan immigrants around. The Cuban Adjustment Act, dating back to 1966, perversely encourages irregular immigration.

With Cuba, Venezuela, and Nicaragua, the pull of economic opportunities drives people to leave in the face of sanctions-fueled deteriorating conditions at home. These migrants differ from those from the Northern Triangle, who are also fleeing from the push of gang violence, extortion, femicide, and the ambiance of general criminal impunity.

US sanctions, which have literally red-lined Cuba, Nicaragua, and Venezuela, are more lethal than ever. The electronic technology for enforcing the coercive measures has far advanced since the days over six decades ago when JFK first visited what is called the “blockade” on Cuba. Further, the effect over time of sanctions is to corrode socialist solidarity and cooperation. And in recent times, cyber warfare using social media is effectively wielded by the imperialists.

Natural disasters have a synergistic effect aggravating and amplifying the pain of sanctions. An August lightning strike destroyed 40% of Cuba’s fuel reserves. Then Hurricane Ian hit both Cuba and Nicaragua in October, while Venezuela experienced unprecedented heavy rainfall, all with lethal consequences.

The Covid pandemic stressed these already sanctions-battered economies, presenting the unenviable choice of locking down or working and eating. Cuba was forced to suspend tourism, which was a major source of foreign income. Venezuela chose an innovative system of alternating periods of lockdown. Nicaragua, where three-quarters of the population work in small businesses and farms or the informal sector, implemented relatively successful public health measures while keeping the economy open.

Venezuela has made remarkable progress turning around a complete economic collapse deliberately caused by the US sanctions, but it still has a long, long way to recovery. For example, poor people are getting fat in Venezuela, not because there is too much food, but because there is not enough. Consequently, they are forced to subsist on high caloric arepas made of fried corn flour and cannot afford more nutritious vegetables and meats.

Nicaragua is bracing for more US sanctions, while the situation in Cuba is more desperate than ever. But with international support and solidarity, the explicitly socialist states have continued to successfully resist the onslaughts of imperialism.

Haiti made poor by imperialism

Compared to Cuba, Venezuela, and Nicaragua, Haiti is suffering even more. It is the poorest country in the hemisphere, made so by imperialism. Few countries in the hemisphere have had as intimate a relationship with the hegemon to the north as Haiti…unfortunately. Presently civil society has risen up in revolt and for good reason.

Haiti achieved independence in 1804 in the world’s first successful slave revolt and the first successful anti-colonial revolution in Latin America and the Caribbean. For those Afro-descendants, the price of freedom has been stiff. The former colonial power, France, along with the US have been bleeding Haiti dry ever since. Over $20 billion has been extracted for “reparations” under the force of arms for the cost of the slaves and repayment of the consequent “debt.”

Under US President Bill Clinton – he has since apologized after the damage was done – peasant agriculture was destroyed with an IMF deal. Since then, Haiti has gone from being a net exporter of rice to an importer from the US. The consequent population shift from the land to the cities conforms to the designs for Haiti to be a low-wage manufacturing center for foreign capital.

The treatment of Haitian immigrants and would-be immigrants on the US southern border by the overtly racist and anti-immigrant Donald Trump has been even worse by his supposedly “woke” Democratic successor. Tellingly, Biden’s special envoy quit in protest because he found the administration’s policy, in  his words, “inhumane.”

Haiti has been without an elected president. Ariel Henry, the current officeholder, was simply installed by the Core Group of the US, Canada, and other outside powers after his also unelected predecessor, Jovenel Moïse, was assassinated in July 2021. The Haitian parliament doesn’t meet, most government services are non-functional, rival armed groups control major swarths of the national territory, and cholera has again broken out.

The US has proposed a return of a multi-national military force like the previous disastrous MINUSTAH effort by the UN, which left the country in the state it is now. Little wonder that the peoples of the hemisphere aspire to alternatives to the US aiding their development.

China has emerged as an alternative and challenger to US dollar dominance of the hemisphere. China has provided vital life support for the socialist states targeted by US for regime change. During the Covid pandemic, China supplied the region with medical equipment and vaccines, literally saving lives.

The Chinese economic presence has been like a tsunami wave from the east building up as it approached the American landmass. In 2000, China accounted for a mere 2% of the region’s trade. Economic exchanges began to swell when China joined the World Trade Association in December 2001. Today, China is the number one trading partner with South America and second only to the US for the region as a whole.

China has expanded its political, cultural, and even military ties with the region, while Taiwan’s fortunes have receded. Over twenty Latin American and Caribbean countries have joined the Chinese Belt and Road Initiative (BRI), offering more diverse commercial and financial options.

Russia, too, has been a salvation as when Cuba was caught in the pandemic peak with the Delta strain and their oxygen plant broke down. Russia airlifted life-saving oxygen and later brought vital fuel after the fires at Matanzas crippled the Cuban energy grid.

Part 3 concludes with the challenges ahead for countries striving for independence from US dominance. The inflationary blowback from western sanctions on some one third of humanity present an increasingly volatile global context.

Anticopyright: Editorials and articles originated on TMS may be freely reprinted, disseminated, translated and used as background material, provided an acknowledgement and link to the source, TMS: The Volatility of US Hegemony in Latin America (Part 2), is included. Thank you.