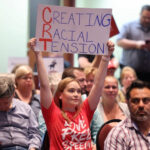 And why are racists afraid of it? The culture of settler-colonial peoples coming from across the world and overpowering the original inhabitants of a territory to form a state around themselves has enduring and insurmountable maladies and misanthropies. They act as the native inhabitants of the lands they violently conquered and brand those who come after them as “immigrants”. 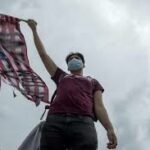 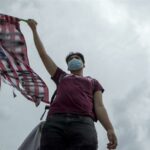 America’s aggressions around the globe have boomeranged into its domestic affairs. In the 1980s, Francis Fukuyama, a bureaucratic functionary, declared that “history” had ended and USA was the triumphant trophy. Had he inadvertently played a satirical spoof to the end of American history itself? 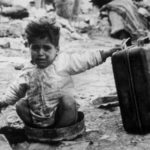 The Holocaust and the Nakba: The Jew as the Arab
Hamid Dabashi – Al Jazeera, 17 Jun 2019

16 Jun 2019 – Can Jews and Palestinians see each others’ pain? No amount of “sensitivity training” can ever replace the necessity of the Jew and the Arab to see each other’s history of suffering as their own: Close their eyes for one moment and imagine themselves in the shoes of the other.

31 Dec 2018 – A multitude of man-made disasters marked 2018 on the Christian calendar. If we cannot change the world we live in, we can at least shift the consciousness of our lives we have forgotten. Imagine a world in which Jewish, Islamic, Chinese, Iranian or any other calendar were more meaningful measures of our daily lives in the unique way they arranged the world and our place in the universe. 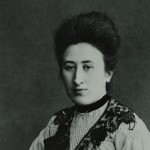 12 May 2018 – The world at large is these days celebrating the 200th anniversary of the birth of Karl Marx. Luxemburg’s work gave the postcolonial theorist a veritable voice at the global gathering of critical Marxist thinking.

What does the coverage of the atrocities committed by Israel in Gaza tell us about the truth of ‘Western media’?

There are officers of various UN agencies who, when you tell them of a child with leishmaniasis (a disease spread by the bite of a sand fly), say they can’t because it is a single child, and they only deal with “childhood” as a whole. Antisthenes is believed once to have said to Plato, regarding the notion of Platonic forms, “A horse I see, but ‘horseness‘ I do not see”. If like those UN officers you cannot see the childhood in that individual Syrian child, then we all have a problem far worse than merely philosophical.

The Islamists and the monarchists might distort the image of Mosaddegh, but not his memory in the hearts of people. As fate would have it, the 16th summit of the Non-Aligned Movement (NAM) will take place in Tehran from August 26 to 31, 2012 almost a week after the 59th anniversary of the notorious CIA (USA) and MI6 (UK)-engineered coup that on August 19, 1953, toppled the democratically elected government of Prime Minister Mohammad Mosaddegh (1882-1967) – the champion of Iranian anti-colonial nationalism.