Searching for the Good Town

You are young people on an EU mission exploring good towns that do not generate violence; 50 of you from 11 towns in 10 countries–and Alfaz del Pi is on the list.  Rightly so, with 105 nations represented–No. 1 Spaniards, No. 2 English, No. 3 Norwegians–with conflicts over incompatible goals, yes, but hurting and harming each other, violence, no.  Remarkable. 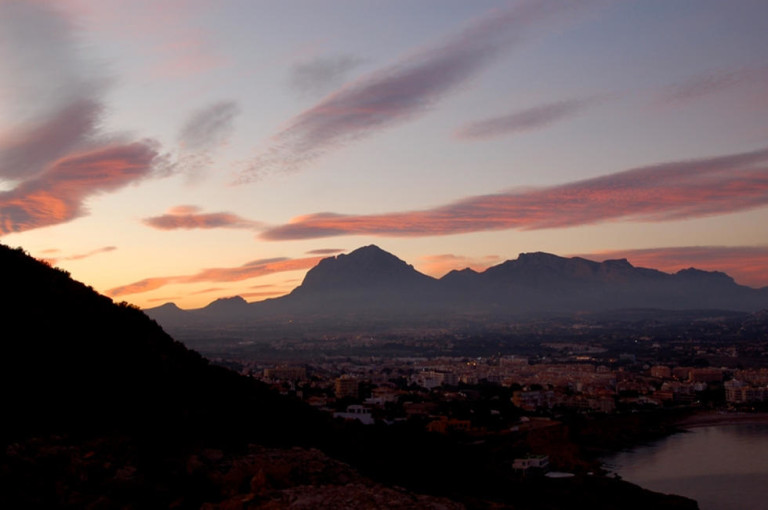 A simple theory: if a town makes you feel well, at ease–“it is so easy to live here”, many people say–then something seeps into you and makes you nonviolent.  If the town, your habitat, a key context in your life, hits you badly, then aggression seeps into you, violence may follow, and often across racial or ethnic faultlines.

So, what is the secret of the good town?  There is much to learn from Alfaz; here is a short list summarizing our experiences:

The Alfaz my family happened to visit in 1969 was indeed small, with women in black and flies dominating the rush hour traffic. For a bulb we had to go to that Sodoma-Gomorrah called Benidorm (but just people have been located, it has not been destroyed).  With a hidden strength: women, pulling out the chairs for a tertulia, a meeting, at night, distributing resources, like possible gardener jobs, equitably. They met daily doing laundry in the public water fountain, now in private laundry machines; their focus on distribution yielded to a male focus on growth.  Yet Alfaz has kept very much of its charm.  However, let us make a little trip around the world to get more ideas.

Paris.  Still to some extent a city of small places, quartiers, or at most arrondissements; the catastrophe is the suburban nothingness, the faubourg.  But Mitterrand, socialist with a shady past, had a brilliant idea: socialize means of consumption, not means of production, and the major one is the central place.  Make it accessible, inexpensive, poly-culinary, -glot, -religious, -vestiary; make it beautiful by illumination, use light, and much of it.  And so they did, all over; in super-centralized France Paris is followed.

Firenze [Florence].  A beautiful central piazza they have, and they made the whole town for pedestrians and bicycles, banning cars (except trucks in the early morning with merchandize and late at night for garbage).  Garages outside charged higher day fees the longer one stayed, railway and bus stations beautiful.  However, a point from Paris: an enormous underground parking garage in the center of Paris, not ugly parking houses all over.  Hide the monsters (but they also have some charm).

USA.  The Americans share beautiful private gardens with the public by eliminating the fences between the private and the public.  You have a garden?  Make it beautiful, in the public eye, no monopoly.

The Netherlands.  One step further: big windows, show (off) the beauty of the rooms, with light, paintings.

China.  Two points.  One modern: the electric, noiseless cars and scooters like for the handicapped in Alfaz. Makes engines acceptable. One traditional: the quarter, six houses back to back around an open square where the private, like a good quarrel, can be shared publicly.  Apartments are the opposite; apartment-ment, only private (apartheid).

Paraguay, 16th century: no gold and silver to steal, no ports, worthless to Iberian conquerors, so it was given to the Jesuits.  They learnt from the indigenous guaraní the significance of a maximum size of a community, and fixed it at 3,000.  No The Bigger, The Better, no economistic Big Scale Advantages; they can cooperate with neighbors.  You want to settle with us?  Sorry, we are filled up; make your own!

They had another principle found all over the ancient world: public property, private use.  There is no “land-owner”, the land belongs to all of us and to itself.  However, lots are available for private use; monitored to check that it is well used.  A house stands on public land and it is monitored: it has become an eyesore, fix it within X months or the land is no longer available.  Land that could feed people is left fallow; no longer available for private non-use.

Thus guided, Paraguay soon developed an agricultural surplus for export, started industrializing, and became the richest part of “Latin America”. Till they competed with English exports and the Minister in Buenos Aires managed to make Argentina-Brazil-Uruguay attack and destroy, making Paraguay one of the poorest.  It still is.

Nevertheless, the two guiding principles remain, and can be used anywhere.

From all these ideas around the world, even an Alfaz can learn   something.  Underground parking, free bicycles, electric scooters, not the motorbike monsters now terrorizing the alfazinos. Making a central big plaza French style. More gardens, more sharing.  However,

Watch Out: Alfaz is getting big; plenty of goods and services but more than necessary.  In addition: the municipality gets much of its income from property tax–the more the better–and in growing may become self-destructive.  Less filled with ease; more stimulating aggression.  There is plenty of space up there on the castillas: build more Alfaz!

In the meantime, thanks, for all we enjoy in our lovely place.  And for all good ideas around the world that can easily be combined.

Anticopyright: Editorials and articles originated on TMS may be freely reprinted, disseminated, translated and used as background material, provided an acknowledgement and link to the source, TMS: Searching for the Good Town, is included. Thank you.

17 Responses to “Searching for the Good Town”