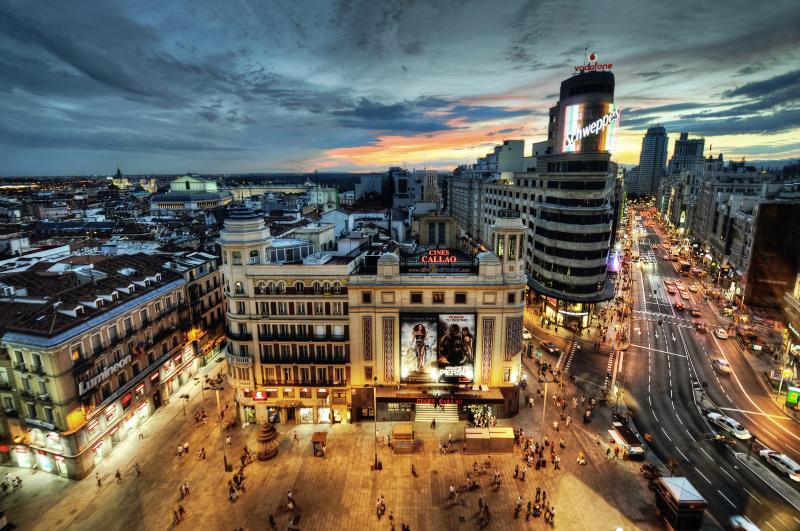 Mayors from around the world, Ladies and Gentlemen,

To reduce direct violence in cities we have to move from urban violence culture to an urban peace culture and from urban structural violence to a structure of peace.  The center of a city should not be a place of shame reeking of the Inquisition. And urbanization should not be justified as modern, seeing smaller town and villages, less violent, as traditional.

Street names should not glorify wars and violent heroes but peace and their heroines, often women. Move warrior on horseback monuments close to the cemetery for symbolic burial.  Sculptors could glorify the peace in a sweet family having breakfast, caressing each other–.

And Oslo where I grew up?  The police report a different kind violence, by younger perpetrators, even children, unrelated to poor vs rich wards (KK 17 Mar 2017). But the main street celebrates a French general who as King of Sweden and Norway became a bastion of neutrality.

The media matter, indeed–pathologically attracted to violence–they have to reinvent themselves. The cities offer anonymity and places to hide.  Media must report violence, but less, and less prominently. Big cities produce the best arts-science-business and the worst violence and exploitation; less in towns, villages and isolated farms. However, violence reporting can be scaled down, be less upfront.

The media must learn to report peace more, and more prominently, focusing not only on violent but on the peaceful wards, exploring why. Thus, the local police and others may offer local deals to gangs, like stopping violence against impunity. Or the whole context may be more peaceful, to be explored and reported upfront.

Media could be rated on violence vs peace reporting, and NGOs could boycott violent and support peaceful media, sustained by prominent actors. Needed, because peaceful media may be economically weak, e.g. run by peace-minded women, in still patriarchic societies.

Families matter, indeed, and we need more media focus on love and good marriages, less on domestic violence and divorces of celebrities.

The family is no longer closed to reporting violence–husband against wife, both against the children, siblings against each other–so why not also reporting about non-pathological, peaceful families?

Schools from K to U(niversity) matter. They are certainly essential for the negative peace of zero bullying, and for the positive peace of building good relations.  For the former, the SABONA formula, “What you have done is unacceptable, but why did you do it?” going to the roots, turning the bully into a peacemaker. For the latter, project-oriented schools with students cooperating on projects they themselves choose.

Police & government matter, undeniably. Make them more reward-praise and less punishment-violence oriented. Imagine the police stopping a car and giving the driver a star for considerate, perfect driving at some difficult point, not only issue a ticket for bad driving. And police being upfront convincing gangs to change their styles, for instance by helping keeping the city clean, with some reward.

Nevertheless, if the government itself is violent, dedicated to warfare-death penalty, you should not be surprised if some people get the idea that violence is legitimate, being the status quo. The big city is an ideal battlefield for practice.

The central square-plaza is crucial. Violence in such places may be contagious, so violent gangs push the button. But peace may also be contagious. Make the center beautiful; reflecting cultural differences for all ethnic groups to feel at home.  Make it diverse; with simple eateries and top restaurants for all classes to feel at home.  Make violence look out of place. Big cities have resources to show the way.

This conference, first of its kind, with 2.300 participants and 200 mayors, is a trail-blazer. A Nobel Peace Prize to the organizers!  The world is not only states, nations, hatred and wars, but also cities, classes, structural violence and direct city violence.

The cultural program announces MADRID CAPITAL OF PEACE. Not quite. Spain has not complied with UN Charter Art. 73 to decolonize Western Sahara, Sahrawi, but let Morocco recolonize it. Spain contributes to a US-led state terrorist coalition from the air and otherwise in Afghanistan.  Spain is host to the major US bases in Europe.  And Spain has not progressed from Franco’s “Spain: One, Great, Free” to “Spain: A Community of Nations” for Basques, Catalans, etc. to feel at home.

That may well happen.  This conference could serve as a model for a conference to come: World Forum on State Violence, in Madrid.  On the diagnosis-prognosis-therapy for the states, as you are trying to do here for the cities. There is an additional factor: cities are more or less violent, but not against each other: states are also more or less violent, and often against each other.  Calls a conference in this magnificent conference building, once a factory for lifts (!) and lift us once more. Have the Chief Executives of states, Presidents, Prime Ministers explain what they do to reduce violence within and between states.  In a dialogue like we have here for mutual exploration and learning; not for criticizing each other, but for moving forward, together.

And that brings me to the major outcome of this conference by and for mayors, and a coming one by and for presidents and PMs. A report hour-by-hour is fine. However, focus on a list of concrete ideas.  Mayors, busy people–even from major capitals, deep gratitude to them–should be able to scan the list: “already done, not relevant for us, idiotic, hum, this one looks interesting–“.  And proceed accordingly.

Admittedly, it is more difficult at the state level.  Cities may envy each other but rarely hate and never attack each other, except the capitals; states may be overloaded with hatred, particularly of capital states.

Dear Organizers: Thanks for a major contribution to peace in the world, at this key meso level, between the micro level of persons and the macro-mega levels of states-nations and regions-civilizations. THANK YOU!

Johan Galtung, a professor of peace studies, dr hc mult, is founder of the TRANSCEND Network for Peace, Development and Environment and rector of the TRANSCEND Peace University-TPU. Prof. Galtung has published 1670 articles and book chapters, over 470 Editorials for TRANSCEND Media Service, and 167 books on peace and related issues, of which 41 have been translated into 35 languages, for a total of 135 book translations, including ‘50 Years-100 Peace and Conflict Perspectives,’ published by the TRANSCEND University Press-TUP.

Anticopyright: Editorials and articles originated on TMS may be freely reprinted, disseminated, translated and used as background material, provided an acknowledgement and link to the source, TMS: Reducing Urban Violence, is included. Thank you.

One Response to “Reducing Urban Violence”