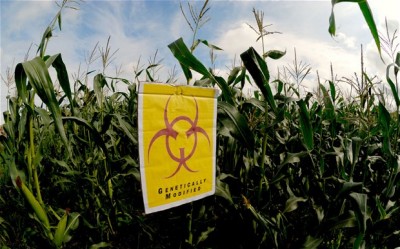 2 Dec 2018 – “Genetically modified (GM) cotton in India is a failure. India should reject GM mustard. And like the Green Revolution, GM agriculture poses risks and is unsustainable. Regulatory bodies are dogged by incompetency and conflicts of interest. GM crops should therefore be banned.”

You may have heard much of this before. But what is different this time is that the claims come from distinguished scientist P.C. Kesaven and his colleague M.S. Swaminathan, renowned agricultural scientist and geneticist and widely regarded as the father of the Green Revolution in India.

Consider what campaigner and farmer Bhaskar Save wrote in his now famous open letter in 2006:

“You, M.S. Swaminathan, are considered the ‘father’ of India’s so-called ‘Green Revolution’ that flung open the floodgates of toxic ‘agro’ chemicals, ravaging the lands and lives of many millions of Indian farmers over the past 50 years. More than any other individual in our long history, it is you I hold responsible for the tragic condition of our soils and our debt-burdened farmers, driven to suicide in increasing numbers every year.”

Back in 2009, Swaminathan was saying that no scientific evidence had emerged to justify concerns about GM crops, often regarded as stage two of the Green Revolution. In light of mounting evidence, however, he now condemns GM crops as unsustainable and says they should be banned in India.

In a new peer-reviewed paper in the journal Current Science, Kesaven and Swaminathan state that Bt insecticidal cotton has been a failure in India and has not provided livelihood security for mainly resource-poor, small and marginal farmers. These findings agree with those of others, many of whom the authors cite, including Dr K.R. Kranthi, former Director of the Central Institute for Cotton Research in Nagpur and Professor Andrew Paul Gutierrez and his colleagues.

The two authors conclude that both Bt crops and herbicide-tolerant crops are unsustainable and have not decreased the need for toxic chemical pesticides, the reason for these GM crops in the first place. Attention is also drawn to evidence that indicates Bt toxins are toxic to all organisms. 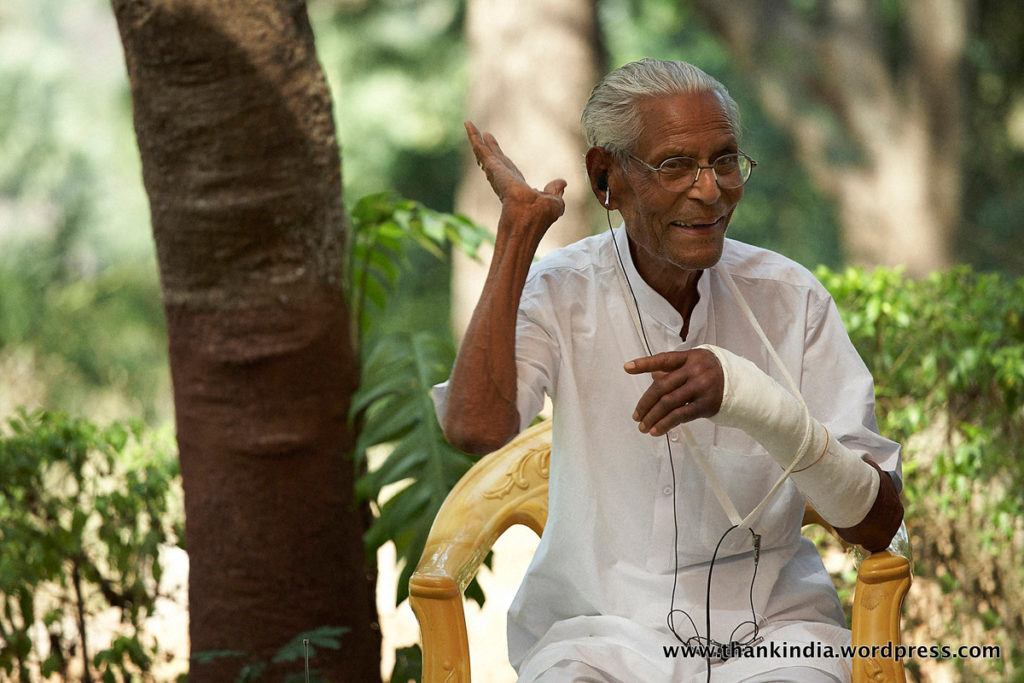 Kesaven and Swaminathan note that glyphosate-based herbicides, used on most GM crops, and their active ingredient glyphosate are genotoxic, cause birth defects and are carcinogenic. They also note that GM crop yields are no better than that of non-GM crops and that India already has varieties of mustard that out-yield the GM version which is now being pushed for.

The authors criticise India’s GMO regulating bodies due to a lack of competency and endemic conflicts of interest and a lack of expertise in GMO risk assessment protocols, including food safety assessment and the assessment of environmental impacts. They also question regulators’ failure to carry out a socio-economic assessment of GMO impacts on resource-poor small and marginal farmers.

Indeed, they call for “able economists who are familiar with and will prioritize rural livelihoods, and the interests of resource-poor small and marginal farmers rather than serve corporate interests and their profits.”

In the paper, it is argued that genetic engineering technology is supplementary and must be need based. In more than 99% of cases, the authors argue that time-honoured conventional breeding is sufficient. In other words, GM is not needed.

Turning to the Green Revolution, the authors say it has not been sustainable largely because of adverse environmental and social impacts. Some have argued that a more ‘systems-based’ approach to agriculture would mark a move away from the simplistic output-yield paradigm that dominates much thinking and would properly address concerns about local food security and sovereignty as well as on-farm and off-farm social and ecological issues associated with the Green Revolution.

In fact, Kesaven and Swaminathan note that a sustainable ‘Evergreen Revolution’ based on a ‘systems approach’ and ‘ecoagriculture’ would guarantee equitable food security by ensuring access of rural communities to food.

There is a severe agrarian crisis in India and the publication of their paper (25 November) was very timely. It came just three days before tens of thousands of farmers from all over India gathered in Delhi to march to parliament to present their grievances and demands for justice to the Indian government.

According to the Charter of Indian Farmers, released to coincide with the farmers’ march in Delhi:

“Farmers are not just a residue from our past; farmers, agriculture and village India are integral to the future of India and the world.”

Successive administrations in India have however tended to view Indian farmers as a hindrance to the needs of foreign agricapital and have sought to run down smallholder-based agriculture – the backbone of Indian farming – to facilitate the interests of global agribusiness under the guise of ‘modernising’ the sector, thereby ridding it of its ‘residue’ farmers.

To push this along, we now have a combination of World Bank directives and policies; inappropriate commodity cropping; neoliberal trade and a subsequent influx of (subsidised) agricultural imports; and deregulation, privatisation and a withdrawal of government support within the farm sector, which are all making agriculture economically unviable for many farmers.

And that’s the point, to drive them out of agriculture towards the cities, to change the land laws, to usher in contract farming and to displace the existing system of smallholder cultivation and village-based food production with one suited to the needs of large-scale industrial agriculture and the interests of global seed, pesticide, food processing and retail corporations like Monsanto-Bayer, Cargill and Walmart. The aim is to lay the groundwork to fully incorporate India into a fundamentally flawed and wholly exploitative global capitalist food regime.

And integral to all of this is the ushering in of GM crops. But as Kesaven and Swaminathan imply, GM agriculture would only result in further hardship for farmers and more difficulties.

Of course, these two authors are not the first to have questioned the efficacy of GM crops or to have shown the science or underlying premises of GM technology to be flawed. Researchers whose views or findings have been unpalatable to the GMO industry in the past have been subjected to vicious smear campaigns.

Despite the distinguished nature of the two scientists (or more likely because they are so distinguished and influential) who have written this current paper, we may well witness similar attacks in the coming days and weeks by those who have a track record of cynically raising or lowering the bar of ‘credibility’ by employing ad hominem and misrepresentation to suit their pro-GMO agenda.

And that’s because so much is at stake. India presents a massive multi-billion-dollar market  for the GMO industry which already has a range of GM crops from mustard and chickpea to wheat, maize and rice in the pipeline for Indian agriculture. The last thing the industry wants is eminent figures speaking out in this way.

And have no doubt, GM crops – and their associated chemical inputs – are huge money spinners. For example, in a 2017 article in the Journal of Peasant Studies, Glenn Stone and Andrew Flachs note that Indian farmers plant the world’s largest area to cotton and buy over USD 2.5 billion worth of insecticides yearly but spend only USD 350 million on herbicides. The potential for herbicide market growth is enormous and industry looks for sales to reach USD 800 million by 2019. Moreover, herbicide-tolerant GM traits are the biotechnology industry’s biggest money maker by far, with 86 per cent of the world’s GM acres in 2015 containing plants resistant to glyphosate or glufosinate. However, the only GM crop now sold in India is Bt cotton.

If we move beyond the cotton sector, the value capture potential for the GMO biotech sector is enormous. Clearly, there is much at stake for the industry.

The negative impacts of the Green Revolution can be reversed. But if commercial interests succeed in changing the genetic core of the world’s food supply, regardless of warnings about current failures of this technology and its unintended consequences at scientific, social and ecological levels, there may be no going back. Arrogance and ignorance passed off as ‘scientific’ certainty is not the way forward. That was a salient point when Bhaskar Save outlined his concerns about the impacts of the Green Revolution to Swaminathan back in 2006.

Scientists can and do change their views when presented with sufficient evidence about the flaws and negative impacts of technologies. This is how science and debate move forward, something which seems lost on the industry-backed scientists and ideologues who tout for GM.

It also seems lost on politicians who seem more intent on doing the bidding of foreign agricapital rather than listening to Indian farmers and following a more appropriate agroecologically-based route for rural development.