At $716 Billion, the US Military Budget Is Bigger Than Those of 144 Countries Combined and Largest Contributor to Climate Change

“State sovereignty is a goner. Bankism and Military Capitalism rule the world in all respects now.
“Militaries are the ultimate manifestation of direct, structural and cultural violence—a cancer that must be extirpated from humanity.” 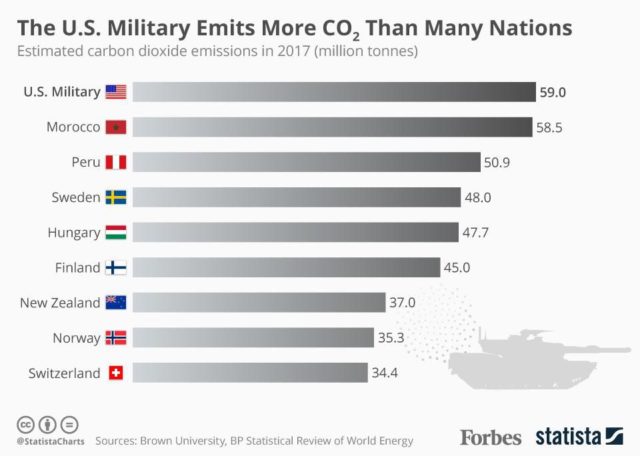 Forbes (6/13/19) ran a graphic comparing the Pentagon’s greenhouse emissions to those of medium-sized nations. 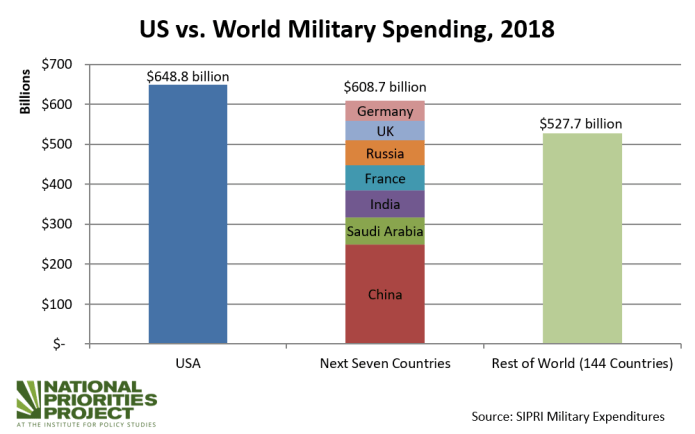 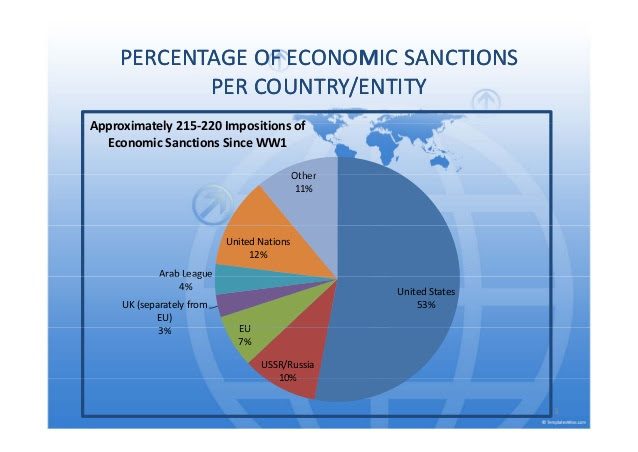 It’s no coincidence that US military emissions tend to be overlooked in climate change studies:

*Meet the Money behind the Climate Denial Movement – Smithsonian Magazine – Nearly a billion dollars a year is flowing into the organized climate change counter-movement.

*The U.S. Spends More on Its Military Than 144 Countries Combined – Institute for Policy Studies – The numbers are stark increases from last year’s differences. July 25, 2019 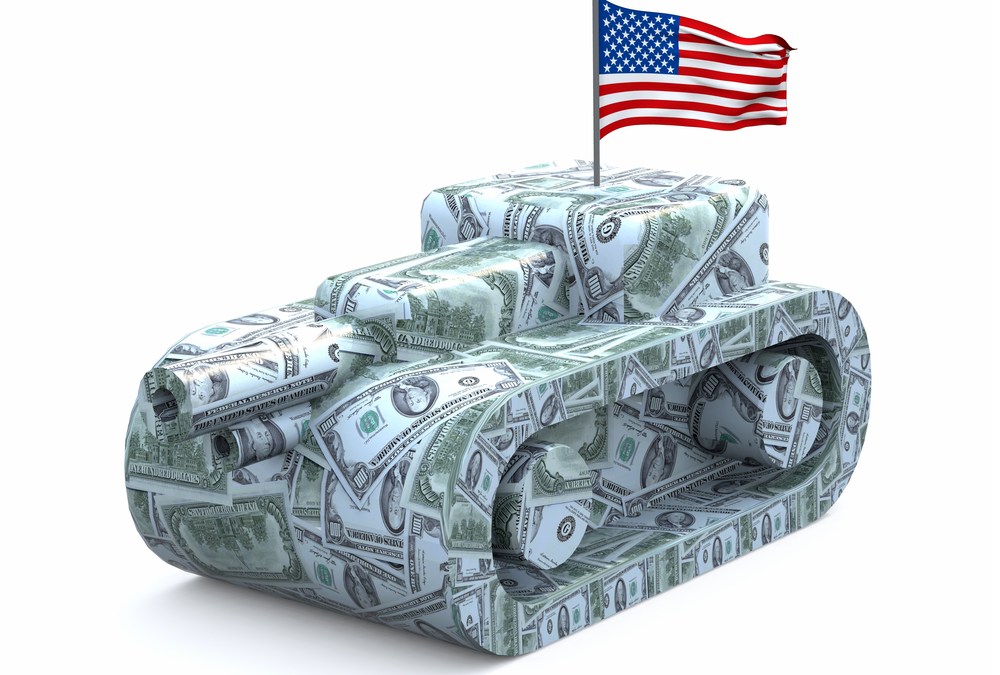 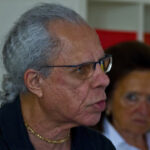 Antonio Carlos da Silva Rosa, born 1946, is founder-editor of the pioneering Peace Journalism website, TRANSCEND Media Service-TMS (from 2008), an assistant to Prof. Johan Galtung, Secretary of the International Board of the TRANSCEND Network for Peace Development Environment, and recipient of the Psychologists for Social Responsibility’s 2017 Anthony J. Marsella Prize for the Psychology of Peace and Social Justice. He completed his B.A., M.A., and graduate Ph.D. work in the fields of Communication-Journalism and Political Science-Peace Studies/International Relations at the University of Hawai’i. Originally from Brazil, he lives presently in Porto, Portugal. Antonio was educated in the USA where he lived for 20 years; in Europe-India since 1994. Books: Transcender e Transformar: Uma Introdução ao Trabalho de Conflitos (from Johan Galtung, translation to Portuguese, 2004); Peace Journalism: 80 Galtung Editorials on War and Peace (2010, editor); Cobertura de Conflitos: Jornalismo para a Paz (from Johan Galtung, Jake Lynch & Annabel McGoldrick, translation to Portuguese, 2010). TMS articles by Mr. Rosa HERE. Videos HERE and HERE.

Anticopyright: Editorials and articles originated on TMS may be freely reprinted, disseminated, translated and used as background material, provided an acknowledgement and link to the source, TMS: At $716 Billion, the US Military Budget Is Bigger Than Those of 144 Countries Combined and Largest Contributor to Climate Change, is included. Thank you.

2 Responses to “At $716 Billion, the US Military Budget Is Bigger Than Those of 144 Countries Combined and Largest Contributor to Climate Change”