The Importance of Gambia Invoking Genocide Convention against Myanmar

15 Nov 2019 – The Government of Gambia on 11 Nov has brought to the International Court of Justice (ICJ) in The Hague a complaint against the Government of Myanmar (formerly Burma) for violation of the 1948 Convention on Genocide concerning actions against the Rohingya. Under the rules of the ICJ, Member States can bring action against other Member States over disputes alleging breaches of international law, in this case the Convention on the Prevention and Punishment of the Crime of Genocide.

All members of the United Nations are automatically members of the ICJ. However, most cases before the World Court concern actions touching upon the States involved, such as frontier limitations on which the ICJ has been particularly active. 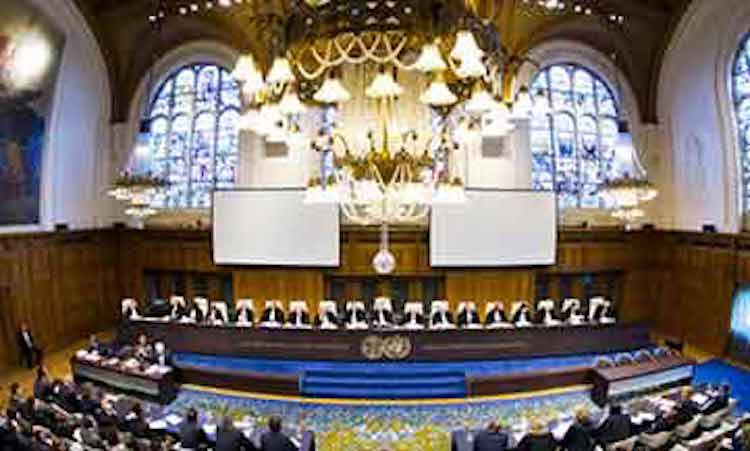 In this case, Gambia is acting as the conscience of the world society, not being the country from which the Rohingya are fleeing nor the country to which they flee. The Attorney General of Gambia, Abubacarr Marie Tambadou, who had served as a special assistant to the prosecutor at the International Criminal Tribunal for Rwanda said:

“The case is to send a clear message to Myanmar and the rest of the international community that the world must not stand by and do nothing in the face of the terrible atrocities that are occurring around us.  It is a shame for our generation that we do nothing while genocide is unfolding before our own eyes.”

The Genocide Convention is a landmark in the effort to develop a system of universally accepted standards that promote an equitable system of world law for all members of the human family to live together in dignity. There have been repeated appeals to make the 1948 Genocide Convention operative world law. The then UN Secretary-General Kofi Annan said in an address at UNESCO on December 8,1998:

“Many thought, no doubt, that the horrors of the Second World War – the camps, the cruelty, the exterminations, the Holocaust – could not happen again. And yet they have. In Cambodia, in Bosnia and Herzegovina, in Rwanda. Our time – this decade even – has shown us that man’s capacity for evil knows no limits.  Genocide – the destruction of an entire people on the basis of ethnic or national origins – is now a word of our time too, a stark and haunting reminder of why our vigilance must be eternal.”

“The following acts shall be punishable:

When the Convention was being drafted, the competent organ of the United Nations was thought to be the Security Council.  However, despite factual evidence of mass killings, some with an intent to destroy “in whole or in part” an ethnic group in Rwanda, Burundi, the Democratic Republic of Congo, Sierra Leone and the Sudan, no Contracting Party to the Genocide Convention has ever called for any action under Article VIII of the Convention. Now Gambia has acted and focused on the highest legal body within the UN system.

It is not known what action the ICC will undertake.

The action of Gambia is important as it focuses both on the mechanisms of world law and the dramatic conditions of the Rohingya. It is thought that a first session of the ICJ on the Myanmar case will be held in December. (1)

(1) For a detailed study of the drafting of the 1948 Genocide Convention and subsequent normative developments see William A. Schabas, Genocide in International Law (Cambridge: Cambridge University Press, 2000, p 624) [IDN-InDepthNews – 13 Nov 2019]

Anticopyright: Editorials and articles originated on TMS may be freely reprinted, disseminated, translated and used as background material, provided an acknowledgement and link to the source, TMS: The Importance of Gambia Invoking Genocide Convention against Myanmar, is included. Thank you.