Peace appeals to the hearts; studies to the brain. Both are needed, indeed indispensable. But equally indispensable is a valid link between brain and heart. 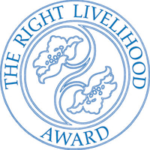 The history of peace studies is, of course, a collective story, and it did not start in the 1950s – it is as old as humankind, as is the history of war studies, the study of war with warlike means. I guess the same applies to what today is called security studies, or the study of peace with warlike means, balance of power, balance of terror, deterrence through credible retaliation etc. Needless to say, that is not what peace studies are about. Peace studies are about peace with peaceful means, and I think it is generally accepted today that this has to be done in a holistic manner and with a global perspective, or – with more narrow terminology – interdisciplinary and international. I am asked to say something about what brought me into this field. And it is quickly done: I owe it to three factors that loomed large when I was 18 years old:

So, nothing mysterious, simple sources of inspiration. When after three years of reflection on this I finally applied for status as conscientious objector, I added as an afterthought that I would like to devote my life to peace studies, a term hardly with any meaning, including to me. However, by that time I had read quite a lot of literature that was not included in the mathematics curriculum I was supposed to study, like Gandhi, Freud, Einstein etc. Out of sheer tenacity I nevertheless finally got my PhD in mathematics. And had become a very poor mathematician indeed working on some mathematics that has never been heard from since, but a reasonably good peace researcher.

So Much for Inspiration. What about Objectives?

They are two, neither of them modest.

The first is the goal and it is exactly the same as for the peace movement: the abolition of war as a social institution. It sounds naive, doesn’t it? Well, so did the talk of those people who wanted to abolish slavery as a social institution, and those who wanted to abolish colonialism as a social institution – they were all told they were working against something very dark and mysterious called human nature. And yet they somehow succeeded; there are still elements of slavery and colonialism around, but not as legitimate social institutions, and that is a very basic point. For this to happen alternatives have to be found. And this is a very sticky point. In one sense plantation colonialism was the alternative to slavery, and neo-colonialism of the Third world the alternative to colonialism, both highly unacceptable. A peace researcher should be mindful of this point lest we end up with an equally unacceptable alternative to war, something that could qualify for the fourth and missing category above: War with peaceful means. A world government referring to its belligerence as police action, for instance?

The second is more like a means: to make peace studies academically acceptable. Here great progress has been made from the first beginnings in the late 1950s. Peace studies are taught at more than one hundred universities and colleges in the US, for instance. More importantly: we have something to teach, a great pool of knowledge on which the two important qualifiers, holistic and global, may increasingly be applied – not to the single piece of research, but to the totality.

In short, we have something to teach. Hence, it is very obvious what the next step is: degrees in peace studies, from as many universities in the world as possible. We need thousands of them, holding an MPS, Master of Peace studies diploma, serving international organizations, governmental and nongovernmental, transnational corporations with a conscience – and they exist governments with a conscience and they also exist, voluntary organizations such as religious bodies and trade unions and above all that new major peace actor on the world scene: the municipality. And, if this list is still not convincing: think of the many positions that have to be opened to teach peace studies at the level of elementary schools and high schools!

Time has passed when peace studies could only lead to more peace studies as job opportunity – but there is still much work to do. The School of Peace Studies at Bradford University has blazed the trail, the United Nations University for Peace in Costa Rica does important work in the same direction, so does the Section for peace research at Uppsala University, and the Peace and conflict studies program at University of California, Berkeley, just to mention some. But much, much more is needed and at a much larger scale. A major task for an institution like the University of Hawaii for the Pacific Hemisphere, or the Austrian Peace Research and Education Institute for the European region. For this can only be done at places with an imaginative, creative leadership.

Let me try at this point to give a very brief summary of where we stand in peace studies – in my view. If peace is the reduction of violence, like the abolition of war and related phenomena, then we have to start with a better conceptualization of violence than the word “war” alone. I have found it useful to distinguish between three types of violence:

I have come to see the first two as relatively simple. There are ways of reducing large-scale abuses of military and economic power, such as deterrence through non-provocative, defensive defense as an alternative to the long range weapons systems underlying deterrence by retaliation which to the other side looks suspiciously like an offensive capability. And there are ways of reducing large-scale abuses of economic power through economic self-reliance, at the regional (Third World), national and local levels, using own production factors rather than becoming dependent on somebody else (“internalizing externalities and “sharing externalities equally” would be the more technical formulations). Rethinking military and economic science!

But cultural violence, in the form of religions and ideologies that announce themselves as the only valid faiths, for the whole world and in addition with a Chosen People appointed to spread that faith to others, not only as a right, but as a duty, is more difficult to handle. Here we are touching a cornerstone of many people’s identity; a lie, for sure, but as Ibsen said, take that lie away from the average person and you remove his happiness at the same time. Would that not itself  be violence? A key problem for peace studies, certainly not solved by rejecting it.

I let that do as examples, hopefully appetizing. Peace appeals to the heart; studies to the brain. Both are needed, indeed indispensable. But equally indispensable is a valid link between brain and heart. And that, in a nutshell, is what peace studies and peace practice are all about. 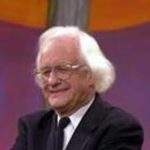 Anticopyright: Editorials and articles originated on TMS may be freely reprinted, disseminated, translated and used as background material, provided an acknowledgement and link to the source, TMS: Peace Studies: Inspiration, Objectives, Achievement, is included. Thank you.