Battling Roundup Weedkiller: ‘Round and Round’ We Go

21 Feb 2020 – It seems forever that we’ve been trying to get Monsanto’s Roundup weedkiller off the market, and out of our food.

It’s a battle that’s had more than its share of highs and lows.

Where are we today? Fighting a new company—Bayer now owns Monsanto. And watching the courts go ‘round and ‘round, as they start then stop trials, order, then reduce (and now, potentially, reverse) judgments against a company facing nearly 43,000 lawsuits.

As Bayer digs in its heels, insisting that Roundup is “safe,” and as our regulatory agencies echo those false claims, the company finds itself fighting back in the courts, while simultaneously hinting at a settlement that could include taking Roundup off retail store shelves (but not off U.S. farms).

Where Things Stand in the Courts

Earlier this month, the judge overseeing a trial scheduled to begin in St. Louis, Missouri, pitting a Roundup cancer victim against Bayer, slammed on the brakes. The judge’s move fueled speculation about a settlement that potentially would address the nearly 43,000 similar lawsuits against the pesticide giant.

The St. Louis trial, Wade v. Monsanto, involved four plaintiffs, including a woman whose husband died of non-Hodgkin lymphoma. As U.S. Right to Know reported, the trial was highly anticipated in large part because former Monsanto CEO, Hugh Grant, had been ordered to appear in person to testify.

The first three trials involving cancer victims suing Monsanto-Bayer didn’t go Bayer’s way. Jurors not only sided with the victims, but they also awarded huge sums of money. Bayer promptly appealed, and won reduced settlements. In one of the three cases, a California jury awarded just north of $2 billion to Alberta and Alva Pilliod, a married couple who had sprayed Roundup on their property to control weeds. A trial judge later reduced that amount to $86 million.

Now, Bayer wants the court to throw out the $86 million award and pay the victims nothing. The move comes after Trump’s U.S. Environmental Protection Agency (EPA) and Department of Justice weighed in—in favor of the poison-maker.

It also doesn’t hurt Bayer’s case that the EPA recently signaled, in a long-awaited interim decision, that it plans to re-approve glyphosate.

As the victims, the media and anti-Monsanto-Bayer activists worldwide wait to hear what’s next—will a settlement be reached, or will the trials resume?—Bayer is battling a different type of lawsuit. In January, the trial of Missouri farmer Bill Bader vs. Monsanto got underway. Journalist Carey Gillam reports that Bader, a peach farmer, is suing the company for selling him GMO dicamba-tolerant soybean and cotton seeds despite knowing the actions would trigger chemical damage to farm fields that weren’t planted with the new seeds. According to Gillam, Bader’s lawsuit alleges that Monsanto induced farmers to buy the specialty seeds to prevent crop damage from herbicide drift coming from neighboring farmers who were planting the GMO crops and spraying them with dicamba. Bader, who is suing for $20 million, blames Monsanto for the loss of more than 30,000 trees. 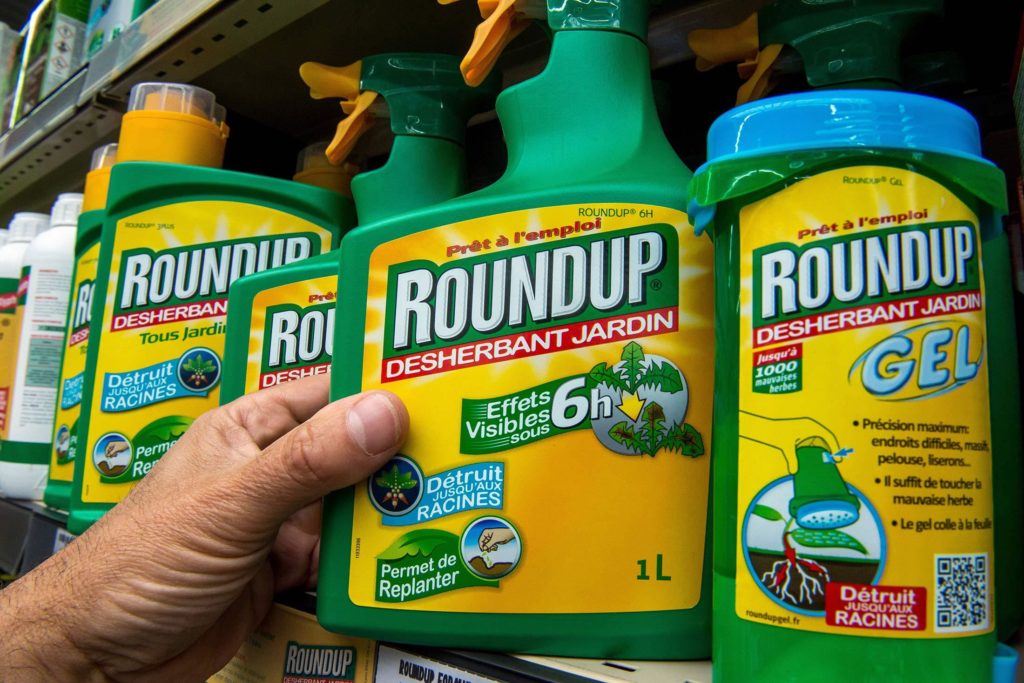 No Easy Path to a Settlement?

How long might it take for Bayer and the tens of thousands of Roundup weedkiller cancer victims to reach a settlement? Awhile, according to legal experts.

A recent article by Reuters reporter Tina Bellon lays out the challenges that preclude an “easy settlement.”

One of the challenges, according to Bellon, is that lawyers for the plaintiffs will insist that any settlement includes a cancer warning label on Roundup products. Given that the EPA, ignoring the mounds of evidence to the contrary, continues to claim that glyphosate and Roundup are “safe.”

Experts told Reuters that “adding a cancer warning over a regulator’s explicit opposition presented unchartered legal territory.” (In 2018, Organic Consumers Association and Beyond Pesticides sued Monsanto for misleading the public by labeling Roundup as “target[ing] an enzyme found in plants but not in people or pets,” when the science says otherwise).

One of the other obstacles to a swift settlement is the length of time between exposure to Roundup and the onset of non-Hodgkin lymphoma, the specific cancer shared by all of the Roundup lawsuit plaintiffs. That, plus while doctors recognize multiple risk factors for non-Hodgkin lymphoma, there’s no agreement on a “known cause,” which makes it difficult to determine a settlement fund size that would cover future victims.

That said, remember: With the EPA and DOJ on its side, if Bayer gets a reversal on the Pilliod judgment, the company may succeed in beating back the lawsuits.

Could Public Pressure Force Roundup off the Market?

One of the latest rumors swirling around the Roundup weedkiller settlement speculation is that Bayer could agree to stop selling Roundup to consumers. That would be a win for consumers. But it would do nothing to stop the millions of pounds of glyphosate sprayed on agricultural crops, and ending up in our food and waterways.

Meanwhile, the Washington Post reports that Bayer is investing $5.6 billion to develop an alternative to glyphosate. The Post suggested that Bayer may be changing its tone, citing new text on the company’s website, including this: “We listened. We learned.”

Could Bayer voluntarily altogether stop making Roundup and other glyphosate-based weedkillers? Despite the EPA and Congress’ failure to ban the chemical?

It’s hard to imagine, yet that’s what happened this month with another dangerous pesticide. Corteva Agriscience, spun off from DowDupont last year, said it will discontinue the manufacture and sale of chlorpyrifos, a known neurotoxin considered especially harmful to children. (In 2016, Obama’s EPA banned chlorpyrifos, only to have Trump’s EPA overturn the ban after a Dow executive donated $1 million to Trump’s inauguration festivities. This month, California took the matter into its own hands, banning the chemical statewide).

As we wait to see what unfolds next on the legal front, dozens of organizations (including ours) and millions of consumers and activists continue to step up the pressure on the EPA and Congress to stop the poisoning of our food, water and soil with Roundup and glyphosate. (You can sign our petition to Congress here).