How Can Some Progressives Get Basic Information about Nicaragua so Wrong? 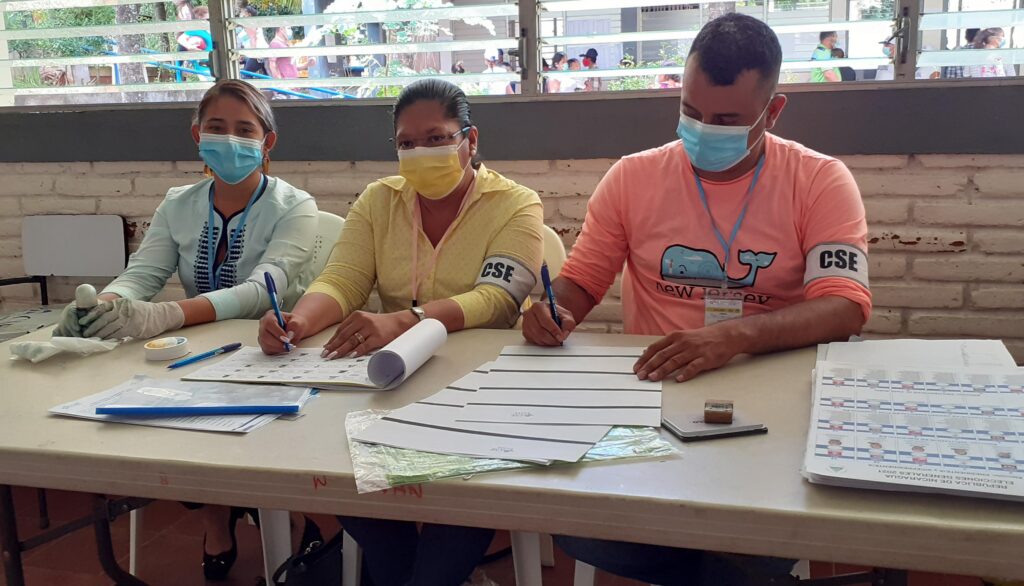 On November 7, Nicaragua held elections in which current president Daniel Ortega received 75% support and, as a result, begins a new term of office in January. Not surprisingly, the US government described the election as a “sham.” Of more concern is that many on the left seem to agree. William Robinson’s NACLA article, Nicaragua: Chronicle of an Election Foretold, is a scathing critique, repeated in an interview with The Real News.

In this article, we will show that Robinson’s claims are based on falsehoods and elite bias. He appears to be out of touch with the reality faced by most Nicaraguans.

Prior to the elections, several people were accused of treason because of involvement in US attempts to overthrow Nicaragua’s elected government. They allegedly violated new laws controlling the use of foreign money for “political purposes” as well as older ones which penalize seeking foreign intervention in Nicaraguan affairs. Some of the detainees aspired to the presidency, but none were credible contenders. Here are the seven “presidential candidates”: 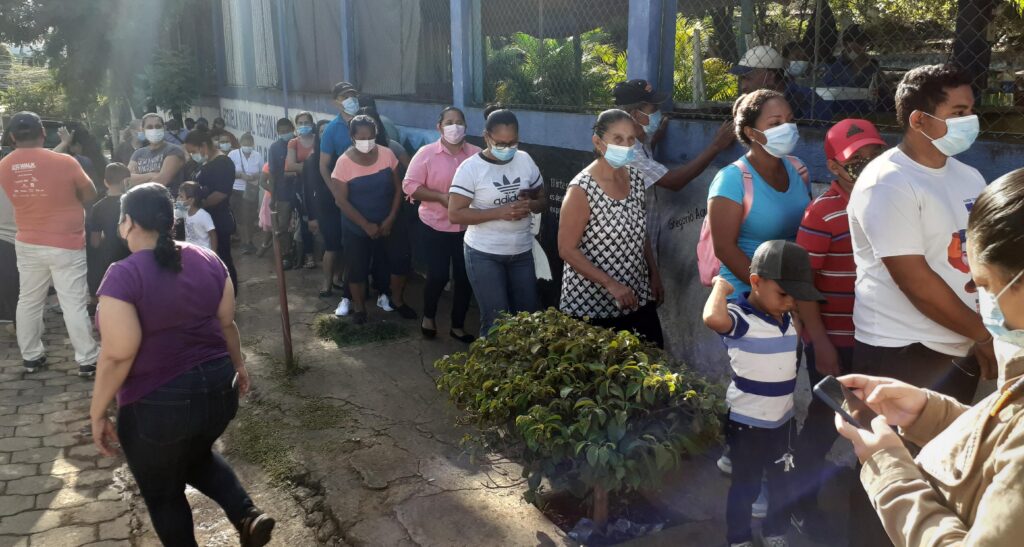 One leading member, the former Sandinista Dora María Téllez, supported right-wing candidates in recent elections; she praised the 2019 coup in Bolivia and actively collaborated with US plans to end Sandinista (FSLN) rule. Both she and Ana Margarita Vigil, who also has a lengthy history of collaboration with the US, are charged with inciting foreign interference in the elections. Tellez was one of the main organizers of the violent roadblocks in 2018, seen distributing money, drugs and food to the thugs running them.

The author Sergio Ramirez is a former Sandinista, Nicaragua’s Vice-President from 1985 until 1990, who founded the MRS in 1995 in opposition to Daniel Ortega. When he competed for the presidency in 1996, he received a derisory 7,665 votes nationwide.  Clearly, he is more popular among elites abroad than in his homeland. Since opposing the FSLN, Ramirez’s non-profit organization, Fundación Luisa Mercado has received US money via the Chamorro Foundation. He must have forgotten that in 1988 he said it was a “crime” to receive US government funds, “because they are part of a campaign against Nicaraguan sovereignty and integrity.”

Robinson appears to blame the opposition’s rightward shift on “repression” but does not explain why, when its supposedly radical young leaders came to the US, they were celebrated by the far right in Washington – Senators Ted Cruz and Marco Rubio and Rep Ileana Ros-Lehtinen – and looked to Trump for help.

Robinson says, “There is little evidence to corroborate the claim that the 2018 mass uprising was instigated by Washington … or that the United States has since carried out a destabilization campaign aimed at overthrowing the regime.”

Ever since the FSLN regained power in 2007, the US has been funding anti-government media and “civil society” groups. At the influential Council on Foreign Relations, Elliott Abrams spoke out aggressively beginning in 2015. Kenneth Wollack, now chairman of the state-funded National Endowment for Democracy (NED), bragged to the US Congress on June 14, 2018 that they had trained 8,000 young Nicaraguans to take part in the uprising. Yorlis Luna has described in detail the indoctrination process. An article for Global Americans, which Robinson has disparaged elsewhere, gave some details of the NED “laying the groundwork for insurrection.” 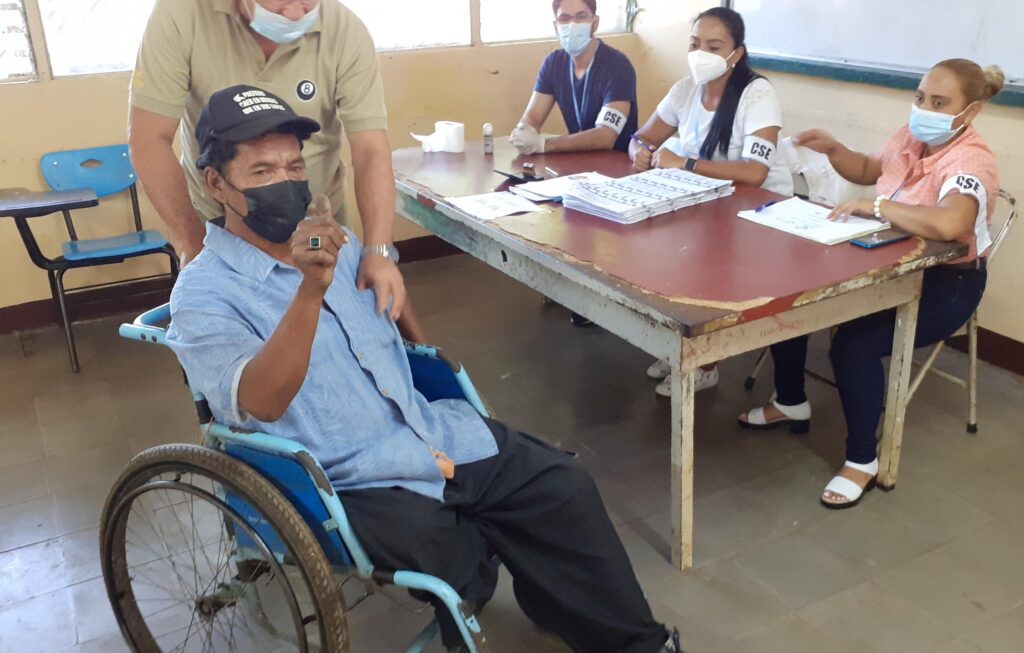 When the uprising and coup attempt failed, the US increased its open opposition to the Nicaraguan government with the Nica Act. Washington imposed sanctions on Nicaraguan government officials and opposed international loans to Nicaragua in bodies like the World Bank, which halted its funding for three years as a result. Rather than stepping back, Washington escalated its interference. In 2020, it was revealed that Washington was planning for “government transition” in Nicaragua. A major contract called Responsive Assistance in Nicaragua (RAIN) outlined different transition scenarios.

It is reasonable to assume that non-public agencies such as the CIA were also active.

Robinson suggests the US government was actually helping the FSLN government and says, “USAID also granted several hundred million dollars directly to the Ortega government from 2007 until 2018.”

Robinson’s assertion is untrue. The vast majority of USAID funds went to non-governmental organizations and other “partner organizations.” The USAID Nicaragua website shows they provided $115 million from 2014 to 2018 with the majority to “support Nicaraguans in their efforts to restore democratic norms and practices.” To give just one example, over 2,000 Nicaraguans received so-called “political party training.”

It is understandable that any country might object to this and see it as interference in its domestic affairs. What is not understandable is how Robinson got this basic information so wrong.

Robinson says, “The independent organization Urnas Abiertas reported an abstention rate of approximately 80 percent after the opposition called for an election boycott.”

The organization Urnas Abiertas claims that only 830,000 voted, not the 2,921,430 votes officially recorded, implying that some two million were falsified. The near impossibility of two million votes being faked has already been explained. Urnas Abiertas provides no evidence of how it was done, nor have they quoted any of the thousands of poll watchers from opposition parties who would have seen it happening. While Robinson calls Urnas Abiertas “independent,” Ben Norton has shown that it is heavily dominated by opposition figures. 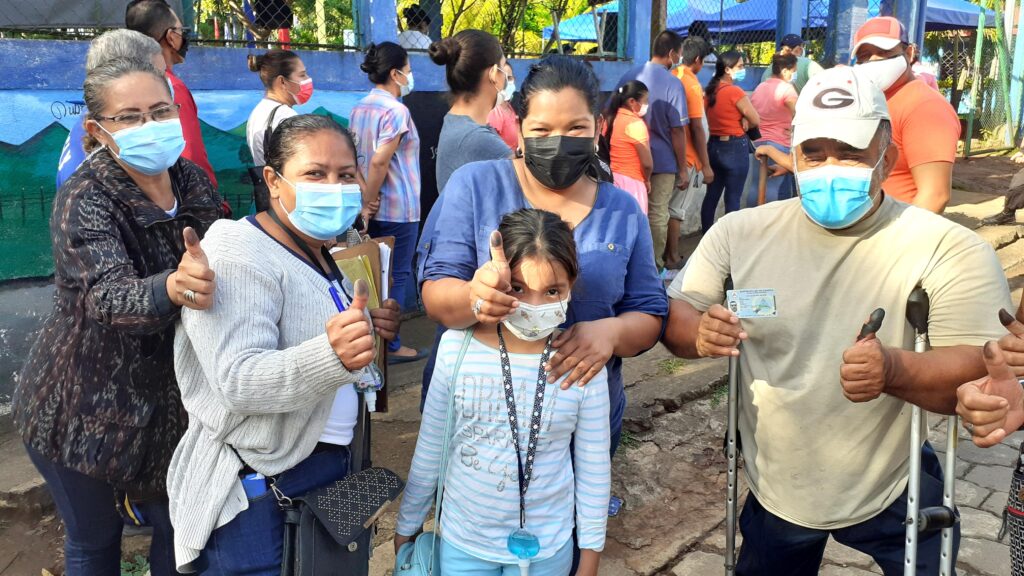 Official results show 66% of registered voters took part, which was far from unexpected given that 2.8 million voters had earlier checked their entries on the electoral register.

Robinson says, “CID-Gallup…found that 76 percent of the country’s electorate believed the country was moving in the wrong direction. The poll reported that 19 percent of the electorate planned to vote for Ortega, 65 percent stated they would favor an opposition candidate….”

Methodologically, the M&R polls are strong, using face-to-face interviews of over 4,200 potential voters. However, Robinson chooses to focus on results from CID-Gallup (not part of the international Gallup group) which found that only 19% would vote for Ortega. While Robinson says M&R polls are “contracted by the FSLN” he offers no proof, and fails to say that at least some of the CID-Gallup polls are paid for by the opposition, and in this case rely on just 1,200 cell phone interviews. In the past, he has pointed out that CID-Gallup was employed in US government propaganda campaigns in Nicaragua.

Robinson says, “The vote was carried out in a climate of fear and intimidation, with a total absence of safeguards against fraud”

Some 160 international witnesses, covering all regions of the country, reported enthusiastic participation in the elections by Nicaraguans young and old. Families frequently came together on foot or on motorcycles, some on crutches or in wheelchairs. Eyewitness reports are here, here, here, and here. A 4-minute video captures images from the day.

Safeguards against fraud included having opposition “poll watchers” in the 13,459 voting stations from start to finish. Votes are counted at each voting station with all parties ratifying the results, which are then posted outside for the public to see. Detailed results can be checked at the CSE website.

Robinson says, “As part of the crackdown the government also banned 24 civic organizations and professional associations…” “…a spate of laws… allows authorities to criminalize anyone who speaks out against the government.”

One element of the information war against Nicaragua is to spread false claims. This included a tsunami of social media posts fomenting violence in 2018, much of it produced by troll farms. More recently, 24 NGOs were closed which include 15 medical bodies which broadcast false information about Nicaragua’s response to Covid-19, undermining the government’s efforts (see below) and making people hesitant to go to public hospitals. A new law specifically penalizes the publishing of false information “likely to spread anxiety, anguish or fear.”

Nicaraguans are free to speak out against the government and they do so without fear. Here is an article which documents interviews with various Nicaraguans, both favorable and opposed to the FSLN.

The FSLN government’s achievements over 14 years are remarkable. In a letter to a cynic, Becca Mohally Renk, points out that they include: infant mortality reduced by 61% since 2007, the percentage of people with a university degree rising from 9% to 19%, electricity coverage growing from 54% to 99%, the lowest homicide rates in the region, and many more. Far from “suppressing” students, workers, feminists, and environmentalists as Robinson claims, the government ensures free university provision, promotes trade union rights, has an unparalleled record on gender equality and recently became the first Latin American state to grant territorial rights to all its indigenous communities.

Robinson says, “Nicaragua… has the lowest rate of vaccination in Latin America, with only 4.9 percent of the population inoculated as of October.”

While it’s true that vaccination against Covid-19 proceeded slowly at first because of limited supplies, by December over 70% of the population aged 2 and above had received at least one dose, and many older people had received booster doses. UNICEF and the World Health Organization congratulated Nicaragua on its vaccination campaign.

Nowhere are the Nicaraguan government’s advances more obvious than in healthcare. With 21 new public hospitals built since 2007, and thousands more trained health workers, Nicaragua was much better prepared for Covid-19 than neighboring countries. With community healthcare, door-to-door education and contract tracing, Nicaragua has kept Covid deaths to levels which are 55% of the average for Latin American countries, according to the respected Institute for Health Metrics and Evaluation.

Robinson says, “The worldwide Left similarly demanded sanctions against apartheid South Africa, sought to block U.S. and international financing for the Pinochet dictatorship, and currently calls for ‘boycott, divestment, and sanctions’ against Israel.”

The comparison of Sandinista Nicaragua to apartheid South Africa, Pinochet’s Chile and apartheid Israel is an indication of how wrong Robinson is on this topic. Nicaragua has endured over 100 years of US sponsored attacks, invasions, occupations, and dictatorships. They have a huge need and legitimate right to defend their sovereignty. It is disgraceful that some former progressives are supporting Washington’s escalating attacks and sanctions on Nicaragua.

Robinson says, “Ortega will now start his fourth consecutive term in office… in the midst of economic and political crisis. With its legitimacy shattered in the aftermath of the 2018 mass uprising and its violent repression, the regime has to rely more on direct coercion to maintain control.”

Robinson talks about “the government’s repression of the popular uprising” in 2018. He appears to acknowledge that support for the uprising faded almost as quickly as it began, but he completely misreads the reasons, which were that people realized they had been misled about state violence by the fake news spread on social media. Then they experienced the opposition’s house burning, looting, destruction of public buildings, kidnappings and murder. They saw that Sandinista sympathizers were targeted and that the police, confined to their stations by the government as a step towards a negotiated peace, were directly attacked and 22 police officers killed.

It is not surprising that Nicaraguans rejected the opposition’s call to abstain from the elections, opting instead for the peace and stability offered by continuing Sandinista government. That is what more than two million Nicaraguans voted for on November 7, and the international left, including William Robinson, should now accept this result.

All photos by Rick Sterling on election day in Juigalpa, Nicaragua.

John Perry lives and works in Masaya, Nicaragua and can be contacted at johnperry4321@gmail.com.

Anticopyright: Editorials and articles originated on TMS may be freely reprinted, disseminated, translated and used as background material, provided an acknowledgement and link to the source, TMS: How Can Some Progressives Get Basic Information about Nicaragua so Wrong?, is included. Thank you.

2 Responses to “How Can Some Progressives Get Basic Information about Nicaragua so Wrong?”