Like the feminist revolution, this one may be said to have originated in USA.  The two are related.  There is a long, painful history.  From use and abuse of women, also inside marriage, for male sexual satisfaction only, still going on. To an awakening, realizing that there is female sexuality, maybe a little different, maybe with several orgasms rather than a big one.

Kinsey played a major role. Very solid, very empirical, vast, comprehensive, fought by some churches and no doubt by some patriarchs.  But science prevailed.

Before that, another half of humanity, exactly “the other half” in the English sense of lower class, had been accorded another sexuality, but raw, brutal with rape across class and race borders as expression. Middle-upper class white husbands lived for centuries with a-sexual women whose virtue was threatened by lower class-race males, very fearful that their wives might actually want it.  While they themselves raped, forced their wives to sexual submission, and lawfully so, even protected by the Bible (I Corinthians 4:34-35).

The last decades evened the images of sexuality across gender, class and race borders to one humanity in sexuality, with rights to fulfillment and duties to solidarity, compassion, consideration.  At the same time, the steps from awareness of a somewhat different but vibrant–literally speaking–female sexuality to other sexualities became easier, even to LGBTQI-lesbian, gay, bisexual, trans-gender, queer, intersex and to ideas of male-female as yin-yang of sexuality with male only, female only, neither male nor female, both male and female, articulations.

The whole sexual landscape became more diverse.  The idea of what is normal and natural expanded.  No doubt increasing social gender, class and race tolerance, mobility and equality played a major role.

And so did the step from one sexuality to sexualities in plural.

A truly symbolic beginning: The Stonewall riots (also referred to as the Stonewall uprising or the Stonewall rebellion) were a series of spontaneous, violent demonstrations by members of the gay community against a police raid that took place in the early morning hours of June 28, 1969, at the Stonewall Inn, a gay bar located in Greenwich Village, New York City. They are widely considered to constitute the single most important event leading to the gay liberation movement and the modern fight for LGBT rights in the United States and in the world. (Wikipedia).

Male homosexuality was the norm in Ancient Greece where males were supposedly bisexuals in mature age and homosexuals in youth—having intercourse and love affairs with older men, their mentors. Plato, Socrates, Aristotle, Alexander the Great are just the most famously cited examples of a society with a chosen morality quite different from ours. Women were just for procreation, not for fun. The beauty and grace of male bodies were set in stone in Greek sculptures, paintings, literature. The ‘unspeakable vice of the Greeks,’ as puritanical British scholars referred to such love among men. Women: down under, without a social life.

Enters contemporary Mosuo culture in the Chinese provinces of Yunnan and Sichuan near Tibet. They present a matriarchal society where males are used exclusively for procreation in nocturnal secret visits. Men are segregated to own quarters and depend on the women for everything. Famously, they spend their days smoking and waiting to be chosen. No love or monogamous relationships to talk about. Women do all the work, raise children, govern, and choose their nightly mates. Men: down under, without a social life.

Enters Western culture with Abrahamic religions (Judaism, Christianity, Islam) putting a prize on heterosexual practice and behavior, procreation and family. Homosexuality is deemed as contra-natura, a crime, a disease, a mortal sin, socially shamed by ostracism, immoral, even lethal. Some societies still condemn homosexuals to death nowadays as Hitler and fascists confined them to concentration camps; both male and female homosexualities having been religiously, legally, socially, morally, medically unacceptable. Bullying against perceived homosexuals becomes socially acceptable and even encouraged.

Missing from the debate: serious, unbiased research on homosexuals as homosexuals in history, leadership roles, science, literature, in religion & spirituality, for instance. For we know their contributions to sexualities-blind activities such as the arts, music, theater, dance, haute-couture. Prejudice means pre-judgment, judgment a priori, and engenders racism, homophobia, sexism, ethnocentrism, among other social and personal deviations.

Stereotype: Alan Turing, the man who cracked the Nazi Enigma code, was homosexual. He is widely seen as the father of computer science and artificial intelligence and is credited with helping to shorten the course of WWII by few years. Yet, “Despite his achievements, in 1952 he was prosecuted for homosexuality, which was then illegal in England. To avoid prison, Turing agreed to receive injections of oestrogen for a year, which was intended to reduce his libido in a process known as chemical castration. He subsequently died of cyanide poisoning aged 41 – an inquest recorded a verdict of suicide.” (The Telegraph, 23 Dec 2013)

The point is not the (de)merits of a given sexuality but the recognition that moralities, moralists, moralisms, societal norms, mores and laws change according to time, place and circumstance. Western religions are a major force but warring states also need children to replace those who die in battle. Thus, they need heterosexual behavior-actions even if individuals are not heterosexuals. Citizens conform to avoid punishment, or hell, or both. So, homosexuals either married opposite sex or joined some monastery—to later become pedophiles as history shows us abundantly today. Social structures, not sexualities, are the problem.

These constructs of the mind are the ones that determine what-who is right/wrong. It is not something intrinsic in the behavior, not subjective [natural, innate, inborn], but an object of the factors above [culturally & structurally specific]. As the case of abortion, imposed on the population in patriarchic societies. In two words: Social Control.

It is a fact that sexuality, much like skin color, eye or hair color, is innate; a person is born with it. There may be cases where people change sexuality from hetero to homo or vice versa but these are the exceptions. As are transgenders, who decide to change the form of their genitals after grown-up.

Homosexuality may be defined as the inclination to love someone of the same gender. One in unable to choose it in the same way that one cannot choose to like tea or coffee, sour or sweet: one just does, naturally, not through a decision making process. Sexuality is not a choice, a preference or lifestyle; it is an imposition from nature like personality traits as tendencies to music, engineering, sports, writing, and so on. Questions for heterosexuals against homosexuality: Did you choose your own sexuality? Or just follow your heart? Could you change it at whim or even by imposition?

Patriarchal cultures and societies demand that males compete for females, territory, dominance, superiority; in life, in battle, in sports, in private and social settings. A man is not supposed to love another man unless he is family or a close friend. You must not love your adversaries. Among women the rules are more relaxed; they enjoy more freedom to express affection.

Unfortunately sex is generally confused with love both in literature and in reality. Sex is ephemeral pleasure of the genitalia—any genitalia. Love is emotion, energy, synergy between two human beings. Love and sex complement but do not replace each other, being of utterly different natures. Thus love, affection, romance, loyalty and commitment transcend the sexuality aspect and are present in any union between two persons who love each other whether homo or hetero. Bisexuals enjoy the best of two worlds.

Countries That Allow Same-Sex Unions around the World:

Countries Where Gay Marriage is Legal in Some Jurisdictions:

Please take a look: The Great Queers of History 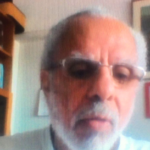 Antonio Carlos da Silva Rosa, born 1946, is founder-editor of the pioneering Peace Journalism website, TRANSCEND Media Service-TMS (from 2008), an assistant to Prof. Johan Galtung, and Secretary of the International Board of the TRANSCEND Network for Peace Development Environment. He completed the required coursework for a Ph.D. in Political Science-Peace Studies (1994), has a Masters in Political Science-International Relations (1990), and a B.A. in Communication (1988) from the University of Hawai’i. Originally from Brazil, he lives presently in Porto, Portugal. Antonio was educated in the USA where he lived for 20 years; in Europe-India since 1994. Books: PeaceJournalism: 80 Galtung Editorials on War and Peace (editor) – Cobertura de Conflitos: Jornalismo para a Paz (from Johan Galtung, translation to Portuguese) – Transcender e Transformar: Uma Introdução ao Trabalho de Conflitos (from Johan Galtung, translation to Portuguese)

Anticopyright: Editorials and articles originated on TMS may be freely reprinted, disseminated, translated and used as background material, provided an acknowledgement and link to the source, TMS: The Sexualities Revolution, is included. Thank you.

3 Responses to “The Sexualities Revolution”