Our Lifestyles Must Change

Our House Is on Fire!

“Our house is on fire!”, said teenage climate activist Greta Thunberg at Davos last January, “According to the IPCC we are less than 12 years away from not being able to undo our mistakes. In that time, unprecedented changes in all aspects of society need to have taken place, including a reduction of our CO2 emissions by at least 50%.” She is right. Our world is on fire.  The Amazon is burning. Alaska is burning. The forests of Siberia are burning, producing a plume of smoke as large as Europe. 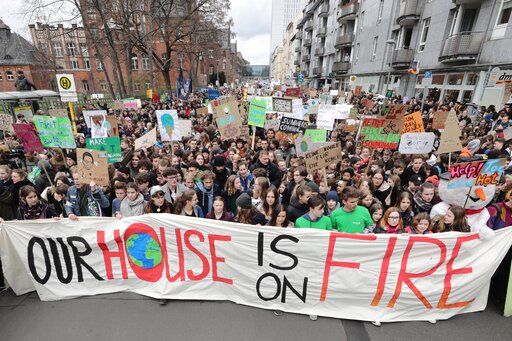 “This changes everything!”, wrote award-winning author Naomi Klein. But on the whole, little seems to be changing. There are too many vested interests – too much money to be made by inaction, and denial – too much institutional and cultural inertia. Our whole economic system is built on the extraction and use of fossil fuels, and they continue to be extracted. Oil tankers continue to sail. Russian gas continues to heat Ukraine and Europe. Advertisers continue to urge us to buy more than we really need including the latest fashions.

Meanwhile the world burns, sea levels rise and we face a worsening refugee crisis, driven, in part, by climate change. The problem we face in mobilizing political will to make the necessary changes in society is the slowness of effects such as sea level rise. The worst consequences of catastrophic climate change lie in the long-term future. But as the IPCC has told us, immediate action is needed to prevent feedback loops from taking control and making human efforts useless.

Will Lifestyle Change Trigger a Recession?

There are signs that a recession is on the way in any case. The increase in debt, both individual and governmental, cannot be sustained. Furthermore, perpetual growth on a finite planet is a logical impossibility. Only a steady-state economic system is sustainable in the long run. 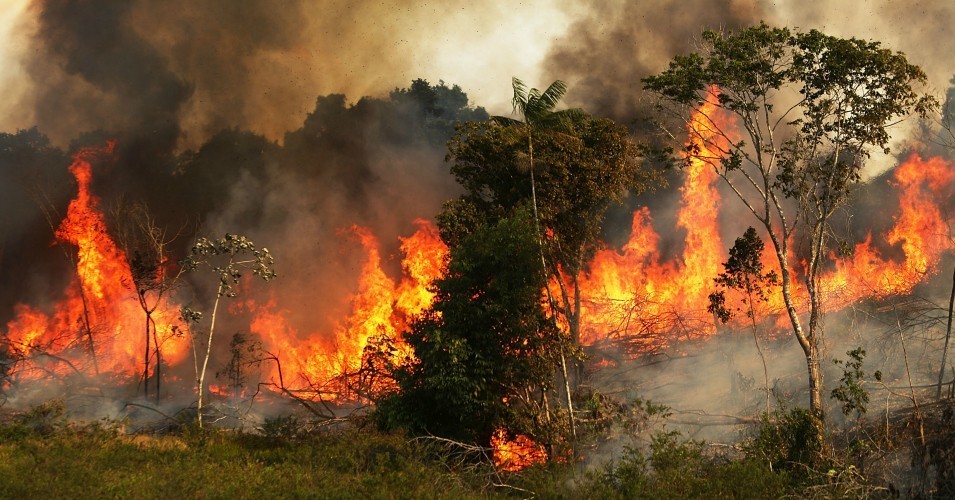 Even before taking her place in the US House of Representatives, with its newly-won Democratic majority, Alexandria Ocasio-Cortez became the leader of a campaign for a Green New Deal. This program takes its inspiration from the massive Federal government program by which Franklin Delano Roosevelt ended the depression of the 1930’s. FDR’s New Deal built dams, planted forests, and in general to create much needed infrastructure, while at the same time addressing the problem of unemployment by providing jobs.

Wikipedia describes FDR’s New Deal as follows: “The New Deal was a series of programs, public work projects, financial reforms and regulations enacted by President Franklin D. Roosevelt in the United States between 1933 and 1936. It responded to needs for relief, reform and recovery from the Great Depression. Major federal programs included the Civilian Conservation Corps (CCC), the Civil Works Administration (CWA), the Farm Security Administration (FSA), the National Industrial Recovery Act of 1933 (NIRA) and the Social Security Administration (SSA). They provided support for farmers, the unemployed, youth and the elderly. The New Deal included new constraints and safeguards on the banking industry and efforts to re-inflate the economy after prices had fallen sharply. New Deal programs included both laws passed by Congress as well as presidential executive orders during the first term of the presidency of Franklin D. Roosevelt. The programs focused on what historians refer to as the “3 Rs”: relief for the unemployed and poor, recovery of the economy back to normal levels and reform of the financial system to prevent a repeat depression.”

Alexandria Ocasio-Cortez believes that the climate emergency that the world now faces is a much more severe emergency than the great depression. Indeed, if quick action is not taken immediately, the long-term effects of catastrophic climate change pose existential threats to human civilization and the biosphere. Therefore she advocates a massive governmental program to create renewable energy infrastructure. Such a program, like FDR’s New Deal, would simultaneously solve the problem of unemployment. Money for the program could be taken from the Pentagon’s obscenely bloated budget. Ocasio-Cortez has also proposed a 70% income tax for the ultra-wealthy.

According to a January 24 2019 article by Robert R. Raymond, ”When polled, 92 percent of registered Democratic voters say they support the Green New Deal. But perhaps more importantly, a full 81 percent of all registered voters support it – a number that includes both Republicans and Democrats.” 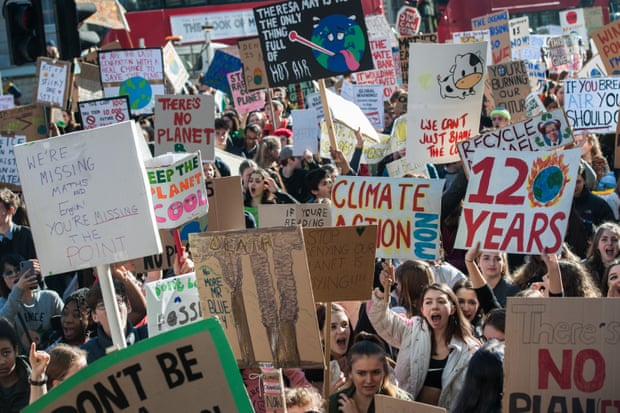 Over 1.4 million young students across all continents took to the streets on Friday March 15th for the first ever global climate strike. Messages in more than 40 languages were loud and clear: world leaders must act now to address the climate crisis and save our future. The school strike was the largest climate action in history.

“And yes, we do need hope. Of course, we do. But the one thing we need more than hope is action. Once we start to act, hope is everywhere. So instead of looking for hope, look for action. Then and only then, hope will come today.”

Our Responsibility to Future Generations and to the Biosphere

All of the technology needed for the replacement of fossil fuels by renewable energy is already in place. Although renewable sources currently supply only 19 percent of the world’s energy requirements, they are growing rapidly. For example, wind energy is growing at the rate of 30 percent per year. Because of the remarkable properties of exponential growth, this will mean that wind will soon become a major supplier of the world’s energy requirements, despite bitter opposition from the fossil fuel industry.

The Urgent Need for Renewable Energy

Both wind and solar energy can now compete economically with fossil fuels, and this situation will become even more pronounced if more countries put a tax on carbon emissions, as Finland, the Netherlands, Norway, Costa Rica, the United Kingdom and Ireland already have done. A Global Green New Deal is both necessary and possible.

Much research and thought have also been devoted to the concept of a steady-state economy. The only thing that is lacking is political will. It is up to the people of the world to make their collective will felt.

A Country of Immigrants

History has given to our generation an enormous responsibility towards future generations. We must achieve a new kind of economy, a steady-state economy. We must stabilize global population. We must replace fossil fuels by renewable energy. We must abolish nuclear weapons. We must end the institution of war. We must reclaim democracy in our own countries when it has been lost. We must replace nationalism by a just system of international law. We must prevent degradation of the earth’s environment. We must act with dedication and fearlessness to save the future of the earth for human civilization and for the plants and animals with which we share the gift of life.

Anticopyright: Editorials and articles originated on TMS may be freely reprinted, disseminated, translated and used as background material, provided an acknowledgement and link to the source, TMS: Our Lifestyles Must Change, is included. Thank you.