Debates over the history of colonialism have sparked controversies on university campuses in recent years, as illustrated by the removal of a statue honoring Cecil Rhodes at the University of Cape Town in 2015.
Desmond Bowles, CC BY-NC-SA

Academia is not immune to this trend. According to a recent study, some scholars have sought to promote “colonial nostalgia and white supremacy” by using the “scholarly veneer” of academic journals to spread “what are otherwise hateful ideologies.” What are the responsibilities of scholars in light of these developments? Are there any ethical limits to what is acceptable for debate in scholarly journals?

To take an extreme example, would an article advocating for genocide be fair game for publication, or is it beyond the ethical bounds of legitimate scholarly debate? That these sort of questions even need to be asked is a testament to the troubling times in which we live.

Recent academic controversies, such as the debate over the “Ethics and Empire” project at Oxford, which seeks to develop a “historically intelligent Christian ethic of empire” in order to justify neo-imperialist interventions in the present, have given a new sense of urgency to addressing the ethics of academic scholarship. Yet when leading historians and other scholars have challenged the legitimacy of such scholarship, the self-proclaimed champions of “free speech” have predictably claimed that academic freedom is under assault.

However, a scholar’s right to free speech does not entitle them to be granted unlimited access to whatever scholarly platform they desire. Scholarly journals have a right to reject any article they decide is unfit for publication — whether due to lack of scholarly merit or on ethical grounds.

The scholarly community also has a right to question the judgement of academic journal editors if they believe that a published article does not meet the basic standards of academic conduct.

This was precisely the situation that arose last year when a prominent international studies journal published an article praising the virtues of colonialism while ignoring the atrocities of colonial rule.

The “case for colonialism” debacle

When the Third World Quarterly published Bruce Gilley’s “The Case for Colonialism” last fall, it sparked outrage within the scholarly community. Not only did the article proclaim that colonialism was “beneficial” to the colonized, but it also advocated for the recolonization of former colonies by the Western powers.

Read more: Colonialism was a disaster and the facts prove it

In response, two petitions garnered over 18,000 signatures calling for the article’s retraction. The petitions argued that the article should never have been published since its account of the history of colonialism was deeply flawed and its recolonization proposal would violate the basic human rights of millions.

The publisher, Taylor & Francis, eventually withdrew the article. Yet they did so not for the reasons laid out in the petitions, but allegedly due to threats of violence against the journal’s editor. To date, the publisher has not released any concrete evidence related to these threats, nor have they explained whether a criminal investigation was conducted into the matter.

Although the petitioners welcomed the news of the article’s retraction, both critics and supporters of the Third World Quarterly viewed the publisher’s rationale for withdrawing the article due to violent threats — rather than a lack of scholarly merit — as setting a dangerous precedent.

However, the article was recently republished by the National Association of Scholars, a conservative advocacy group, in the name of supporting “academic freedom.”

Supporters of the Third World Quarterly had made much the same argument in a petition published in The Times last December, which stated that academic journal editors have a right “to publish any work — however controversial — that, in their view, merits exposure and debate.” 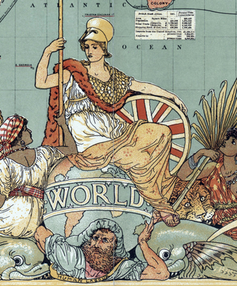 European colonialism was based upon the establishment of racial hierarchies that subjugated colonized peoples to European control.
Walter Crane/Boston Public Library

What exactly “merits exposure and debate” in scholarly journals? As the editor of a scholarly journal myself, I am a strong supporter of academic freedom. But journal editors also have a responsibility to uphold the highest standards of academic quality and the ethical integrity of scholarly publications.

When I looked into the pro-Third World Quarterly petition in more detail, I noticed that over a dozen signatories were themselves editors of scholarly journals. Did they truly believe that “any work — however controversial” should be published in their own journals in the name of academic freedom?

In late October 2017, I sent a hoax proposal for a special issue on “The Costs and Benefits of Genocide: Towards a Balanced Debate” to 13 journal editors who had signed the petition supporting the publication of “The Case for Colonialism.”

In it, I mimicked the colonialism article’s argument by writing:

“There is a longstanding orthodoxy that only emphasizes the negative dimensions of genocide and ethnic cleansing, ignoring the fact that there may also be benefits — however controversial — associated with these political practices, and that, in some cases, the benefits may even outweigh the costs.”

As I awaited the journal editors’ responses, I wondered whether such an outrageous proposal would garner any support from editors who claimed to support the publication of controversial works in scholarly journals.

Would they think that a case for genocide “merits exposure and debate,” or would any of the editors raise ethical concerns about its content?

As it turns out, nine of the editors declined to move forward with my proposal and the remaining four never responded. This seemed to be a reassuring sign that there were still ethical standards at work in the editorial decision-making process. However, the reasons for their rejections differed markedly, and very little had anything to do with scholarly ethics.

Two editors noted that their journals rarely if ever accept special issue proposals, while two others explained that the topic of genocide didn’t align with the focus of their journal. Interestingly, several editors expressed skepticism about whether there was a need for “balanced” debate on the topic.

More concerning were those who declined the hoax proposal but praised it nonetheless. For instance, one editor noted that the proposal “sounds fascinating.” Another offered encouraging advice and even stated that “I hope you do find an outlet.”

Of all the responses to the hoax, only one editor raised any major ethical concerns about the nature of the proposal itself.

Referring to the submission as “morally repugnant” and “offensive,” the editor said it was simply unthinkable to imagine that such a proposal could even have been submitted for consideration to a scholarly journal.

Here was a forceful defense of the ethical integrity of academic publishing if ever there was one. Yet why had this very same editor supported the publication of “The Case for Colonialism,” especially given the historical linkages between colonialism and genocide?

The ethical limits of scholarly debate

When a journalist brought the comparison between colonialism and genocide to the attention of Bruce Gilley, author of “The Case for Colonialism,” Gilley made a very revealing comment. He said that:

“It’s an absurd analogy. Genocide, I think everyone would agree, is a moral wrong. There’s absolutely no plausible philosophical argument that one group of people establishing authority over another is an inherent moral wrong. Human history is all about alien rule.”

This statement is remarkable in a number of ways. For starters, it ignores the fact that a basic principle of international law is that the “subjection of peoples to alien subjugation, domination and exploitation constitutes a denial of fundamental human rights.” 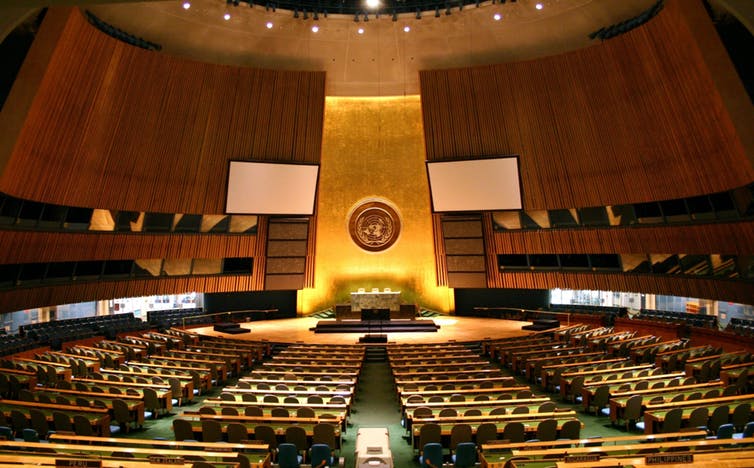 It also obscures the undeniable historical connections between colonialism and genocide. And, lastly, it is a tacit acknowledgement that an academic work which promotes a “case for genocide” is indeed beyond the bounds of legitimate scholarly debate on ethical grounds.

All the blustering rhetoric of academic freedom notwithstanding, it seems there is, in fact, general agreement that scholars must have at least some sort of ethical limits to academic debate. The key point of contention is where exactly those lines should be drawn. Gilley and his supporters would have us believe that making a case for colonial domination is well within those limits.

As for my part, I’ll stand with the more than 18,000 scholars who have argued that if an academic work is calling for the violation of basic human rights and fundamental freedoms, that’s a pretty good indication it doesn’t deserve the time of day from reputable scholarly publishers.