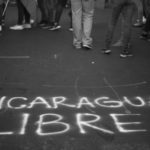 13 Apr 2020 – Nicaragua’s right-wing opposition is waging an information warfare campaign to undermine the elected Sandinista government, spreading fake news on coronavirus, while the state takes a balanced approach with close attention to the working class and poor. 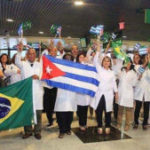 17 Mar 2020 – Brazil’s far-right government requested the return of thousands of Cuban doctors to help fight the coronavirus. Months ago, President Jair Bolsonaro smeared the doctors as “terrorists” and expelled them. 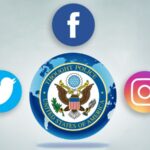 12 Jan 2020 – As the US escalates its hybrid wars, Twitter, Facebook, and Instagram are suspending accounts and censoring content that conflicts with Washington’s pro-war narrative. We spoke to several people silenced in these social media purges. 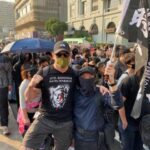 11 Nov 2019 – Bolivian coup leader Luis Fernando Camacho is a far-right multi-millionaire who arose from fascist movements in the Santa Cruz region, where the US has encouraged separatism. He has courted support from Colombia, Brazil, and the Venezuelan opposition. 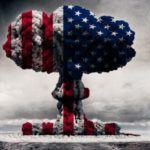 8 Nov 2019 – The only two countries that voted consistently against UNGA draft resolutions calling for a nuclear weapons-free Middle East and to stop an arms race in outer space.

28 Oct 2019 – The Grayzone editor Max Blumenthal has been arrested on false charges after reporting on Venezuelan opposition violence outside the DC embassy. He describes the manufactured case as part of a wider campaign of political persecution. 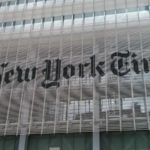 24 Jun 2019 – The New York Times has publicly acknowledged that it sends some of its stories to the US government for approval from “national security officials” before publication. This confirms what veteran NYT correspondents like James Risen have said: The American newspaper of record regularly collaborates with the US government, suppressing reporting that top officials don’t want made public. 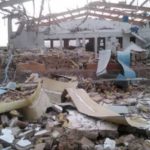 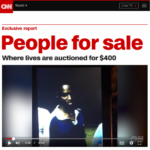 28 Nov 2017 – The American and British media have awakened to the grim reality in Libya, where African refugees are for sale in open-air slave markets. Yet a crucial detail in this scandal has been downplayed or even ignored in many corporate media reports: the role of the North Atlantic Treaty Organization in bringing slavery to the North African nation.

31 Aug 2017 – A coalition of Saudi Arabia, USA, UK and UAE has relentlessly bombed Yemen since March 2015. There are no other parties bombing the country, so media cannot feign ignorance as to who is responsible for the attacks. But reports on the bloody US/Saudi coalition airstrikes were nonetheless rife with ambiguous and downright misleading language.

In one of the most contemptible of recent political developments, we now know that the great secular, democratic nation of Turkey is directly aiding ISIS to crush the Kurdish resistance. This proud member of NATO sat on its hands for weeks, watching across the Syrian border as Daesh fascists tried to take over the town of Kobane.

28 Oct 2014 – Israeli Defense Minister Moshe Ya’alon has officially banned Palestinians from traveling on Israeli-run public transportation in the West Bank, according to a new report by Haaretz, Israel’s most prominent newspaper.